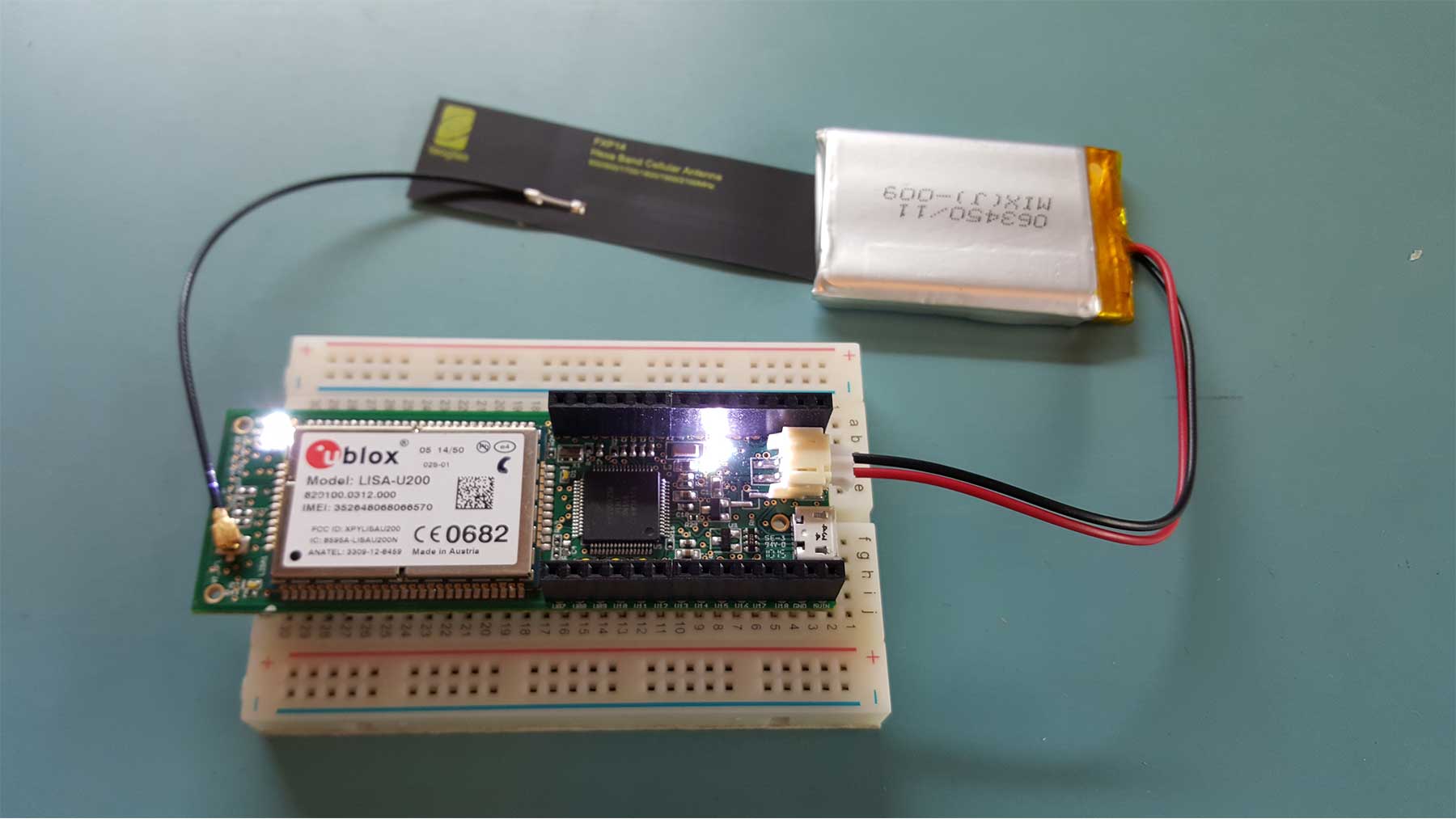 I used to work in a battery testing facility. I still remember driving a prototype to the current wave of hybrid cars in 2000 and sitting on my hands for years until actually seeing a Prius in the wild. Back in those days batteries were still finicky things with terrible battery memory, and limited charge cycles. I really envy young electrical engineers today because there are so many more options for batteries and power management for cellular IoT projects available at drastically low prices, with decreasing learning curves.

You can choose Li-Ion, Li-Ion or Li-Ion batteries

There are several different battery technologies, but rechargeable (secondary) Lithium Ion is the current leader. The battery memory effect is drastically reduced. Cell phones using Li-Ion batteries usually make it to 80% of a two-year contract before needing to be replaced. Apple is claiming that several of their laptops can run up to 1000 charge cycles and can run all day without needing to be plugged in.

How a battery's chemistry affects its charge

To properly use a battery, you need to understand a little bit about how the chemistry affects the useful life of a charge. The first thing to understand is that battery life, as a percentage, is a well orchestrated lie.When your device says that it’s at 87% charge and then five minutes later is at 85% charge, it’s telling you the best fiction that math can concoct. The battery life is constantly changing due to usage patterns, temperature, and device energy draw. Still, it’s a useful set of numbers because it tells you whether you can go several minutes or several hours without needing to plug back in.As you can see in the chart above, 80% of the battery life is from 4.2V down to ~3.6V. The last 20% is a guess based on previous discharge, if the gadget is actually keeping track. More likely is that the device that is measuring the battery has established a curve and is reporting based on that curve.

How to keep track of a battery's state of charge

There are quite a few companies in the battery management market, offering chips that charge, regulate, and measure the state of charge (SOC).Texas Instruments has some of the best documentation and community on their site. If you’re brand new to batteries, I highly recommend watching their videos and trying out their web tools.Linear Technology, in addition to having the most accurate and fastest circuit simulator, offers up the highest performance parts (either most efficient, smallest size, or highest current). For example LT offers up great solutions that charge a battery and offer +3.3V and +1.8V taking care of low power microcontrollers and peripherals.ST Micro or Maxim also offer solutions I'd recommend looking into.

The importance of battery form factor

Because of our culture’s obsession with style (small, flat devices), battery designs tend to be customized to the application. Unlike legacy batteries (9V, AA, AAA, etc), the newer batteries tend to be flat.One of the most popular designs among hobbyist is the kind offered by Sparkfun. So many people have based designs off this battery, we’ve used the same connector so that the majority of hobbyists have an easy time connecting to the Konekt Dash and Dash Pro.

Auxiliary charging devices have gotten cheaper and their capacitance has increased. Although the enclosure and cable costs will make them more expensive than an internal battery, allowing the customer to grow and utilize an external battery pack can make for an interesting design. Making it easy for your end users to augment battery life with an external battery will definitely put you on the winning side of a spec arms race.If you’re working in low volumes, I recommend the Sparkfun battery, or Ali-Baba / Ali Express. Beware using Ali Express as your high volume supplier, because vendors come and go and the 100 units you bought may have been from a surplus sale and might not be available the next time you order.I often work with my contract manufacturer and leverage their partnerships for selecting battery vendors. If you’re looking for a specific company, I would recommend ZEUS Battery Products, as they do huge volumes with Samsung and have literally hundreds of battery engineers.

The final thing to keep in mind is the regulations on shipping Li-Ion batteries have gotten more strict and have been changing every six months or so because of some hush-hush fires that have happened on cargo planes.This affects flying with prototypes because you aren’t allowed to fly with extra batteries and your prototype may be confiscated, especially if it’s in checked luggage. More importantly though, this affects shipping. Even if you are using ground shipping, you need specific markings on the packaging and the batteries have to be packaged in a certain way.

There are different regulations for devices that are shipped with connected batteries than those that are installed by the end customer. It’s a relatively low cost addition to add battery pull tabs to get the looser restrictions as well as keep your name out of the news (FYI, fire on a plane is bad publicity).The best way to navigate the changing rules is to work with a Third Party Logistics (3PL) company that understands the rules and will help you design your packaging both from the manufacturer to the warehouse, as well as the final customer packaging. This is much better than having to jump on a plane and fly to a foreign customs agency and try and get your cargo container of parts out of custody from a grumpy public official.

Batteries complicate the physical, electrical and logistical elements of a design. They have become a reality on just about every consumer device, and the competition has made the expectation of battery life longer and longer. Luckily semiconductor manufacturers have great devices and resources to explain the design.Battery manufacturers offer ever more complex products, and 3PLs are keeping up with the regulations allowing you to design a mobile device that opens up new market segments and an opportunity to truly innovate. Whatever it is that you’re working on, we look forward to seeing it enrich the world.‍