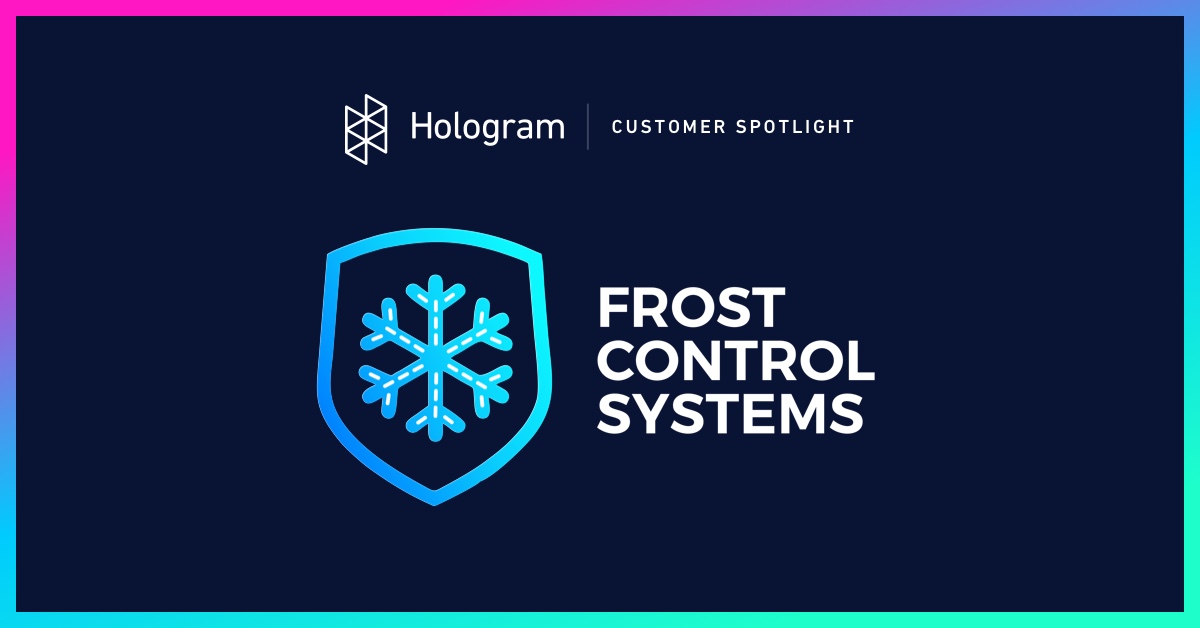 Learn why Frost and other fast growing companies choose Hologram →

Frost Control Systems has a growing number of deployments serving cities across Michigan, Indiana, and Nebraska. As Frost's sensors rely on cellular connectivity, finding a major US mobile network operator with adequate coverage across all the cities they serve proved not possible. Instead, Frost relied on managing multiple mobile carrier contracts and various fiber optic access points to transmit road sensor data back to city officials.

As demand for Frost’s proprietary monitoring system grew, managing these separate carrier contracts became a blocker to growth. The time spent identifying a carrier with optimum service to each remote location was more expensive than the contract itself. Even after identifying a preferred network, contracting with the carrier usually came with restrictions that limited automatic network redundancy in case of unexpected service disruptions.

Being prepared for future network technology would also play a role in Frost's growth. They had various hardware generations in the field with some requiring 3G and others using 4G Cat-M1 LTE-M.

With these requirements, the team began to look for a single "super network" that would achieve the trifecta of coverage, compatibility, and cost.

Pricing is always part of the decision when switching carriers and for Frost, it was critical to get right.  Cities and municipalities have an enormous need for connected sensors with automatic carrier network redundancy, but frequently lack the budget to implement a fully scaled solution.  The primary reason for Frost's early success came from how affordable their system is to deploy and maintain.

At 1/10th the cost of equivalent road condition equipment, they were able to deploy the dense network required within a city environment in a cost-effective manner. One of the key costs in such a dense sensor network is cellular connectivity. Hologram’s low data pricing, billed per kilobyte, provided Frost the ability to optimize and keep costs low.

Using Hologram enabled Frost to move into new geo-markets faster, maintain existing customers with industry-leading uptime, and decrease overall costs from connectivity. If you would like to know why the fastest growing IoT projects choose Hologram request a sales demo today.