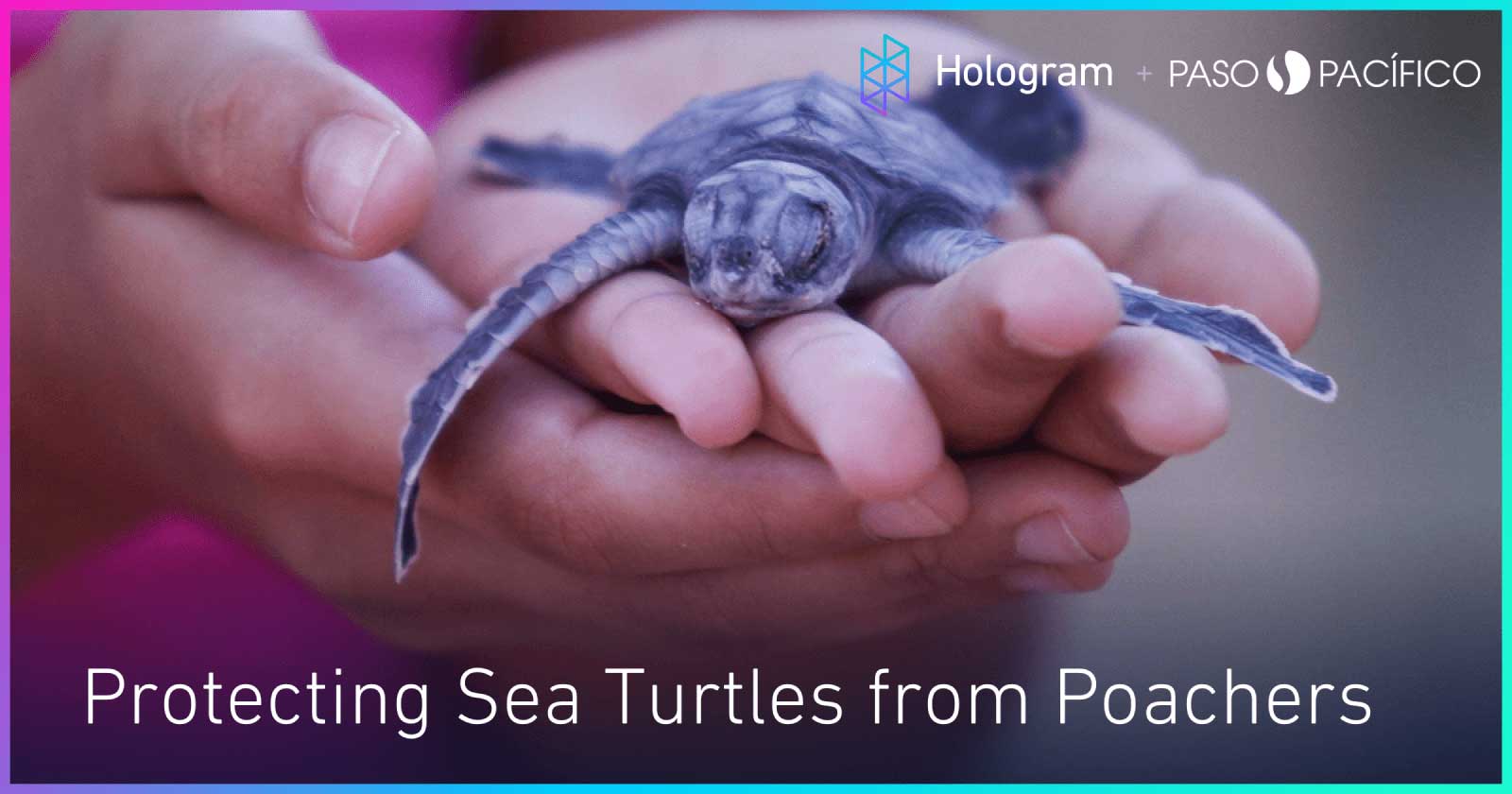 When Paso Pacifico wanted to save baby turtles from poachers, they chose Hologram to stay connected across North and Central America.

When Paso Pacifico wanted to save baby turtles from poachers, they chose Hologram to stay connected across North and Central America.

Paso Pacifico is a wildlife conservation group whose mission is to restore and protect the endangered dry tropical forest, mangrove wetlands, and eastern Pacific coral reef ecosystems of Mesoamerica through a network local communities, landowners, and partner organizations.

Taking Back the Beach

In 2008, Paso's team grew frustrated with the extreme poaching of sea turtle eggs. Early data showed 80-90% of turtle nests were affected. While poaching is already illegal, local governments lack the resources to ensure the turtle’s safety.

To combat this poaching, Paso started the Turtle Ranger program. Aimed at educating local communities on the vital role turtles play in the ecosystem and train volunteer groups on how to protect their beaches. Each night groups of Paso Pacifico Turtle Rangers walk beaches identifying nests, collecting data, and protecting turtle eggs.

As the Turtle Ranger program continued, the number of turtle nests began to rise. As a result, poachers became more aggressive. With more needing to be done to eliminate poaching Paso decided the next step was to use technology to identify black market hot spots.

Tracking Eggs in the Black Market

Paso Pacifico Conservation Scientist Kim Williams-Guillén proposed the idea of creating a cellular GPS tracker hidden in a 3D printed egg that looked and felt like a real turtle egg (which is about the size of a ping pong ball).  Kim intuitively called her invention the investEGGator.

Kim designed the investEGGator eggs to track batches of turtle eggs as they moved through the black market, various countries, and the cities they ultimately ended up in. Paso Pacifico could then use the information gathered to identify where community education programs were needed and as required, inform local authorities.

To make the egg trackers seem as real as possible, Paso teamed up with a Hollywood special effects artist and a manufacturer from China. With their help, the idea became a reality and Paso had their first batch of investEGGator eggs ready for testing.

The first batch of eggs was tested in Ann Arbor, Michigan using T-Mobile IoT SIM Cards. However, when the same batch of eggs arrived in Central America, it was discovered each unit would need access to different cellular networks depending on the location of the beach.

With the effectiveness of the project at risk, Paso explored every option available to get the test eggs connected. Being a foreigner in Central American compounded the barriers as each local carriers required its own separate process before selling SIM Cards in bulk. Eventually, Paso successfully connected the test batch although the lack of network switching limited data reporting and ultimately egg tracking effectiveness.

After regrouping, the team discovered the Hologram IoT SIM Card. By modifying a single line of code in the investEGGator’s firmware each egg immediately gained access to Hologram’s global network, eliminating any coverage issues they had struggled with before.

Hologram’s global network made research and development easier with each partner using the same network no matter their location. From China to Michigan to all over Central America, Hologram kept each investEGGator connected.

“By being able to use Hologram we program our eggs one time and they are then able to work with all of the major networks in the countries we deploy in. Moving to Hologram has been huge for this project.”
Kim Williams-Guillén﻿

To date, the Turtle Rangers and investEGGator have decreased turtle poaching by nearly 90%. With Hologram’s automatic carrier switching capabilities Paso is able to give baby turtles a fighting chance and the most affected local communities are learning how they can protect their natural ecosystems.

Learn more about Paso Pacifico and how you can support their efforts to preserve Central American wildlife by visiting https://pasopacifico.org/.