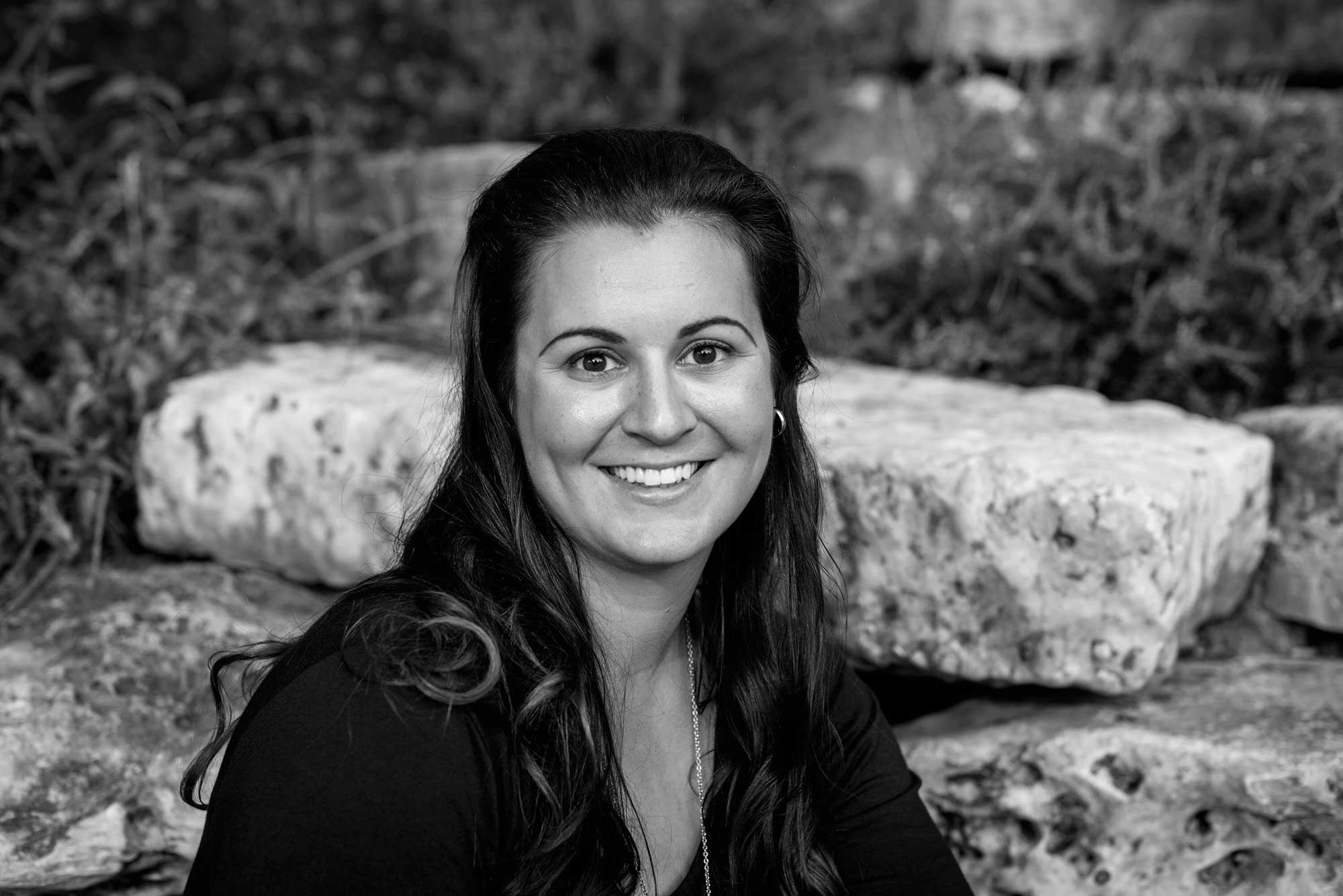 Some people turn to Siri or Alexa when they have a question or need help. Hologram employees turn to Flavia Logsdon instead. It has led to some good-natured teasing around the office. “There’s been a running joke throughout the years that I’m a sophisticated artificial intelligence,” she says.

Flavia is Hologram’s Chief of Staff, interim head of people, project manager, spontaneous equipment fairy, and served as executive assistant to company CEO Ben Forgan. In fact, Flavia plays a role in just about everything that happens at Hologram — and a lot happens.

“I like high stakes situations where I have a lot of balls in the air,” she says. Fortunately, she’s a good juggler.

Flavia, 33, has been with Hologram for more than five years. When she first joined the company, she immediately stepped into the role of start-up triage nurse, diagnosing and treating the problems or obstacles the company faced. As Hologram grew, her core duty changed. She’s now the right-hand person to Ben. “This can mean different things at different times and changes often,” she says. “Ben has stuff coming from every direction, and I help him manage priorities and, more importantly, protect his time.” She calls herself a force multiplier — it’s her job to get more done with the same amount of effort — and to help Ben do the same.

She also knows the company inside and out, and can seamlessly be deployed to other departments to fill voids, assist team members or offer support.

Flavia is strictly organized in her work life, but also very aware of the importance of empathy and mindfulness in her role. To paraphrase the Roman Emperor Marcus Aurelius, she’s tolerant with others and strict with herself. The comparison isn’t accidental — Flavia and CEO Ben Forgan are both students of Stoicism. The philosophy was made famous by Aurelius and practiced by historical figures including Theodore Roosevelt and Thomas Jefferson, and by more modern political leaders such as Cory Booker and Bill Clinton. It’s a happy coincidence that the two share the same philosophical framework, and helpful as they navigate the company’s journey.

Born in Romania, Flavia and her family emigrated to Canada when she was three after the Communist dictator Nicolae Ceaușescu was executed and the country was wracked by large anti-government demonstrations. They later moved to New Hampshire, where Flavia attended middle and high school. Her parents were avid readers of philosophy and she grew up surrounded by discussions of Aristotle, Voltaire, and Nietzsche.

She started college at age 15, initially studying computer programming but later switching to math. She studied both math and philosophy. “I want to solve big problems,” she remembers thinking.

Being in college so young was a challenge and a lesson in self-awareness. “I remember realizing that I was the only one rushing to get from Calculus II to Driver’s Ed,” she says.

After college, she worked in financial management for the U.S. Air Force in Alabama, where she met her husband, a software engineer. She then took a job teaching high school math for three years. “I love teenagers,” she says. “They’re so funny. The math wasn’t the important part.” Instead, she focused on logic, financial planning, and life skills, which was what they needed.

Flavia brings the same sort of purpose and organization to her own home that she brings to Hologram. With the entire family working or learning remotely, it’s kind of a necessity. But working remotely has led to creativity as well. “I can get a lot done from my house, or a coffee shop, or my car,” she says.

Working from cyberspace hasn’t dampened her relationships with peers. “I feel like I’m just as much a part of the team as anyone else,” she says.

Flavia played a large part in creating Hologram’s remote teamwork atmosphere. Firstly, she emphasizes to employees the importance of phatic communication — just silly, goofy chit chat between colleagues — in creating bonds at work. Communication with a social function, rather than an informative one, is critical to creating bonds between team members, she says. She also implemented the use of the app Donut, the cyber version of people standing around the water cooler and joking around with each other, as well as “two word check-ins” at the beginning of meetings — participants using two words to describe their current state of mind. She encourages employees to “be human,” and not always in work mode. Such small prompts can make a difference, she says. “These little interactions can remind you that you and the person you’re talking to are both real people,” she says.

Flavia’s current path has included lots of twists and turns, but she likes it that way. “I like challenges that are nonlinear and ambiguous,” she says. Flavia strives to utilize respect and appreciation when interacting with the person needing assistance. “People want to be treated with kindness and mindfulness,” she says. “They want to be valued.”

When she’s not working, she’s taking care of her four children, carting them around to sports events, or working on house projects with her husband. Moving electrical wires and tearing down walls is not outside of her comfort zone.

She thinks a lot about her goals and intentions, and the way they affect how she lives. Like most people, she strives for success. The difference lies in her definition, she says. Success can be defined in terms of time or quality of relationships. “What kind of richness are you looking for?” she asks.