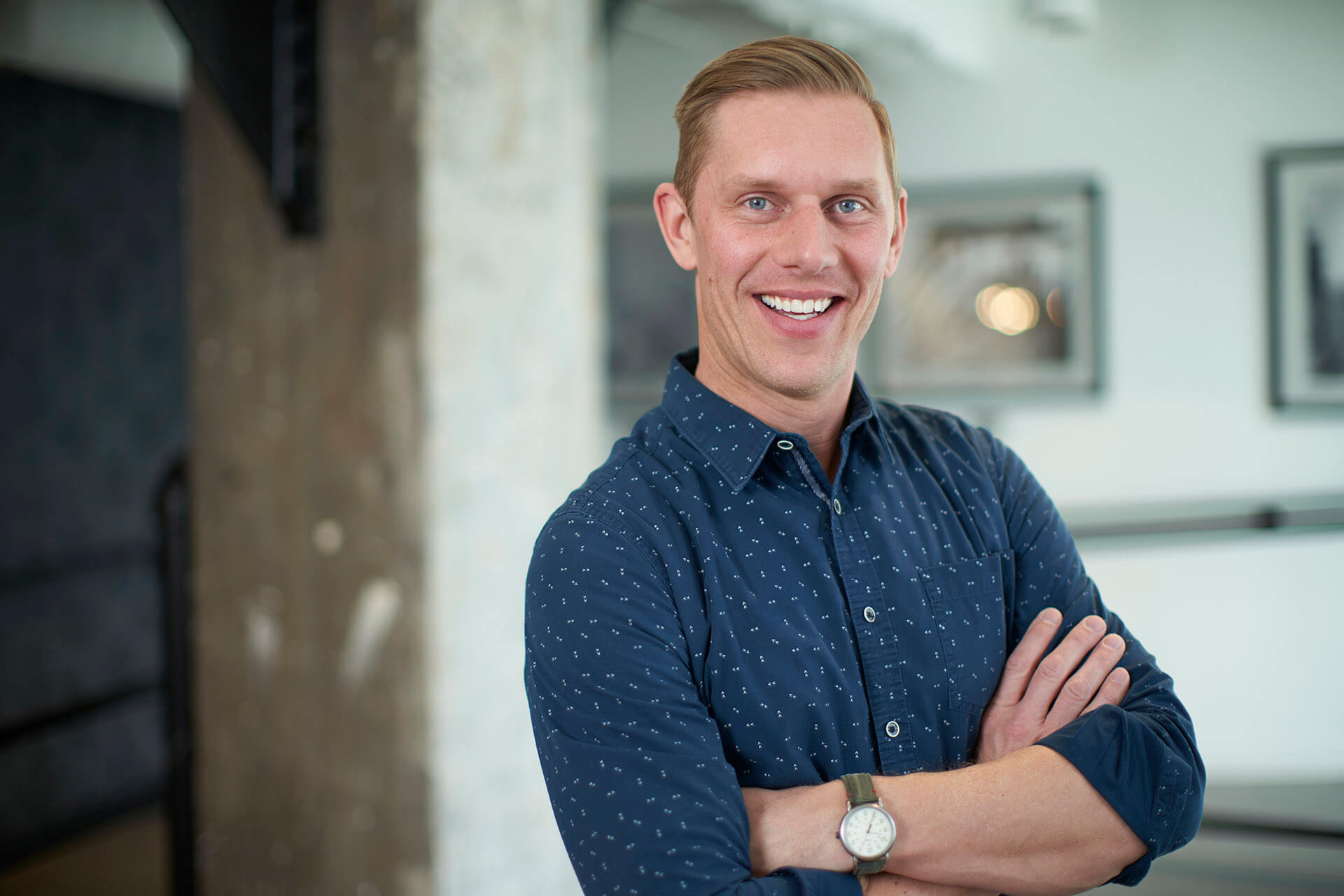 Kevin Baumgart didn’t get his first tattoo until he was 33 years old, and for the next three years, he inked himself with images of places and things important to him. Then he was done.

Kevin definitely knows what he likes. And when he met the principals of Hologram, his radar picked up something cool. He had the luxury of interviewing with them over a period of three months, and he increasingly realized it was a place he wanted to be.

“They were the smartest group of people I’d ever met,” he says.

Kevin serves as Hologram’s Vice President of Sales, a role he took on a year ago. He inherited a dream team of sales reps, he says, and he loves being a part of it — though he occasionally wishes he was out in the field with them.

“I’m envious of our sales team because they’re talking to customers all day, every day,” he says, and they’re hearing about all the cool stuff Hologram’s innovative customers are doing with cellular connectivity.

It’s true that Kevin spends a lot of time at his desk. But his hobbies keep him moving. On a recent evening when the temperatures were dipping near freezing, he was checking the waves on Lake Michigan in case there were enough swells for an evening surf. Yeah, he surfs Lake Michigan.

Even before surfing, though, Kevin prioritizes hanging out with his adorable 5-year-old daughter and his new wife, whom he married last summer. She surfs, too — she decided it was worth learning the sport in order to spend more time with him. In Kevin’s down time, he rides motorcycles and occasionally builds them from scratch.

Kevin grew up in the southeastern part of Wisconsin, and went to school at the University of Wisconsin. Since college, he has spent his entire career at early stage entrepreneurial tech companies, much of it in Chicago, a city he quickly grew to love. Even after moving back to Wisconsin eight years ago, he happily commuted four hours a day to Chicago.

Before joining Hologram, he was the first employee outside of the founders at Hireology, a tech-driven platform to help companies hire the right people. It has since grown into a multimillion dollar software company. He still lives in Wisconsin, and due to COVID is currently working via Zoom. But even after COVID, he’ll be able to use commuting time for surfing — Hologram has become a 100 percent remote company, a decision which has dramatically expanded its pool of qualified applicants.

Surfing in freezing temps and riding motorcycles can certainly bring on adrenaline rushes, but the ensuing rush is perhaps very similar to how Baumgart feels when he’s part of a successful startup. He loves the variables, he says, and the challenge of preparing for uncharted territory. “I thrive on ambiguity,” he says.

He saw that kind of excitement at Hologram. “Our business is changing a ton,” he says, and cellular connectivity is literally changing the way the world works. “We get to work so closely with these innovative IoT companies.” He has watched in awe as Hologram products have helped more health care agents work remotely, and assisted shipping companies in tracking supplies.

Kevin believes Hologram’s ethical standards and transparent work environment allow for a happier, more productive employee base. Even new hires can see how the company works, and essentially can witness a startup’s growth. He credits the company’s Decision-Making Framework for creating a company in which every employee has a stake and feels valued.

Kevin feels certain the pandemic has fundamentally changed the way businesses operate. “Every business has realized you don’t need to have people in the office to be productive,” he says. Working from home can lead to results, too — and perhaps even leave time to catch a wave or two.

The best time to surf Lake Michigan is when a storm is sweeping through, or when the wind is whipping up waves. Surfers can often be found zipping up neoprene wetsuits and braving the frigid waters well into winter, and after the sun sets. When the going gets rough, Kevin puts his head down and paddles into the unknown, waiting for the coming swell to lift him up and carry him back toward shore. It’s an exhilarating thing to do, and the thrill is worth it.