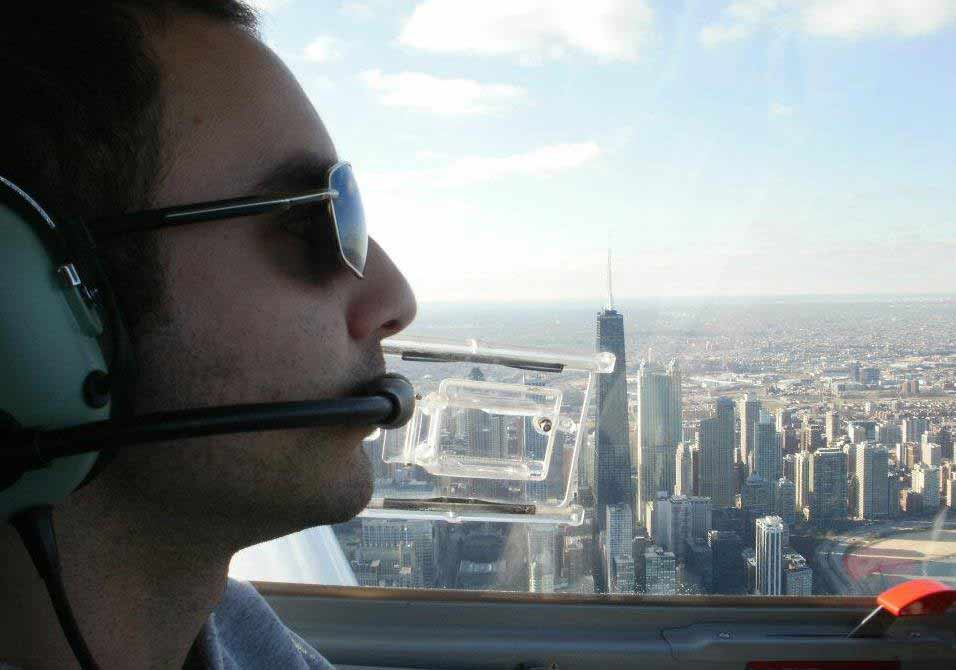 This interview is the first in a series of profiles on the wonderful folks that work here at Hologram. My name is Flavia and I am the Executive Assistant for Hologram and one of the projects I am working on is setting aside time to interview the great folks that I work with. I’m very excited about getting a chance to showcase our amazing team, from their technical proficiencies to the wonderfully human and interesting aspects of their personalities.First up, we have veteran Full-Stack Engineer Reuben Balik. A 30-year old Chicago native, Reuben currently lives in Chicago with his wife Sammi. An alumnus from the University of Illinois at Champaign, Reuben worked at Bytemobile and Citrix before joining the Hologram team in 2014. Reuben is a Capricorn born in the year of the Ox and his favorite color is blue. Soft-spoken and unassuming, Reuben has the kind of subtle strength that is quite rare. He is my personal go-to person for questions, perhaps because he is a gold mine of information or perhaps because of his patience and consistency. Reuben’s dry sense of humor is always a welcome relief from all the technical mumbo-jumbo (sorry, guys) in the Slack channel. I’ve always felt like there was much more to Reuben than his amazing engineering skills, so I was quite excited for Reuben to be my first interviewee. Late last Friday afternoon, I asked Reuben to hop on a call with me so I could ask him some questions, and he most certainly did not disappoint. Let’s dive right in, shall we?

How long have you been at Hologram? Since December 2014. I was the first hire after Pat. What made you leave Citrix and come to Hologram? Citrix wasn’t really much of a challenge anymore. It was a lot just fixing bugs for a product that was kind of obsolete. I was looking for something different, wanted to learn something new. When thinking about the work culture at Hologram, what is it you enjoy? It's a little more laid back: it's kind of a flat structure. Everyone is involved in the decision making. You don't have to go through layers of management to get approval for anything. Everyone in the company is empowered to do a lot, and things tend to happen by consensus. Tell me a little about what you do at Hologram. Little bit of everything, I guess. I do a lot of work on our API. I have been working a lot with hardware manufacturing process, like writing software to test our boards. I’ve also been working a lot on carrier integrations, the cloud router, space bridge, and test fixtures. A little bit of everything. What personality traits, within yourself, do you attribute to enjoying this work culture? I am very patient, and that just helps with dealing with and solving a lot of problems that there aren’t necessarily easy solutions for. If something kind of bugs me, I tend to take charge and fix it. That's good in this situation.

What is your favorite place you’ve been while traveling for work? Probably San Francisco. It’s a pretty cool city. We went out to a pretty good sushi restaurant the last night we were in town, a really well known place - Ben found it. It was just a really cool trip in general.  We stayed in this really nice house. It was sort of turned into a whole hacker house where we were working on projects.What's the most interesting thing you’ve been working on recently here at Hologram? Building up the test software for the boards was pretty interesting. I learned a lot there. I have been learning how to build up user interfaces and applications. For the test fixtures specifically, I had to build up this user interface that would be easy for someone in a factory to look at and see if the test passed or failed, and then be able to run the next test. That was very interesting. As part of that, I learned a little about USB programming and doing serial programming to talk to one of our boards from a Raspberry Pi. It was cool. What is the most unexpected or surprising thing you have had to do during your two years here? I would say two different things for that. One was all the Operations stuff I was working on for a while: doing all the shipping and dealing with logistics stuff. That was something I wasn't really expecting and didn't really know a whole lot about. I ended up having to learn a lot about it really quickly it was a good experience getting into that stuff. The other thing was probably going to trade shows. Talking with people wasn't really part of my job before, so that was interesting. Going to Vegas and California for these trade shows and talking to hundreds of people about the company was interesting.

Outside of your work, what are your main hobbies? I have a pilot's license, so I like flying little planes around. I enjoy that. Last week, I was in Wisconsin, at this big aviation thing called Airventure. It’s a massive aviation fly in and meet up kind of thing that happens in Oshkosh every year, where thousands of people will come in for from all over the world. All the plane manufacturers are there, and they put on this amazing air show. There’s Air Force planes and old WWII fighters, and the Canadian Air Force has a group called the Snowbirds that come, and they did a really good show too. It was pretty cool.

Anything else? I like going out to bars and trying different craft beers, but I don’t like it if it’s super noisy. Not really a fan of crazy dance clubs. Oh, and I watch a lot of Netflix. My wife and I are getting into Veep lately.  I like Mr. Robot a lot. I am a little behind on that show, but I really like that one. Marco Polo is really good, Game of Thrones, the usual stuff. I am pretty open to most things, I guess. Like, I’ll try anything once, but no noisy dance clubs. What's your spirit animal?Barack Obama is my spirit animal. What is a book that has shaped you as a person?That's a really good question. I do really enjoy reading a lot. You could put that down as one of my things. I remember really liking reading The Hitchhiker's Guide to the Galaxy, that's one of the few books that I’ve read multiple times. What is something from that book that sticks out to you? Give me a reason to read it. The overall tone. It has this great, really dry sense of humor that I like. I like that the whole universe is sort of a bureaucracy. What science fiction character do you most associate with, and why? I guess I would probably go with Geordi La Forge from Star Trek: The Next Generation. I mean, he’s just like an engineering superhero. If you were to run into the Doctor from Doctor Who, where would you travel to… the future or the past?  I’ve never really watched Dr. Who, but that’s a tough question. I think it would be cool to go back to the past, around the founding of the country. That would be pretty interesting. Would you want to time travel for a while, given that you could come back the exact moment you left from?You know, time travel has never really appealed to me that much. Besides the potential for messing everything up, I feel like going to the future spoils things. I would rather stay in the present and help build the future.Last one. Tell us a secret, make it interesting. I don't know if I have any really good secrets.  I don’t know if you want to put this as the secret, but I’ve never played Settlers of Catan. I just thought of a better secret. I know a ridiculous amount about the show The Bachelor… because Sammi watches it.

Read more about the people behind the platform in our Hologramers Series.