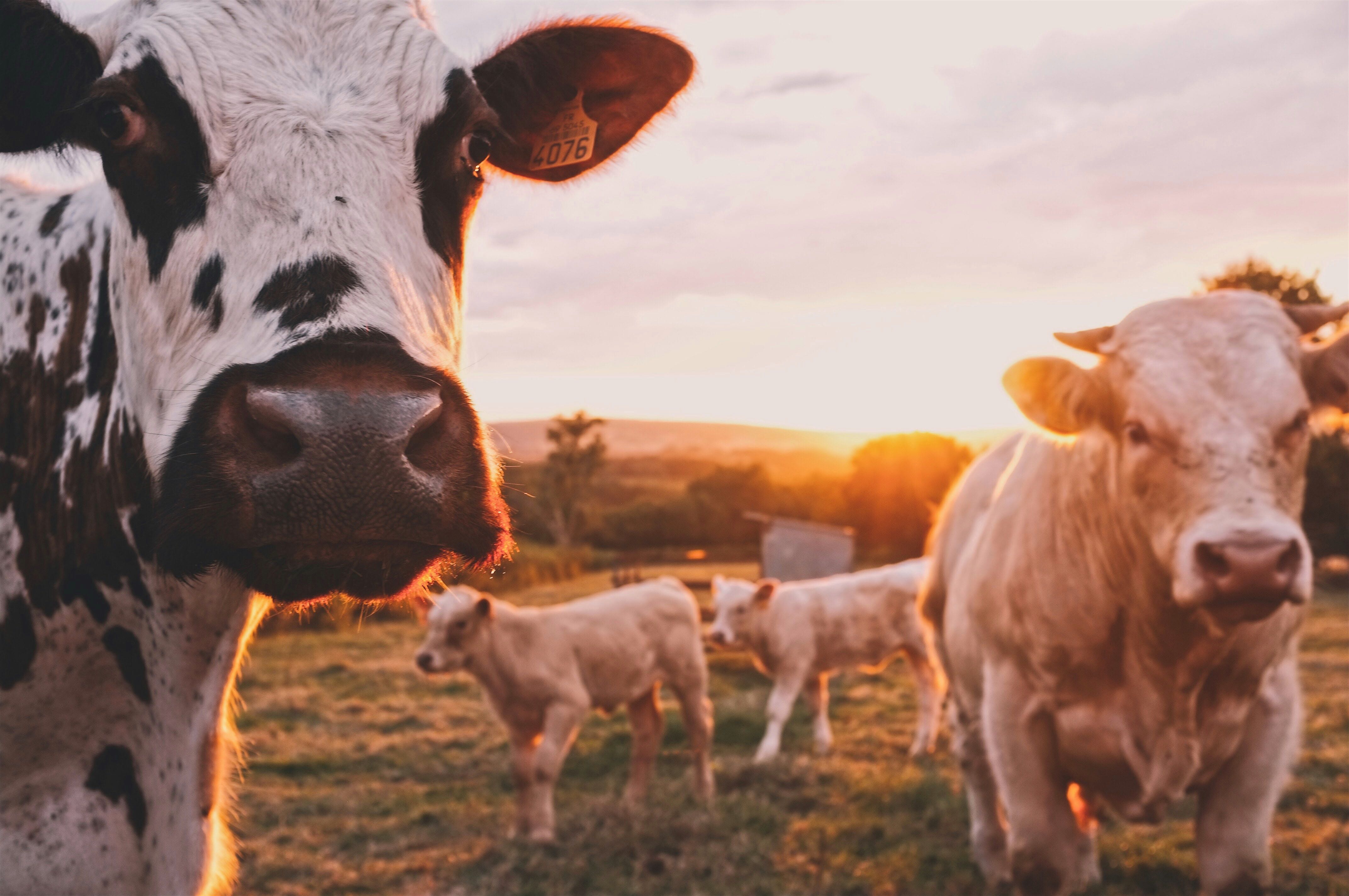 6 Smart Ways to Use IoT in Agriculture

What is Smart Farming?

To that end, the agriculture industry has come up with IoT-based solutions that make for higher crop yields, reduced water usage, less need for pesticides and fertilizer, lower food costs, reduced runoff and resulting impact on natural ecosystems, and increased worker safety.

There are agtech startups incorporating IoT for just about every aspect of farming—from Granular, which offers farm management software that monitors an entire farm operation with high-frequency satellite imagery, to La Ruche Qui Dit Oui, which provides e-commerce marketplaces that connect farmers directly to suppliers or consumers without a middleman.‍

Why is Smart Farming Critical Now?

Human populations around the globe are facing new and growing challenges in regards to food production. Smart farming will play a critical role in providing sufficient food for future generations in a sustainable way. Let’s take a look at a few of the obstacles facing the world’s farmers today:‍

As populations grow around the world and economic conditions improve, natural resources are depleted at increasing speeds. For example, large-scale depletion of groundwater in the U.S. tripled between the 1950s and the 1990s. Resource depletion is also driving climate change, a growing threat that demands more sustainable approaches to agriculture.‍

The amount of arable land around the world has decreased by one-third over the past four decades. Erosion and pollution are primarily to blame, and the consequences could be dire unless farmers find ways to maximize production (and minimize further damage) on land they can still cultivate.‍

In developed countries such as the U.S., farms face major labor shortages as the number of immigrant workers continues to fall. By automating many tasks, smart farming can reduce the need for human workers in the field, offsetting the labor shortage problem.‍

The United Nations’ Food and Agriculture Organization forecasts that the world’s population will reach 9.1 billion by 2050, requiring a 50 percent increase in food production. Keeping up with such demand will be a massive challenge requiring creative new approaches to agriculture.‍

What Are the Benefits of Smart Farming?

Smart farming offers many benefits, increasing efficiency and productivity for agriculture around the world. Here are a few of the benefits:‍

When farmers monitor soil and weather conditions continuously, they can optimize tasks such as planting, watering, fertilizing, and harvesting. With access to real-time insights, they can make better decisions about when and how to care for their crops. Farming with such precision increases productivity, sometimes by a dramatic percentage.‍

Reduces Need for Pesticides and Fertilizers

Rather than applying pesticides and fertilizers across every acre of their crops, farmers who rely on IoT monitoring can target interventions to areas where they are needed.

6 Ways to Use IoT in Agriculture

Let’s zoom in and take a look at six ways farmers around the world are using IoT devices for smart farming.‍

Currently, agricultural robots are often used to harvest. They can also locate and pull weeds, monitor environmental conditions, and conduct soil analysis. Drones can be programmed to monitor plants for stress, recommend nitrogen, assess for drought, and even plant trees by firing seed missiles. They can view geotagged images from the air to gather information on plant height, count, health, disease, nutrient presence, and weeds.

Robots fitted with high-res cameras work by moving through a field, inspecting and monitoring plants or animals, and sending real-time images to the farmer’s smartphone. For example, Biocarbon's drones aim to fight deforestation by decreasing the time it takes to replant deforested land. Its drones fly over a candidate site, collect data about the best places to plant seeds, and then launch seed pods that will grow into trees.‍

Precision agriculture uses predictive analytics to automatically gather and analyze data that help increase a farm’s efficiency, production, and yield. Precision agriculture helps eliminate nutrient overuse and can reduce the overall environmental impact of agriculture while still increasing crop production yields. That’s important, especially in a world where more than 113 million people experienced acute food insecurity in 2018, and 143 million more were on the verge of it.

Predictive analytics looks at historical farm data, as well as current and predicted information, to make decisions. It requires a broad array of data about soil, climate, and crops, provided by sensors and weather stations, and uses machine learning to develop models for farmers to consider.

One example of precision agtech is Gamaya’s hyperspectral imaging technology, which uses a camera to collect information about crop-affecting factors from across the electromagnetic spectrum. It combines that with other data sources, such as satellite observations and terrestrial sensors, and then uses machine learning and AI to turn that into information a farmer can act upon.‍

IoT-connected devices give farmers a leg up when it comes to monitoring their animals, even from a distance. Having access to data about animals and their well-being means farm managers can make better decisions more quickly, and that can lead to better profit.

Smart devices can help farmers monitor animals’ feed and water (and provide more when needed), location, and overall health, including fertility. Devices can alert the farmer to a potential health problem before the animal shows visual symptoms, and even advise of the animal’s GPS coordinates. Sensors send information by cellular connectivity, and then algorithms process that information and provide insights to the farmer.‍

Cowlar, for instance, makes smart collars for cows. A cow’s neck collar monitors the animal’s temperature, activity, and behavior, such as whether it is eating, sleeping, ruminating, or showing lameness. That data transmits to a solar-powered cow router that picks up data from all cowlars within a two-mile range. It then goes to the farmer’s smartphone.‍

Wireless sensors monitor crop conditions and send data to a smartphone. That helps farmers track their crops closely, even from a distance, and make quick adjustments as needed for better production and yield.

Smart ag uses various types of sensors, including location ones. Optical sensors measure soil properties using light. Electrochemical sensors determine pH and soil nutrient levels by checking the soil. Other sensors measure how compact, moist, or permeable soil is, and monitor air temperature and humidity, which can, for instance, alert a farmer to frost.

Some sensors, such as Phytech for corn, attach directly to a plant. Phytec sensors continuously measure changes in the stem’s diameter. That information is analyzed by the company’s algorithms, and the grower learns about any plant stress right away. They know whether a plant is stressed and needs water by the hour; it also allows them to save water when extra watering is not required.‍

Smart irrigation is a technology that makes irrigation more efficient. Areas traditionally inaccessible, for instance, can sometimes be planted and irrigated. Plants can even be watered individually, depending on need. That can save tremendous amounts of water that would otherwise be wasted by watering indiscriminately.

Smart irrigation controllers use local weather data such as temperature, wind, solar radiation, and humidity to adjust an irrigation schedule. They can calculate evapotranspiration, the combination of evaporation from soil surface and transpiration by plants. Some systems measure moisture in the soil and transmit that reading to the controller.‍

WaterBit Carbon is one example of a smart irrigation sensor. The unit splits a field into “microblocks,” which can be a more extensive section of field or just a single row of plants, and it monitors soil moisture, soil temperature, plant health, and other factors. Then its remote valve controller lets a farmer manage how much water goes to different parts of the field.‍

By taking advantage of agtech innovations, such as robots, sensors, predictive analytics, and AI, next-generation farming vastly changes how some farmers monitor and raise food crops. By automating much of the process, it creates new styles of farming with greater efficiency and volume of production.‍

Bowery, for instance, is an indoor farming tech startup growing hydroponic leafy greens in an industrial complex in New Jersey. A proprietary, automated system that controls the entire farm. Plants grow indoors in vertical systems of trays with sensors and cameras that control their water, light, and nutrient intake. The company says one square foot of the indoor farm is 100 times more productive than a same-size plot of arable land.‍

The Future of Agriculture and Smart Farming

Smart farming isn’t just having sensors, agbots, and other machines that monitor plants and conditions. It’s also making sure everything is connected through IoT so the data gets back to the farmer, who can then use that information to more efficiently manage the crops or animals.

As farms adopt IoT and become more data-driven, smart farming promises to make agriculture more sustainable, efficient, and precise. Some call this shift the Third Green Revolution, which could yield many more benefits in the future—including the ability to feed everyone in the world.