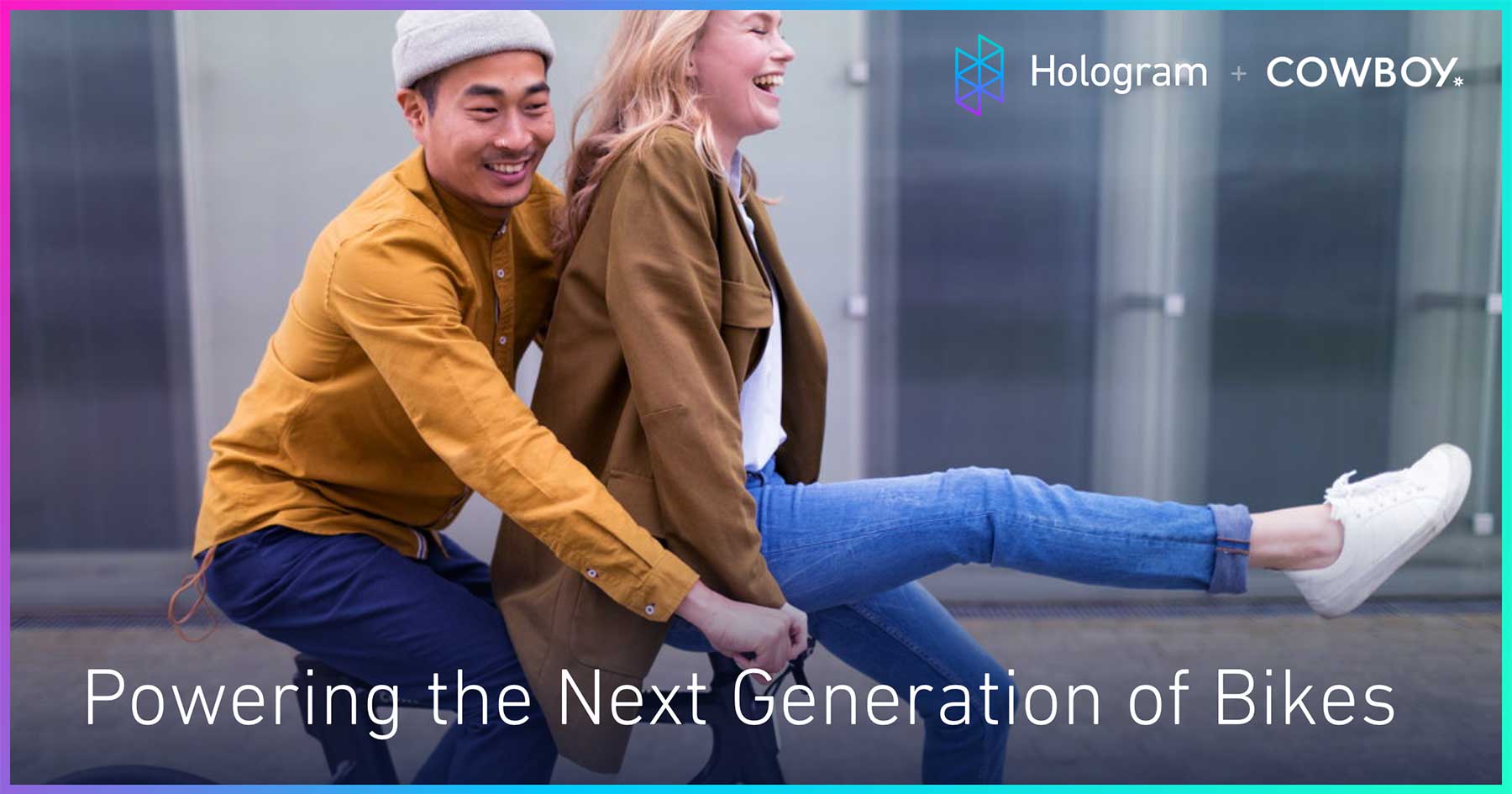 Powering the Next Generation of Bikes

Cowboy’s three founders, Tanguy Goretti, Adrien Roose, and Karim Slaoui, met while building Take Eat Easy, a food delivery startup that went on to scale to 20 cities. Then, they started building Cowboy. The team wanted to make an impact urban mobility with an electric bike. A bike with a battery and electric motor that assists while you’re pedaling geared towards urban Millennials who want the freedom to move about the city quickly, avoiding traffic and crowded trains. The challenge is that e-bikes hadn't yet become accessible due to a high price tag, bulky design, and outdated technology.

They spent months developing the bike’s design and technology in-house with the aim to match a sleek design with best in class features and an affordable price tag. The team’s first hire was a manufacturing specialist from Toyota. The team has since finished final assembly of the bike and launched in Spring 2018. Key features of the bike include remote locking via the bike’s app, a built-in dashboard display of bike statistics, turn-by-turn navigation, GPS theft detection, and front and rear integrated lights.

The Cowboy team started evaluating connectivity providers once the first prototype was completed. The team worked with Hologram when evaluating cellular technologies - from embedded SIMs to cellular networks. The team ultimately chose Hologram because of the API.

“It felt like Hologram was the Stripe of the SIM management." — Tanguy Goretti, CTO

Cowboy’s bike will only be available online and retails at €1990. The team is testing out a test ride program for customers to give the bikes a spin before making a purchase. The team chose to pursue a retail model at the onset instead of jumping into the hyper-competitive bike sharing market. The team is waiting for legislation to catch up with e-bike technology.

“Legislation can kill a business model before it can flourish,” said Bob Eck, Head of Marketing at Cowboy. Current legislation limits e-bike speed, using multiple gears and power boost modes, and where bikes can be parked. To add to that, theft and vandalism along with bike lane availability pose a problem for bike sharing models. The Cowboy team chose the path of less resistance to address an unmet need in the market.