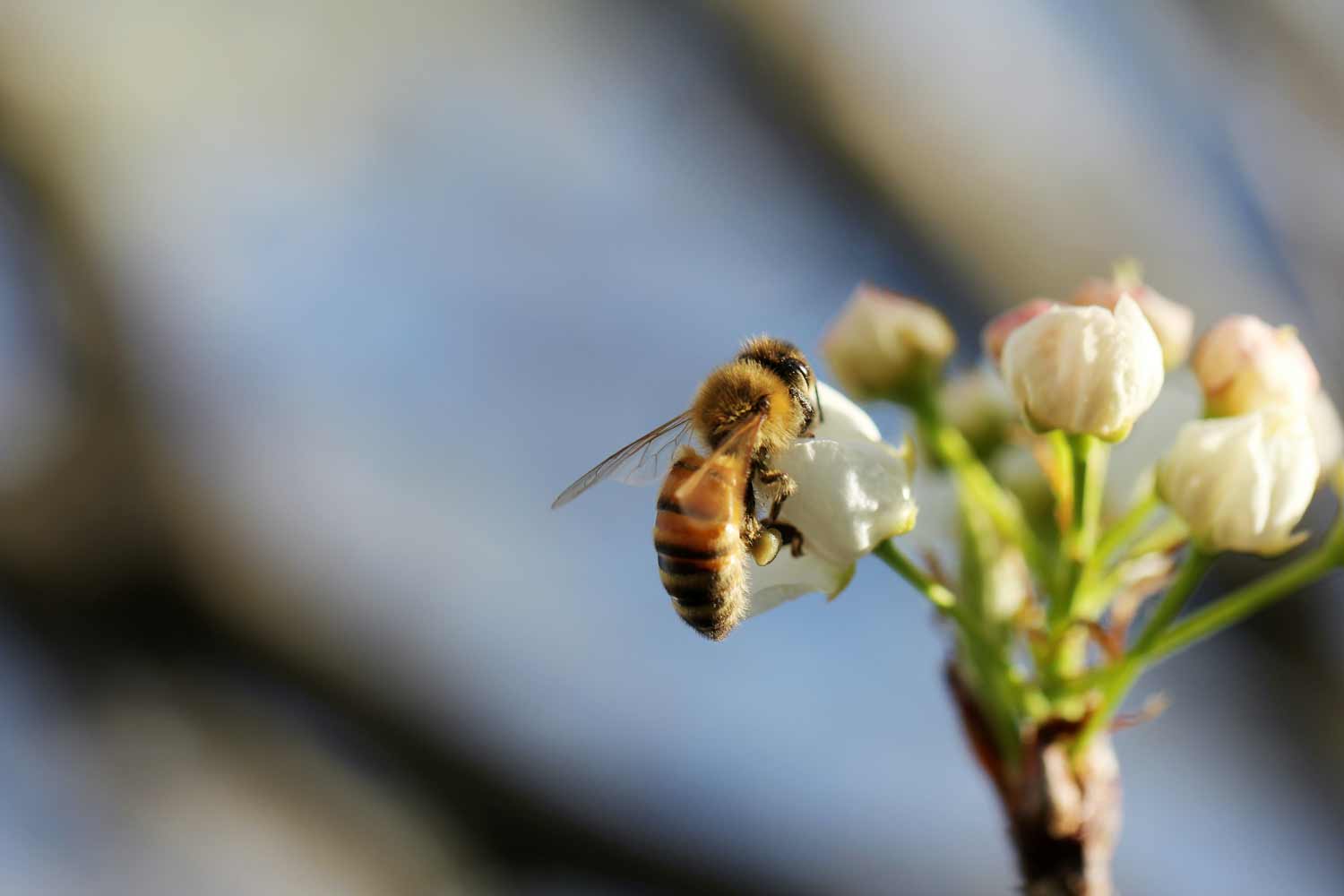 Hey, Honey (Bee) - Buzz A Little Closer To The Mic

Learn how cellular technology has allowed beekeepers to monitor their hives more meticulously, and collect data they didn’t even know existed.

A tracheal mite is half the size of the point of a pencil. When it finds a honey bee on which to feast, it burrows into the bee’s tiny lungs and hangs out there, blocking airflow and sucking up blood. Oh, and it never travels alone.

It’s not the only threat to honey bees, but it’s among the most deadly - and one of the many pests apiarists around the world have struggled to control.

“If the bee disappeared off the face of the Earth, man would only have four years left to live,” warned Albert Einstein nearly a hundred years ago. While bees haven’t disappeared, they’re increasingly threatened by pesticides, climate change, and globalization - and increasingly in need of protection.

The Internet of Things has answered the call to service. In Europe, in fact, a consortium called the Internet of Bees - the IoBee - just wrapped up a multi-year effort to help beekeepers utilize a plethora of technology designed to help them monitor the health and production of their hives.

“Bees are a very good matrix to understanding what’s going on in the environment,” says Andrés Salazar, communication officer for the BeeLife European Beekeeping Coordination, which has picked up where IoBee left off. The IoBee project formally ended in July.

One of the main IoBee objectives, he says, was to develop workable technology specific to the average beekeeper. Important hive information includes regular monitoring of hive weight and temperature.

“If the bee disappeared off the face of the Earth, man would only have four years left to live”

Modern monitoring devices can measure those details and more. From a dashboard, beekeepers can also see what kinds of pests have invaded the hive, count the number of bees going in and out, and even measure the quality of the molecules in the hive air. That’s particularly important for beekeepers selling honey, and can be used to determine if the bees have been pollinating in fields sprayed by pesticides.

For example, neonicotinoids, a family of pesticides banned in Europe because of its toxicity to pollinators, has been detected in honey supplies around the world. The ability to identify its presence early on, when it first enters the hive, could drastically improve the ability to control its effects.

The devices now available are able to gather the info and send it via Bluetooth or cellular routes to a dashboard, where it can be evaluated by a beekeeper. The desire to better monitor hives has paved the way for companies like BroodMinder, started by an engineer in Wisconsin who spent his career developing products for the medical and scientific communities. BroodMinder sells affordable monitoring products ranging from scales to thermometers, and also offers free data storage that can be shared anonymously in order to create a data-driven portrait of the industry. The company OSBeehives sells tiny microphones that fit into the hive and, through related software, can detect changes in bee chatter. Dozens of companies around the world offer similar devices, all designed to collect and store relevant data.

Maryland resident Frank Linton, whose retirement beekeeping hobby has become a full-time endeavor, says he first understood the importance of such technology by watching bee activity in a small glass hive he installed in his living room window. “By sticking sensors in the beehive, you can learn a lot about the health and productivity of the hive,” he says.

Linton grew up spending summers in Vermont with his grandfather, who was a dairy farmer but also maintained hives. “He dressed me up in a bee suit,” he says. “It was part of being a kid in Vermont.”

He spent his adult years as a mechanical engineer. After he retired, his late wife convinced him to renew his interest in bees. He did - but this time, with an engineer’s mind. He soon became obsessed with how modern technology could help the plight of the honey bee.

Linton now runs the website colonymonitoring.com, a clearinghouse of information about the latest monitoring technology. It’s a comprehensive look at the hardware and software available to both amateur and commercial beekeepers. He has written a book and articles about the subject, and is a certified Master Beekeeper.

The plight of the honey bee is complex, and often misunderstood. Randy Oliver, a California biologist who runs the website scientificbeekeeping.com, says it’s a myth that honey bees are disappearing. It’s a managed livestock, he says, with no threat of extinction. But that’s not to say there’s no room for concern. “It’s getting tougher for all forms of life on this planet,” he says. He isn’t against technology, but he points out that most beekeepers want to be “old school” and reconnect with nature, and actually enjoy getting dirty and sticking their heads into the hive. “When you sit in your living room and monitor the bees, why be a beekeeper?”

Linton agrees - he loves to work with his hives, now located a few miles from his apartment (which doesn’t allow pets, he says - even bees!). But research shows that 40 percent of all honey bee colonies around the world are dying. They have multiple enemies besides the tracheal mite: killer hornets, the varroa mite, pesticides, loss of habitat, and climate change all contribute to the demise of colonies.

Monitoring technology has the potential to help beekeepers provide protection. There are alarms to alert a beekeeper miles away that foreign insects have entered the hive, or that the weight of the hive has changed. Fewer bees returning to the hive might mean a virus has spread.

Improving the affordability and availability of such equipment was the main goal of the IoBee project, says BeeLife’s Salazar. “We needed an interdisciplinary approach, and knowledge from the field itself,” he says. By bringing together representatives from the worlds of agriculture, technology, and beekeeping, the European program has been able to influence governmental policy in a way that will not only benefit honey bees, but improve environmental protection and diversity as well.

Linton sees those goals as relevant to the U.S. His “retirement hobby,” in fact, has become a de-facto mission to achieve them. To that end, he never stops thinking about the next invention.

“One particular problem these technologies have is when they are deployed in beehives that are out of cell tower range, such as in almond orchards,” he says. “Any ideas you or your readers have for getting data from the beehives to the beekeepers in those conditions would be welcome. My best guess would be to have a drone fly over the hives periodically to collect the data.”