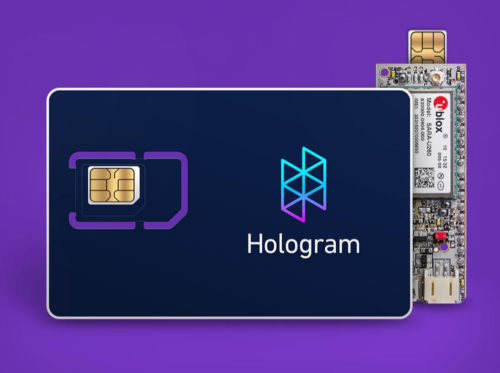 Chicago-based startup Hologram has announced its cellular platform for the Internet of Things (IoT), which provides businesses with a cost effective way to design, create, and deploy IoT devices. Hologram claims to provide an end-to-end solution for businesses, with everything from connected hardware to cloud messaging services bundled into its cellular platform. See Also: Hitachi to invest $2.8 billion in IoT; launches new unit and platform“Currently, building a cellular connected device is a lot like setting up a website in 1998 when you had to buy server equipment and run it in your closet,” said Ben Forgan, CEO of Hologram. “Teams are spending a disproportionate amount of time rolling their own infrastructure when they should be focused on their core product; Hologram is changing this with a cellular platform that handles the infrastructure for you.” The cellular platform should provide some security for businesses that want to prototype and experiment with IoT systems, but cannot due to the costs of hiring an engineering team to build it. Hologram will continue to add connectionsHologram has more than 50,000 connections globally and works with global brand Kellogg’s on IoT deployment, alongside some startups like Metromile, Placemeter, and Arable. Along with the cellular network launch, Hologram also revealed a $4.8 million funding round, led by Drive Capital. “With the investment from Drive Capital we can accelerate our growth to continue to build new features and products to support our expanding base of customers, both big and small,” said Forgan. Hologram isn’t the only company in IoT working on cellular networks, Vodafone has partnered with Philips to create a M2M network, which involves inserting SIM cards into streetlights to make them part of the online grid. While the market is still young, Machina Research claims that moving to an open wireless standard would be best for smart cities. This post originally appeared on ReadWrite May 25, 2016 by David Curry