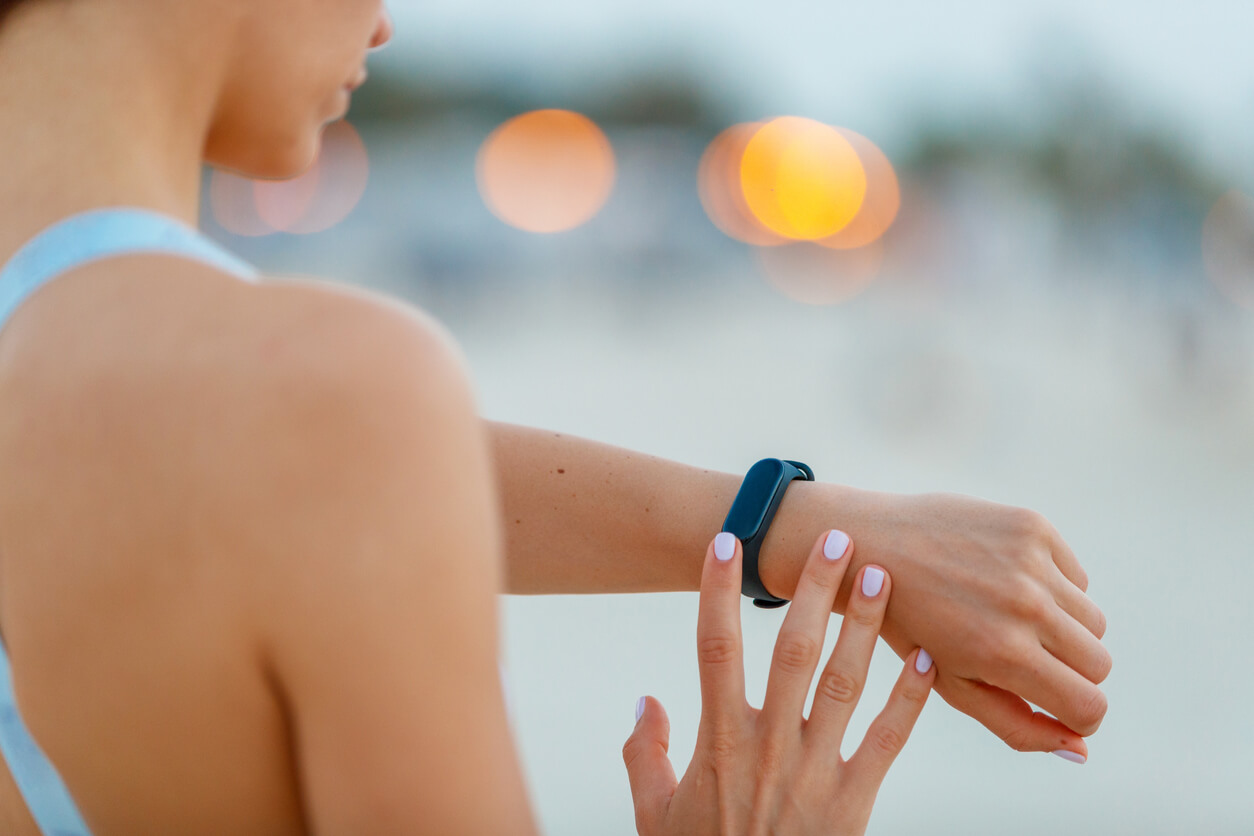 Learn how Internet of Things (IoT) wearables use reliable connectivity to change behaviors, create communities, and even save lives.

Remember those early Fitbits? The ones that needed a cable to send data to your laptop for analysis?

Wearables have come a long way. While today’s Internet of Things (IoT) wearables still rely on sensors to capture data, IoT integration makes their analysis smarter than ever. That’s allowing developers to shift from simply reporting on the past to suggesting changes that improve the present — and future. And with wearables forecast to grow from 345.9 million units shipped in 2019 to 637.1 million by 2024, that integration is about to change how we manage our health and our lives.

Wearables have long included simple applications like employee badges that unlock doors when in close proximity. But today’s IoT wearables are changing how we monitor and treat some of the most chronic and perplexing medical conditions.

Parkinson’s Disease affects as many as one million Americans. It has no cure, and only grows worse with time. That’s why Global Kinetics Corporation developed the Personal KinetiGraph, an IoT wearable to track even the slightest Parkinson’s tremors. When patients wear the PKG watch, clinicians can remotely track how tremors correspond with medication timing and dosage. With that information, they can adjust a patient’s treatment to better control their symptoms — potentially giving them more tremor-free waking hours.

But most Parkinson’s patients are over the age of 60, which means they may lack the technical know-how to set up a classic IoT wearable that relies on a smartphone app. Many don’t have Wi-Fi at home. So how can patients get that data from their wrist to their doctor?

Global Kinetics works with Hologram to overcome these connectivity hurdles. By using Hologram’s Global SIM card, the PKG watch connects to the best available LTE network, no matter which carrier that is. Patients simply wear the watch and go about their days, with no need to think about the connectivity — all while sending detailed data to their clinicians.

Other IoT wearables in the growing Internet of Medical Things include pressure-sensing insoles that track diabetic foot swelling and a single device to measure and transmit patient vitals from home to a physician’s office.

How IoT wearables work and connect

Connectivity is the key to IoT wearables. Where previous device generations relied on a physical cable or rickety home Wi-Fi, today’s IoT wearables integrate connectivity right into the devices. Every aspect of the wearables has shrunk, from the sensors to the in-device SIM cards that connect via cellular. The resulting cellular-based connectivity uses less power in a sleeker form factor — making the device more useful and easier to wear.

Most wearables start with a sensor of some sort. The most common detect pressure, light, or acceleration, though wireless sensors monitor everything from temperature and humidity to an object’s orientation.

In-device microcontrollers then package and transmit the data. While some use Wi-Fi, more and more rely on LTE cellular to transmit data to the cloud for processing and analysis. There, sophisticated algorithms assess patterns and send reminders or alerts to the wearer or a trusted third party, such as a physician or caregiver.

Much of this processing has shifted to the cloud, part of the edge computing revolution that allows devices to shrink even further. Taking this processing out of the IoT wearable also helps future-proof the hardware, as algorithms can be continually tuned and improved without requiring a hardware or software update to the device itself.

Using LTE cellular networks allows devices to be instantly activated and always on. The user doesn’t need to download an app or connect the device to their Wi-Fi network, meaning that they are connected no matter where they go, even if they’re strolling through a forest preserve or far from home.

And LTE lets IoT wearable developers design and test their devices anywhere, without designating where the final device will be deployed. That means an Australian team can design the device, assemble and test it in China, and deploy it anywhere in the world. At every phase, the global SIM card will connect to the nearest carrier.

As a result, IoT wearables are becoming much more useful — and more prescriptive.

While early wearables were useful for tracking what had already happened (such as runners recording their pace and mileage), IoT integration empowers wearables to become tools of corrective action.

For example, an emergency room team that can see a patient’s real-time vitals and heart rhythms from an inbound ambulance can summon a cardiologist and prep the cardiac catheterization lab. That allows them to deliver the most effective treatment as soon as the patient arrives. Caregivers can get alerts if their patient missed their medication, or if a wearable detects a blood sugar crash.

And as we navigate the COVID-19 pandemic, that IoT connectivity gives workforce wearables new capabilities, helping companies contact trace by identifying who was in proximity to an employee who later tested positive.

IoT wearables are also building communities. Those runners who used to track their own results now connect with each other in online communities and issue friendly challenges. Smartwatch wearers track steps and sleep, then set public goals so their friends — both real and virtual — hold them accountable.

Parents use IoT wearables to keep tabs on their children in crowded amusement parks, and pet parents attach similar devices to collars.

But there’s more to come. eSIMs enable faster connectivity with an even smaller footprint, allowing devices to shrink further. As 5G networks roll out, IoT wearables will be able to transmit more data than ever, even faster. And those in-cloud algorithms are growing more sophisticated, integrating machine learning and artificial intelligence to better detect subtle changes in a person’s vitals that may predict a heart attack, stroke, or other event.

Developers leveraging LTE reliability for this next generation of IoT wearables are creating devices that will transform our lives through connectivity that truly connects the dots, opening up a new world of possibilities.