IoT crypto: What is IoT's role in cryptocurrency?

The world of blockchain is constantly evolving. Here is how IoT is contributing to advancements in the crypto world.
Connectivity
Maggie Murphy
May 26, 2022 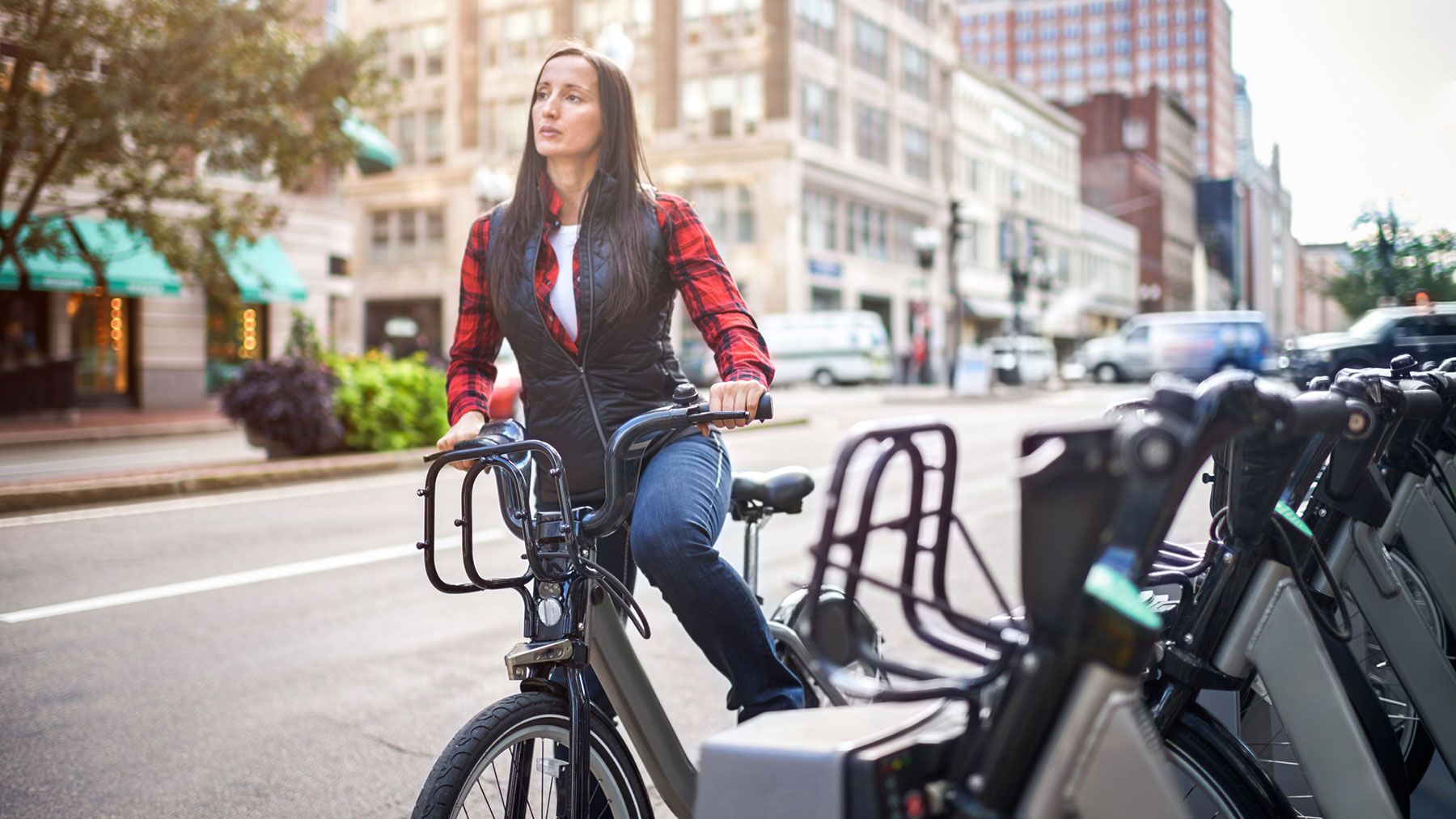 In the past decade, cryptocurrency has moved from a fringe concept to a widely used investment strategy. With more businesses accepting crypto as a method of payment, there are more applications for it than ever before. This technology intersects with IoT in many ways — from IoT botnets that help with mining to heightened economic security in a local IoT network.

How is IoT used in cryptocurrency?

In general, there are two major ways that IoT is used in cryptocurrency. The first is in any device connected to online commerce, and the second is in crypto mining. Let’s break down these two uses for IoT in cryptocurrency a bit more.

How cryptocurrency and IoT can work together

As IoT devices become more integrated into our lives, they’re more tied to our wallets. But with crypto integrated into IoT, those transactions can be streamlined. While it’s true that an IoT device could be linked to a bank account rather than a crypto account, the level of security in cryptocurrency is lightyears ahead of standard encryption. Also, a normal bank account could not keep up with the rate at which IoT devices could complete autonomous transactions. On a practical level, there are quite a few ways an IoT device that can make its own purchases can be helpful.

Cryptocurrency can link to smart devices

Imagine never running out of milk again. If your refrigerator could automatically order you more when you are running low, this could happen. It sounds a little like the Jetsons, but Samsung is already working on a smart fridge (https://www.pymnts.com/innovation/2020/samsung-fridge-uses-ai-to-track-food-inventory/) that can keep track of your groceries. And if your fridge knows what groceries you need, it won’t be long before it can place an online order at a supermarket. That’s where crypto comes in. The security of crypto makes buying and selling through IoT a great option. This kind of automated home management isn’t just for refrigerators either. A smart thermostat could pay your bills with crypto, and a smart medicine cabinet could refill your medications and cover the cost so you’d not have to worry about running low. The applications for economically integrated IoT are wide.

Large-scale transactions in public spaces are where IoT and crypto really shine. Many cities around the world are already using mobile apps to do away with traditional street parking meters. These apps allow for conveniences like adding time remotely, but they still often require credit card information to be sent over potentially insecure networks. Integrating cryptocurrency and the security of blockchain would be a major improvement, particularly when transmitting that information in public where hackers could intercept it. Parking isn’t the only use for IoT crypto in smart cities. Urban scooters could process their own rental payments, smart maintenance vehicles could order their own replacement parts, and smart street lights could order new bulbs as soon as they burn out.

IoT crypto is making advancements in the eCommerce industry

Tight security makes IoT crypto a great fit for eCommerce in general. When your personal bank information is not sent between devices, there aren’t as many places for a hacker to break in. That heightened security inclines people to be more open to new types of commerce. Another major factor is crypto’s use in global supply chains. For example, suppose you have a global corporation that has fleets of trucks and ships operating all over the world. Each time there is a new cost, from raw material to maintenance needs, you have to consider currency exchange rates and potentially lose money on the transaction. But if you’re only using a single cryptocurrency, those costs are gone.

While crypto is one of the most secure types of financial transaction mechanisms, the wildly fluctuating price points of cryptocurrency have made it hard to build a crypto account. But, IoT offers solutions for mining your own cryptocurrency. Because the value of crypto is based on solving complex equations, you need a huge amount of processing power to mine. A CPU large enough to mine efficiently has a large overhead cost, but with IoT, you can distribute that processing powering among many devices since they are already tied together in a well-connected network. In fact, IBM found that (https://www.cnbc.com/2018/03/01/thousands-of-iot-devices-can-be-hacked-to-mine-cryptocurrency-avast.html) 15,000 IoT devices could be linked to mine thousands of dollars worth of crypto per week. As more IoT devices are activated, the potential for mining continues to grow. Companies are already uncovering ways to motivate users to let the processing power of their devices be used to mine. For example, Helium Miner (https://www.helium.com/mine) offers people a percentage of the currency they mine if they let their mining applications run in the background of IoT devices.

Recommended Reading:Everything you need to know about IoT and blockchain (https://www.hologram.io/blog/blockchain-iot)

But what type of cryptocurrency works best with IoT? Most people are familiar with Bitcoin, Ethereum, and the ill-fated Dogecoin, but there are new types of currencies being developed that are specifically designed for use with IoT. These new options each have their own advantages. Let’s take a look at some of the top crypto coins.

The Internet of Things Application (IOTA) has IoT built into its name. It was designed for maximum efficiency in machine-to-machine (M2M) transactions so that IoT devices could automatically purchase or sell more storage, bandwidth, or power as needed. The key benefit is speed, with IOTA being capable of dozens of transactions per second. A major innovation in this type of crypto is its movement away from the blockchain. The designers saw that blockchain often suffers from scalability issues, and it was incapable of the speeds they wanted for M2M transactions. That’s why they designed the tangle (https://blog.iota.org/the-tangle-an-illustrated-introduction-4d5eae6fe8d4/) — a system that requires a device submitting a transaction to first verify two other transactions on the network. Rather than a locked memory block like in blockchain, the tangle is verified by a web of verifications. This means that IOTA has no transaction fees because every user is absorbing a fraction of the cost by powering their device.

IoTeX uses the more established system of blockchain but was still designed for M2M. It also uses Polygon (https://coinmarketcap.com/alexandria/article/what-is-polygon-matic); a platform originally developed for Ethereum that aims to deal with compatibility issues between types of crypto as smoothly as possible. IoTeX may not have the speed of IOTA, but it makes up for it in the reliability of established systems and protocols.

Machine exchange coin (MXC) is another currency designed for M2M transactions. MXC has some unique features, such as a system that runs programs on the blockchain when certain conditions are met. This allows for transactional chain reactions. Using manufacturing as an example, you could set up a system to automatically buy a raw material when it drops to a certain price, which would then trigger purchases of other resources needed to make your product.

This crypto was specifically designed with supply chains in mind. Imagine if Benjamin Franklin on the front of the $100 bill could talk. He could tell you everywhere that bill has been and what it was used to buy. VeChain basically does the same thing. It tracks every step of each transaction involving the coin. This helps to prevent fraud and the misuse of funds. When you are dealing with thousands of automated transactions like the ones in IoT, having a tracking system like this is a major advantage.

Helium is a type of crypto created to take advantage of the latent computing power in IoT devices. It works by providing users with connectivity hotspots in exchange for running mining operations in the background. The key advantage here is that it allows for people not interested in large crypto investments to dip their toes in the water. Any device that is connected to the internet can be used for this, so most people already have the equipment they need to start generating Helium.

The standout aspect of JasmyCoin is its focus on managing and retaining rights to your personal information in IoT networks. The Jasmy blockchain does not use centralized servers but relies entirely on distributed storage. The system allows users to securely manage all of the big data that comes in through IoT devices in a “personal data locker” maintained through Jasmy’s distributed data storage.

While crypto as an investment strategy may still seem a little like playing the lottery, the functionality of blockchain, when tied to IoT, is a much safer bet. Many of these currencies were designed specifically for the rapid M2M transactions needed in IoT, and the increasing number of IoT devices presents fertile ground for crypto mining. But for any IoT device to benefit from crypto, it needs next-level network connectivity. Hologram’s cellular IoT network (https://www.hologram.io/products/connectivity) offers seamless, global coverage for IoT devices with access to LTE/4G/3G/2G technologies.