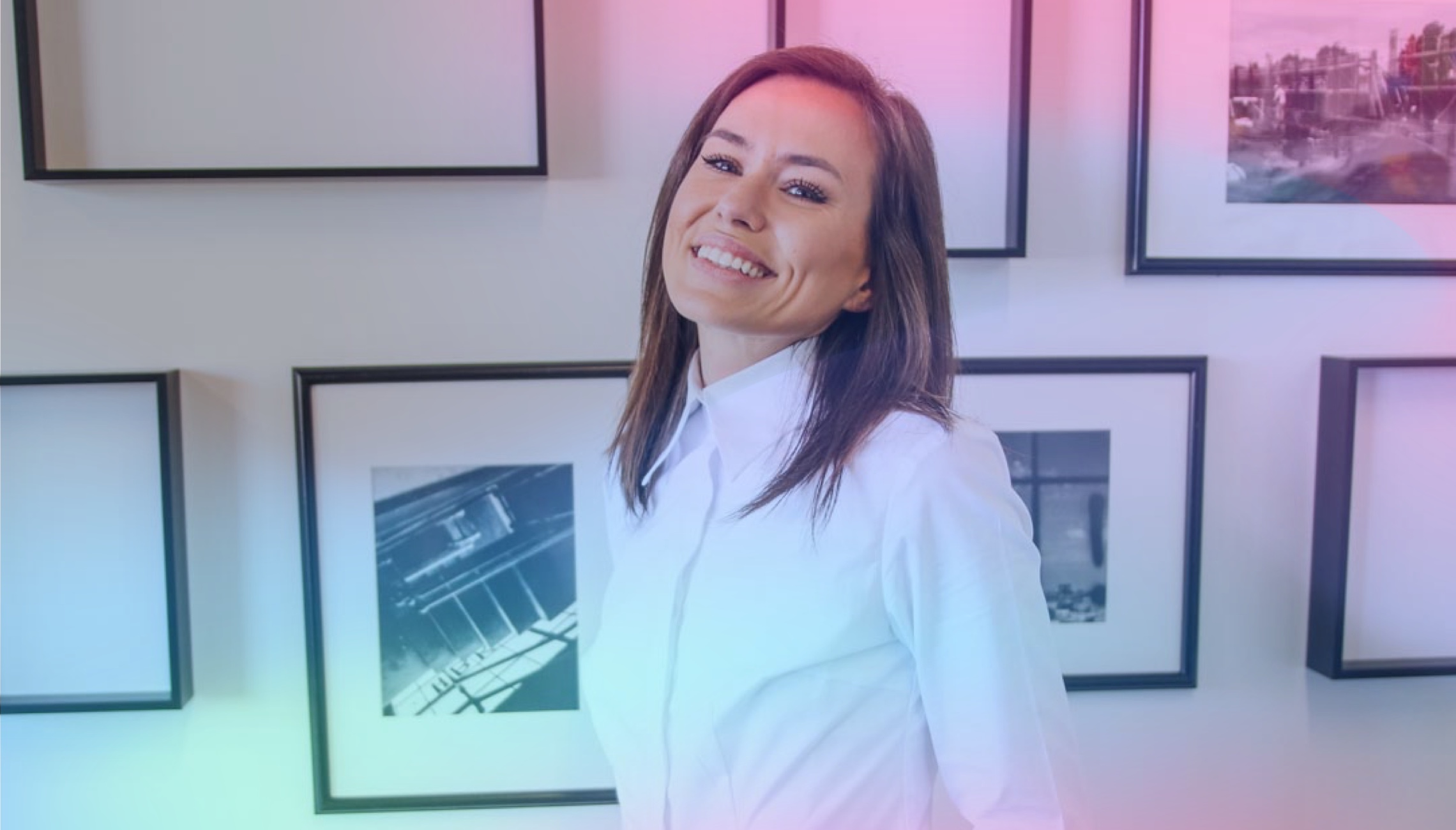 This founder is focused on doing right — by her team, her customers, and her community.

Growing up in Spokane, Washington, Ashleigh Wilson’s life was full of ups and downs. Literally. Her stepfather worked for an elevator manufacturer, and she spent hours on the job with him, cruising elevators and escalators like rides at a fair.

Wilson felt nearly predestined to work in the elevator industry, and after earning a bachelor’s degree and an MBA from Grand Canyon University, she found herself climbing the corporate ladder at the Schindler Elevator Corporation, one of the world’s largest manufacturers of indoor people-movers. She was good at it. “I truly thought I would be the first female president of Schindler,” she says. And she might have been.

But living in the San Francisco area, she became enveloped by a “super strong sense of community, activism, and justice.”

“I felt like a fraud,” she says. “Like, I fight for human rights on nights and weekends?”

She felt strongly that the corporate culture needed to change and be more people-focused, but - though she tried mightily - she couldn’t effect change while ensconced within that culture. “You don’t slay dinosaurs from the inside,” she says.

She began struggling internally with who she wanted to be. We must do right in order to do well, she thought. When we focus on profits, we lose sight of people.

After a business trip to Brazil, the struggle ended. She quit.

“Our North Star is: Be excellent to each other”

She spent six months healing her soul, and trying to figure out how she could combine her ambitions with her inner intentions. She eventually gave birth to AuditMate, a software product designed to give commercial building owners and managers the ability to organize and keep track of maintenance contracts on features such as elevators and escalators. Wilson says it’s the first ever maintenance-auditing software.

“It is our mission to radically simplify the lives of business owners and building managers,” she says, and their goal to empower customers to understand contracts and be able to advocate for themselves. AuditMate works by creating a portal, much like mint.com, that organizes and categorizes input information to help users calculate and evaluate everything from maintenance schedules to monthly fees.

Just as importantly, she has formed a company made up of employees committed to growth and change. “Our North Star is: Be excellent to each other,” she says. And Wilson wants to learn to be excellent to herself. “I want to be content with just being,” she says.

It’s a state of existence she has earned. Wilson said she knew from an early age she wanted to run a global company, and started developing her work ethic in high school. She had a cleaning business and ran a coffee stand, and sold both businesses after high school to travel to Arizona, where she attended college. She didn’t even come out as gay until she was 21 years old. “I chased dreams and goals so hard I didn’t even feel,” she says. She still has professional goals, but they’re different now, and she has personal ones, too. She lives with her partner in the San Francisco area, and they dream of owning a home and having a family.

Wilson launched her company late last year, and has spent the pandemic building it up. It hasn’t been easy, but it hasn’t been as stressful as her previous life. “Living well is the best medicine. What’s most important for me is balance,” she says. “I’ve been swimming my entire life, and I’ve finally realized I can float.”