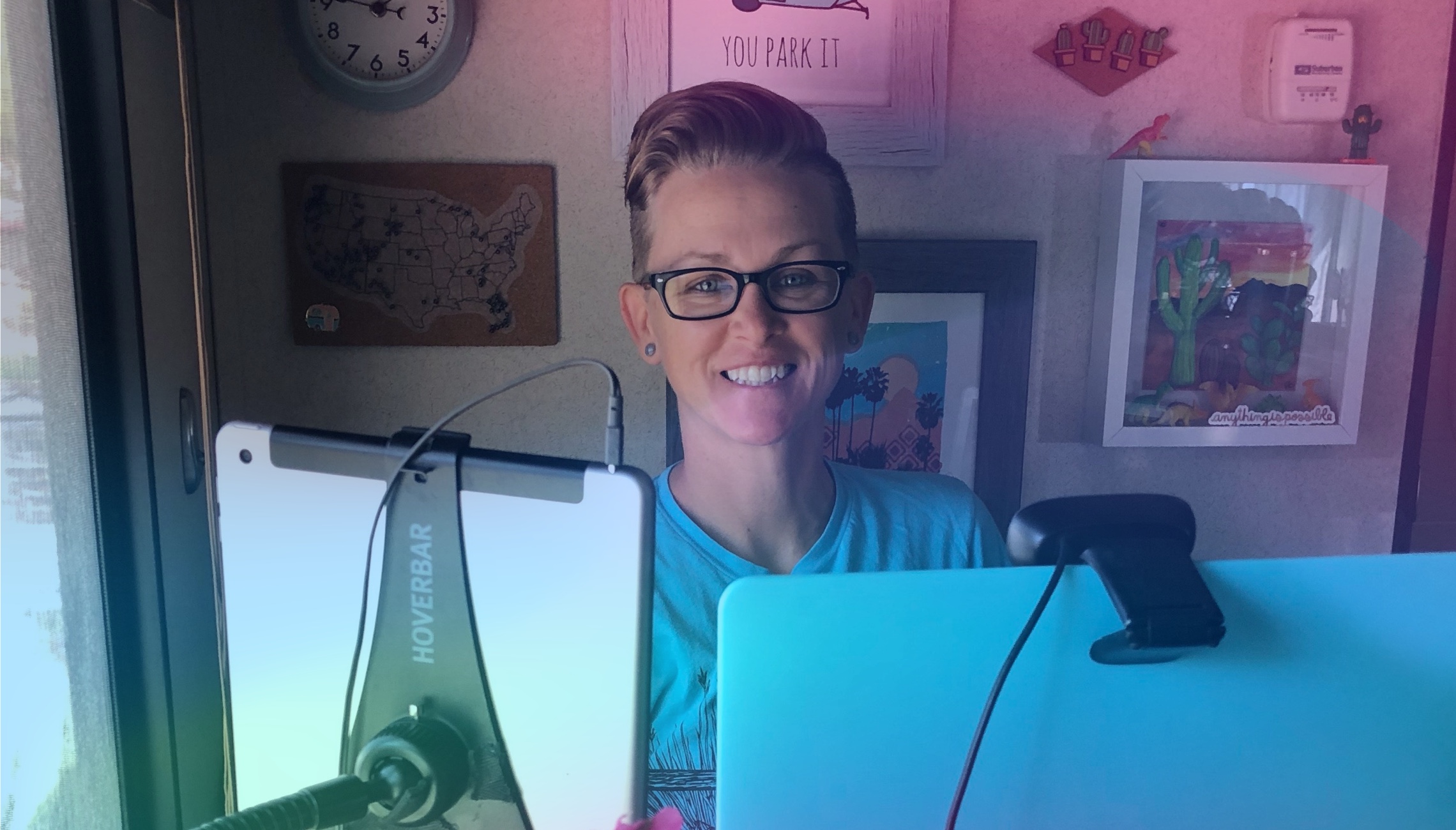 Brandy Jackson’s office consists of exactly 136 square feet. And it doubles as her home. Sometimes the view from the living room is a road. But sometimes it’s a sweeping vista of craggy mountains, or waterfalls, or giant trees.

For the past three years, Jackson and her wife have lived in a tiny camper, and traveled across the country. They’ve been to 43 of the nation’s 62 national parks.

“We’ve seen so many amazing things,” Jackson says. “We didn’t plan for that. We didn’t know what we didn’t know.”

What Jackson does know, though, is software. She’s the software engineering manager for CareMessage, a nonprofit mobile tech company committed to improving health care for underserved communities. “It’s made a world of difference,” she says, in how she views what she does. It makes her feel like she’s helping. Since her work is completely online, she can literally work from anywhere. Sometimes, she would work an 8-hour day in the camper - and within minutes of signing off the computer, she’d be hiking a remote trail.

Jackson, 38, grew up in Newnan, Georgia, a small historic town near Atlanta filled with antebellum homes. Growing up, her main interest was video games. She couldn’t imagine her gaming skills would earn her a future, so after high school she joined the Navy, where she acquired a taste for being a “servant leader” - the revolutionary concept of being a leader at the bottom of a pyramid, working to put employees first. “That sparked something in me,” she says. But living within the boundaries of Don’t Ask, Don’t Tell felt incongruous to her desire to be true to herself. So after four years, she left.

After the Navy, Jackson earned a B.S. in game and stimulation programing and then an MBA with an emphasis in project management.

“It’s really important to me to bring my whole self to work every day.”

From there, she worked for a gaming studio and then for a web development company. While she liked the work okay, she was yearning for a way to immerse herself in that servant leadership role - and for a cause in which she believed.

CareMessage, she says, has bridged the gap between her technology skills and her desire to help people in need. The company’s platform provides telecommunication and engagement software that helps patients access to vital preventative care and medical info. The company itself, Jackson says, is committed to diversity and inclusion, and she has never felt the need to hide her sexuality.

That’s not to say she has never experienced bias or prejudice, particularly when she was on the road. “Of course, there were people who judged us,” she says. “But we approached everyone with kindness. If you approach someone in a positive manner, odds are they’re going to be positive back.” Her policy, in both her personal and professional life, is to be completely honest and upfront. “I have a wife, and I’m very much gay,” she says, and she doesn’t ever want to feel like she’s hiding that part of her. “It’s really important to me to bring my whole self to work every day.”

For now, the Jacksons are hunkered down in St. Augustine, Florida, trying to ride out the pandemic. They don’t think they’re done traveling, but they realize the country’s new normal might preclude them from doing so. If that’s the case, they might think about buying a house. The 136-square-foot camper seemed big enough with a national park as a back yard. “But staying in one spot makes the space seem really small,” she says.