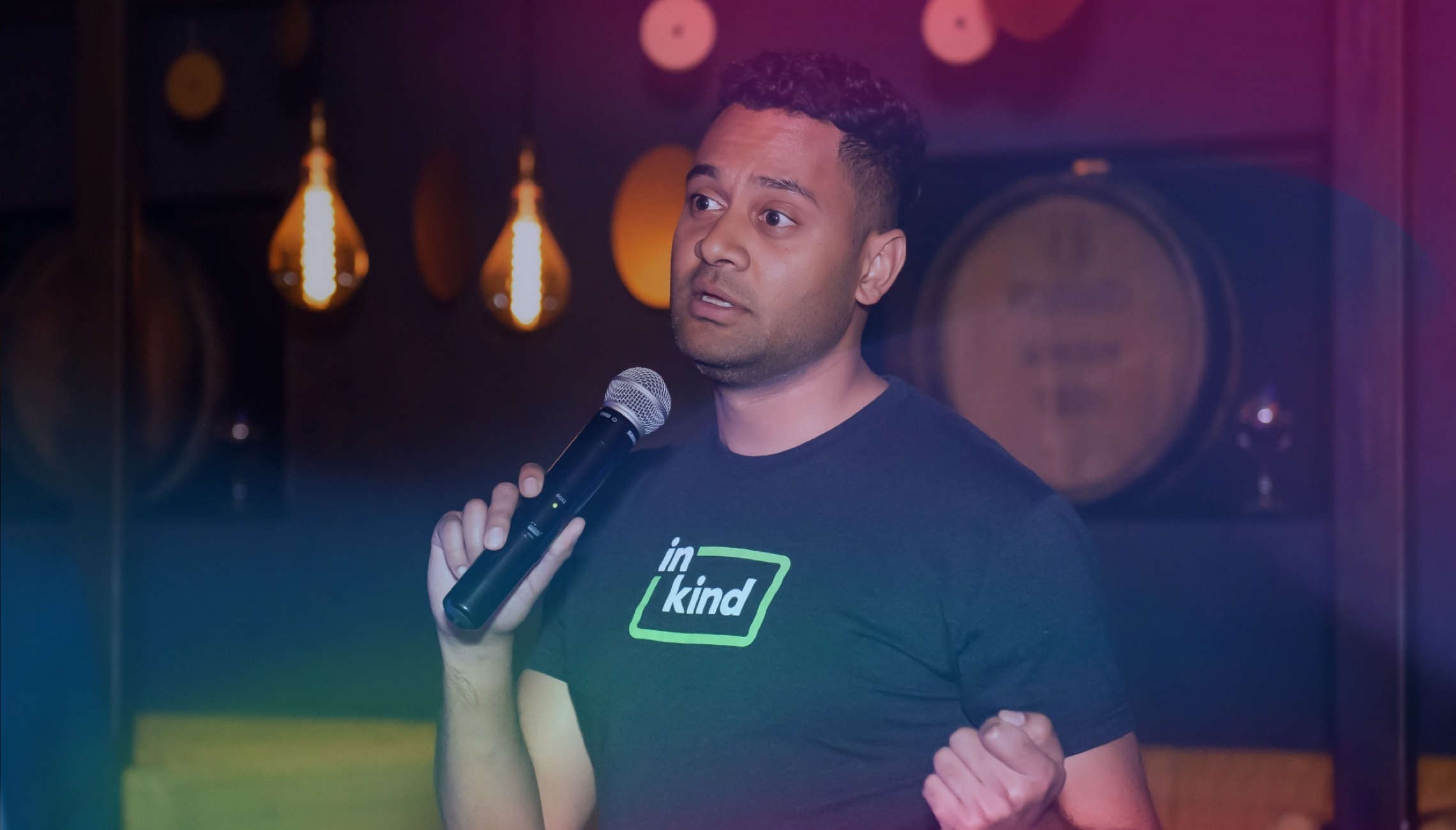 This foodie in Austin is helping finance new culinary entrepreneurs, using tech to dig deeper than a credit score.

When Johann Moonesinghe moved to Austin not long ago, he threw himself into the food culture there, and hasn’t stopped. “I just bought another smoker,” he says, as though everyone owns more than one.

To anyone who knows him, it’s hardly surprising. Talking with Moonesinghe about anything, in fact, inevitably turns into a discussion about food - an obsession he inherited from his Sri Lankan mother, who raised him in Los Angeles on traditional Sri Lankan dishes so good that to this day he doesn’t even try to replicate them.

“It’s a fun business,” Johann says. “We’re minorities, we’re gay, and we finance anybody, but we give particular emphasis to people who don’t get financing through the traditional route.”

But while most of us who love food limit our interest to cooking and eating it, 37-year-old Moonesinghe has combined it with his other passion - technology - and created a niche industry so novel and yet so simple that it has already helped more than 400 restaurants launch or stay in business. He developed and founded inKind, a culinary financing strategy to raise money for restaurants. The basic concept: inKind gives funds to a dining establishment in need, then raises the money by selling large-amount gift cards to people. The restaurant has an influx of money but no loan to pay off, the gift card recipients get ‘free’ food, and Moonesinghe gets the satisfaction of knowing there’s more great dining ahead of him (plus he makes a little money, too). He also likes choosing to help culinary entrepreneurs in whom he believes.

“It’s a fun business,” he says. “We’re minorities, we’re gay, and we finance anybody, but we give particular emphasis to people who don’t get financing through the traditional route.”

He used his tech knowledge to develop the inKind app - but he also utilizes it to choose who the company finances. “Our underwriting is very different,” he says. “We don’t look at credit reports. We look at Yelp, we look at social media, at Google reviews.” He has developed an automated system to analyze specific, nontraditional predictors of which restaurants will succeed.

Moonesinghe’s interest in computers and data technology began in high school. He starting earning big money as a teenager - $25 an hour! - doing computer programming. But he spent all his money going out to eat. He says he knew early on that he was gay, but was growing up in a conservative Christian community - he didn’t dare come out. Instead, he invested his energy into finding the best restaurants and only ate at restaurants where the food was as good as what he could get at home.

After attending UCLA, he moved to Washington, D.C. and worked in computer science for the government. He met his future husband, a lawyer and British national.

He also started a restaurant called Prequel - sort of a pop-up, practice dining spot where chefs and potential restaurants could try out their concepts before fully committing to their own establishment. Prequel closed late last year after four years so Moonesinghe could focus on inKind. But not before teaching him more about the restaurant business, and how difficult it can be to attain financing. “I actually don’t know many gay venture capitalists,” he says. “People like to invest in people like them.” One of the goals of inKind is to bridge that gap. He gave the example of a mother and daughter, both refugees from Burma, who wanted to start a restaurant in D.C. but couldn’t get financing. inKind stepped in, and Moonesinghe couldn’t be prouder. This year, the restaurant - called Thamee, which means ‘daughter’ in Burmese - has been nominated for a James Beard award.

“My whole life revolves around food and entrepreneurship,” he says. “I love this job. It’s the perfect combination of life and happiness, finance and food and technology. We’ve built this awesome community.”

His next goal: fulfilling his mother’s dream of opening a Sri Lankan restaurant. She’s thrilled. He is too, but he’s also a bit cautious. “It’s going to be harder than she thinks,” he says.