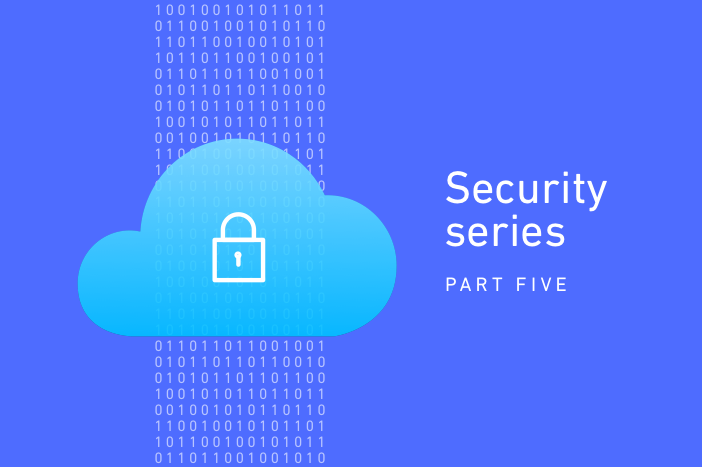 Our Must-Reads to Help You Stay Current on IoT Security

Here’s what you should be reading to stop yourself from getting screwed.

Security is top priority going into the new year for the IoT industry. In the wake of the cyber-attack on Dyn DNS that took down almost half the internet in October, IoT developers are getting serious about closing up security holes in 2017 (and, essentially, until the end of time). But IoT is still an emerging technology and the industry is still working out the kinks. On top of that, cyber-attackers are dead-set on finding their way around any and all obstacles that developers send their way. Cyber-attackers aren’t going anywhere. IoT joins the ranks of many other technology industries that require top security measures to keep attackers at bay and protect their customers. The good news is that there are a handful of hardened cyber-security experts, journalists, and bloggers who have made it their mission to keep the IoT community informed. Here’s what you should be reading to stop yourself from getting screwed:

Bruce Schneier is a security industry legend. He’s the leading expert on cryptography and knows a thing or two about privacy, cyber-attackers and security in general. He updates his blog weekly and much of his writing is also published in a number of mainstream publications, such as the Washington Post. Schneier has both experience in the field as well as managing entire security departments. He isn’t solely focused on IoT, but he covers the security aspect of the industry. Additionally, it’s key to note that many of the computer and network security principles he discusses can also be applied to IoT. To see an example of Schneier at his best, check out his blog post on the Security Economics of the Internet of Things. In this post, Schneier breaks down the root cause of IoT security vulnerabilities and why the responsibility to fix them lies with the government and not the market. Read more here.

Brian Krebs is an investigative journalist and author who began fiendishly covering the security industry about 15 years ago when his home network was attacked by a Chinese hacking group. Like Schneier, he doesn’t cover IoT exclusively, but in recent years Krebs has reported on the IoT security needs, threats and attacks. To stay in-the-know on security trends, especially as they relate to IoT, Krebs is a must-read.Just recently, Krebs broke down how IoT security threats originating in China. The security concerns have even caused the U.S. Department of Homeland Security to suspect that a number of consumer devices coming from China could possibly be infected with spyware. Read more here.

Stacey Higginbotham is the host of the Internet of Things podcast and a contributor to GigaOm and Fortune. With her weekly newsletter, she aims to curate and chronicle information and opportunities for IoT developers. While her content isn’t always security-focused, her newsletters are the best way to stay informed on IoT trends and news each week.Read more here.

The IoT industry foundation is a community-driven, non-profit that was founded with the mission to help the IoT industry overcome the various security challenges it faces. They’re blog highlights IoT security industry news and information, as well as curates outside content from influencers and journalists. They also host industry events and workshops for developers who want to get involved with the community and learn from one another. Check out this blog post from Alan Grau, president and co-founder of Icon Labs, on how manufacturers can get started with detecting IoT security threats on the factory floor. Read more here.

Offering blog posts, podcasts, video and webinars, The Security Ledger is a one-stop shop for independent IoT security news. Their articles have been recognized for breaking coverage and even have appeared on the front pages of popular tech sites, such as Reddit and Techmeme. This publication is a good source for industry news, thought leadership and discussion on the larger impact of IoT security as it pertains to government policy and the general public. Just recently, the Security Ledger podcast interviewed Ari Schwartz, the Obama Administration’s former Senior Director for Cybersecurity, on American voters’ increasing concerns on whether hacking and foreign cyber-attacks impacted the 2016 election. Read more here.

The Connected world is a business and technology publication that covers next-generation connected devices and IoT. They focus their reporting on sharing insights, industry trends and examining what the impact will be for corporations and the enterprise.In a recent article by the editorial director, Peggy Smedley, she reports on the impact of cyber-attacks on the development of IoT technology and how the industry will need to adjust to the growing need for security. Read more here.

We don't just provide cellular connectivity, pre-certified hardware, and IoT software stack. We actually take security very seriously. As such, you'll find posts about cyber-security and all things IoT.Make sure you sign up for our newsletter and have our posts delivered straight to your inbox.