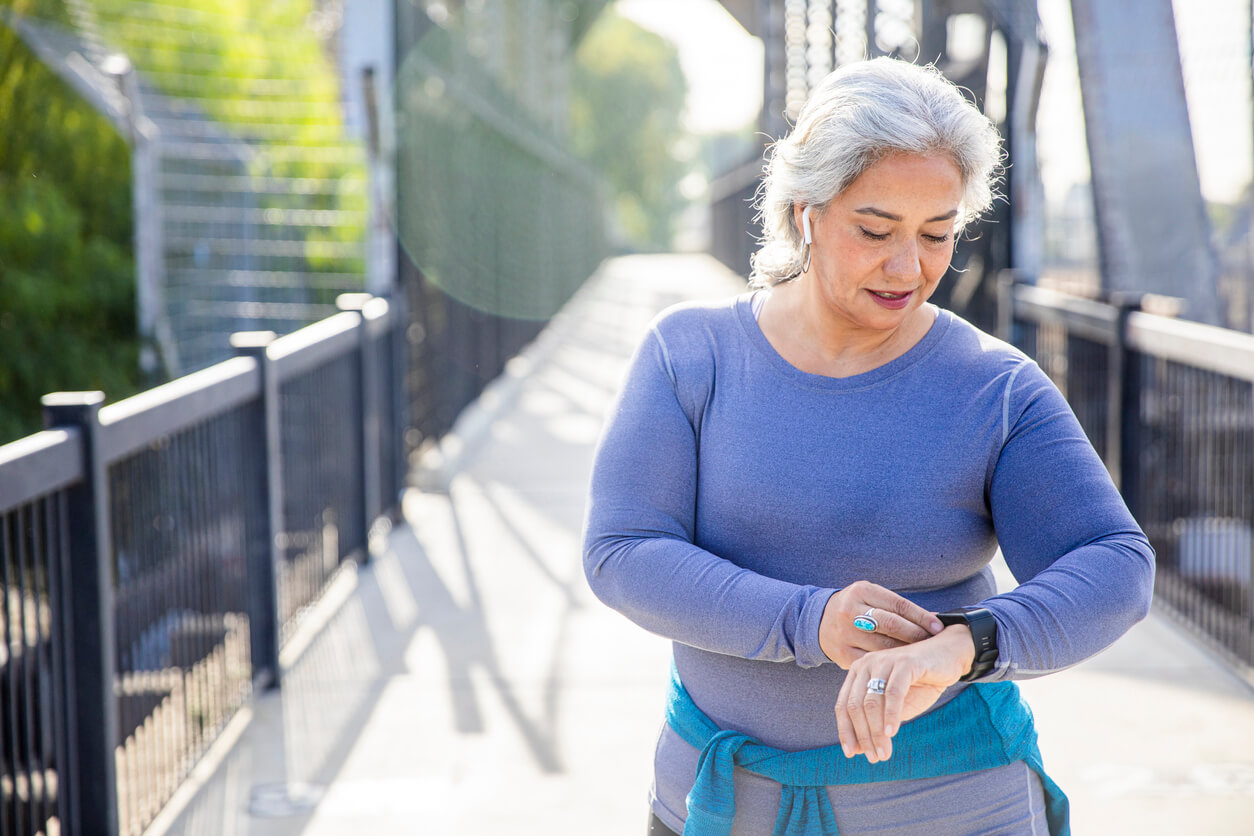 Wearable technologies are transforming healthcare, changing the way patients are monitored and treated for some of the most chronic medical conditions. Connected sensors and wearable IoT devices are improving patient care and helping facilities improve operations. For example, wearable sensors are preventing falls, tracking the location of Alzheimer and dementia patients, and notifying healthcare providers if a heart patient’s blood pressure is too high. For people with chronic medical conditions, wearable IoT devices are improving and saving their lives.

Now more than ever, the availability of accurate, real-time healthcare information coming from wearable technologies is crucial for patient care. These technologies were especially needed as hospitals and doctors transitioned to telemedicine for non-emergency visits due to the COVID-19 pandemic, and as people were confined to their homes. Wireless wearable technologies allow doctors and other healthcare providers to monitor vital signs without leaving their offices and allow patients to understand, monitor and correct their health conditions on a daily basis. They also allow consumers to track and monitor their physical activity. Wearables are transforming the entire healthcare industry.‍

How IoT is making its way into healthcare wearables

The first wearable technology making its way into healthcare was probably the hearing aid, first patented in 1985 by a research group at Central Institute for the Deaf in St. Louis, MO. A little more than a decade later, in 1999, Texas researchers proved a 12-lead ECGs could be transmitted wirelessly to a hand-held computer.

But it was arguably the debut of the smartphone, specifically the iPhone, in mid-2007, the Fitbit in late 2010, and the Apple Watch in 2014 that paved the way for developers to create wearable healthcare applications. Garmin, for example, makes an activity tracker that counts steps, distance, intensity, and calories to help individuals reach their fitness goals.

Wearable devices typically include a receiver, a signal processor, and are battery powered. They essentially act as a micro-computer and connect to other smart devices via Bluetooth, infrared, radio-frequency identification (RFID), near-field communication (NFC) technology or cellular networks. Learn more about how wearables work here.

Improvements in all of these IoT technologies have allowed consumers to track their physical activity, and for healthcare professionals to monitor patents’ vital signs remotely and better treat those with chronic conditions.‍

The benefits of IoT in healthcare wearables

Access to real-time healthcare data via IoT wearables has the ability to improve care and save lives.

Wearable devices allow continuous monitoring of patients and provide information that can be used to determine health status and even preliminary medical diagnoses. Physicians no longer have to wonder when a patient might come back for an appointment. Wearable technologies allow them to remotely monitor for patients at home – or anywhere the patient is - at any time and provide critical vital signs, such as heart rate or blood pressure, instantly. ‍

Wearable technologies can transmit information from an ambulance traveling to a hospital, which informs the emergency department and doctors so they know what to expect and how to prepare. Having critical data prior to arrival can mean the difference from saving a life and losing it. For example, most people understand that minutes matter when someone collapses from a cardiac arrest. CPR and and an electric shock to the heart need to be administered within six minutes, or the chances of surviving or living without permanent brain damage drop to nothing

What if a doctor could predict that cardiac arrest was imminent?  Infobionic’s MoMe® Kardia received FDA clearance in 2016 and launched in 2019. The device, worn as a necklace or on a belt, detects cardiac arrhythmias by sensing ECG, respiration, and motion. The vital data is streamed in near real-time to central monitoring centers, where heart rhythm problems are detected and flagged for treatment.‍

Wearables help consumers stay healthy. Apple Watches, FitBits and other devices help consumers count calories, count steps, help them stay on healthy diets, and send information about their health status to doctors and other healthcare professionals.  Diabetics can monitor their blood glucose and those worried about COVID- can monitor their blood pressure and oxygen levels.‍

Wearable technologies and sensors also can help assisted living facilities, nursing homes and long term care facilities track and monitor residents and improve operations. They can streamline patient rounds for nurses by providing a snapshot of vitals instantly, removing the time burden of taking temperatures, blood pressure and other vital signs manually. Wearable technologies tapping geofencing can keep dementia and Alzheimer patients’ safe by providing location information, which can prevent them from wandering off. Knowing when a person is away from a required medical device like a cane, wheelchair or walker can also help facilities prevent accidental falls.

Wearable healthcare devices also have the power to help confirm identities, which reduce mistakes, and track medications and doses, which ensure patient compliance. Learn how IoT is being used and where it’s headed for healthcare, including how some healthcare organizations are leveraging IoT to operate smarter hospitals.‍

IoT is being applied to healthcare wearables in many ways.  Smartwatches, handheld devices, necklaces and even contact lenses have been turned into wearable healthcare items that are becoming incredibly important in preventing and treating diseases and helping individuals remain healthy. The following roundup provides just a glimpse into the wearable ecosystem and how they are helping.‍

Smart watches are one of the most popular wearable device types, and there are many smart watches on the market. As previously mentioned, Apple Watch debuted in 2014, and developers in the company’s vast developer ecosystem rushed to build applications. Other smartwatch manufacturers targeting healthcare applications include Global Kinetics, and Cygnus Inc., among others. ‍

Global Kinetics introduced the PKG® Watch, which, when worn on the wrist records Parkinson’s symptoms including tremors or if a patient is having trouble moving. When these motions are detected, an alert is sent via a cellular network to his or her physician, who may then adjust medications if needed. ‍

Apple Watch. Those suffering from Parkinson’s disease could instead use an Apple Watch, which offers an app that tracks the severity of the patient’s symptoms, evaluates the patent’s response and monitors disease progression.

The Apple Watch has multiple other healthcare apps, including one that monitors and assesses individuals with Major Depressive Disorder (MDD).‍

Vitals360, which is smaller than a smart phone and made by VoCare, measures temperature, blood pressure, pulse, oxygen levels, and heart rhythm. Home healthcare professionals use it to send patient data to a primary care doctor.

AliveCor makes a medical device called KardiaMobile, an electrocardiogram (ECG) that attaches to iPhones and Android phones to track heart activity through chest and finger sensors.‍

Arguably the most well-known necklace alert systems are those made by Life Alert and AlterOne. Both companies have developed pendants with push buttons that transmit a message wirelessly to a remote location.‍

The Wellcore system monitors a person’s posture movements to determine if someone has fallen and needs help. It wirelessly alerts a remote call center.

MyHaloTM is a chest-worn device that monitors heart rate, sleep patterns, and temperature.

The WELMO uses sensors in a vest to monitor a person’s lungs while also collecting sound and electric impedance tomography signals. The sensors evaluate lung status and function so chronic obstructive pulmonary disease can be treated more efficiently.‍

My Skin Track UV is a wearable thumbnail-sized sensor made by L'Oreal that tracks a user’s exposure to UVA and UVB rays, pollen, humidity and pollution. It integrates with a smartphone app.

The TempTraq sensor, a soft patch placed under a child’s arm, monitors a baby’s temperature during an illness. The Bluetooth sensor sends the data to a mobile device.

Owlet created a similar wearable that tracks heart rates and oxygen levels, measure sleep and have audio/video streaming capabilities. The company also has a wearable band for pregnant women to monitor neonatal vital signs such as heart rates and kick counts.

The Beddit application uses sensors to measures sleep time, heart rate, breathing, humidity, and room temperature. An individual can set goals and the app lets them know if those goals are being achieved.

These are just a few of the many healthcare wearables and their applications on the market today.

The future of IoT in healthcare wearables

There are a lot more to come as hundreds of healthcare wearable applications are under development and coming to market, such as a Bluetooth system that lets patients check how quickly their blood clots in real-time, EMG sensors that help prosthetic patients and patients measure muscle movements to help them rehabilitate after a stroke, and even an Asthma monitoring wearable that can forecast oncoming asthma attacks.

Smaller footprints, faster cellular roll outs, and the addition of machine learning and artificial intelligence have the power to make wearables better and more precise. The healthcare wearable market should skyrocket once a savvy researcher solves the limited battery capacity most devices suffer from today.

Developers and companies also need to overcome challenges that include “limited display area, limited computing power, limited volatile and non-volatile memory, non-conventional shape of the devices, abundance of sensor data, and complex communication patterns of the apps,” according to a research paper by Kyeonghye Guk of the BioNano Technology Research Center, Korea Research Institute of Bioscience and Biotechnology.

There’s no doubt these challenges will be overcome, and many of the wearable proof-of-concepts will eventually hit the market. The COVID-19 Pandemic has shown the healthcare industry just how important remote technologies have become in keeping patients safe, monitoring their conditions remotely, and how numerous wireless applications can improve healthcare facility operations while also reducing costs. Wearable healthcare devices and sensors will play an even larger role in transforming healthcare in the coming years.