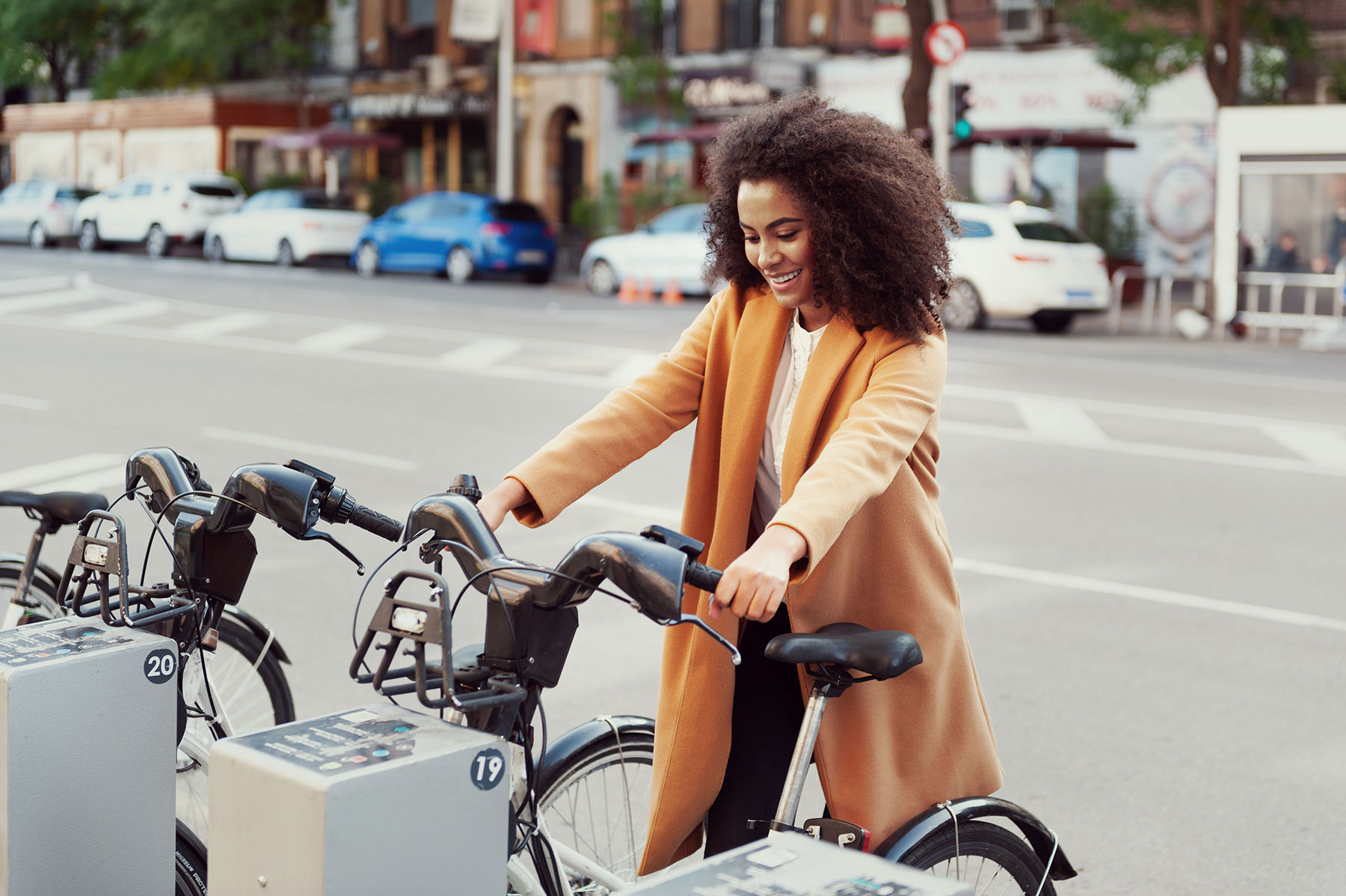 Digital connectivity on the move: micromobility and IoT

Micromobility is driving sustainable urban transportation, and the Internet of Things (IoT) is making it possible.

In cities across the United States and Europe, micromobility is on the rise as small, lightweight vehicles such as e-scooters and bikes are rented via smartphone apps or picked up at docking stations. While micromobility vehicles are often used for leisure, e-scooters and e-bikes also provide a commuting alternative. As a result of this versatility, micromobility is expected to grow as smart city design prioritizes greater sustainability and efficiency.

New York City and Chicago are two metro areas launching large micromobility pilot programs. New York City created a pilot e-scooter program in the summer of 2021 in the East Bronx, similar to scooter-sharing in other cities around the world. Chicago, meanwhile, has been evaluating a second e-scooter pilot program to determine if it increases accessibility for more people throughout the city. Two of the three micromobility companies in Chicago’s e-scooter program are using Hologram’s IoT connectivity.‍

From a technology perspective, micromobility is another example of how digital connectivity is moving from the “URL” of the internet to the “IRL” — in real life. We’re at an inflection point where connected devices aren’t limited to smartphones, computers, and tablets. They can be found everywhere, such as appliances, medical devices, thermostats, sensors embedded in manufacturing and supply chains, and vehicles — including shared bikes and scooters — just to name a few.

A key to the success of micromobility is the technology to manage fleets using IoT. This technology is particularly important given the criticism of e-scooters in recent years — that they can become a nuisance, when due to human error, they are left in places like the sidewalk. Keeping tabs on a micromobility fleet helps ensure these vehicles are where they are supposed to be and in working order. ‍

EY describes the growing popularity of micromobility as “an unexpected grassroots success,” with e-scooters becoming “the fastest-growing mode of transport ever documented.”  The reason? The pursuit of a “more sustainable urban transport system,” EY observed — one that is “multi-modal” and offers the potential to “help reduce car use within cities.”

E-scooters, e-bikes, and other micromobility options are certainly more energy-efficient than cars. They don’t rely on fossil fuels, meaning their use does not deplete the earth’s limited resources. And they don’t emit greenhouse gases, meaning they will not contribute to climate change.

Production costs are also low for micromobility vehicles. Dozens of electric scooters can be purchased for the price of a single electric car, and e-bikes are even more economical. Add to that the economic advantage of shared assets — e.g., renting bikes and scooters on demand — instead of owning them outright.

In addition, e-scooters and e-bikes are often convenient for urban transit. Users can rent and go; then, at the end of the journey, the scooter or bike can be dropped off at a docking station or simply parked — a process that’s much easier, more time-efficient, and less expensive than parking a car in a garage.  ‍

Several major companies in the transportation space are expanding into micromobility — a testament to the growth potential of this sector. For example, Spin was first launched in 2017 as a San Francisco startup; it was later acquired and is now Ford Motor Company’s micromobility unit. It focuses mainly on e-scooters that operate on university campuses and in cities throughout the United States and Germany.‍

Veo selected Hologram as its connectivity partner in the summer of 2021. Recognizing the importance of seamless global connectivity for its e-scooters, e-bikes, and bikes, Veo uses Hologram’s platform for secure and efficient cellular connectivity. ‍

Lime, also based in San Francisco, operates e-scooters, e-bikes, traditional bikes, and car sharing systems, encompassing the full scope of micromobility services. Uber, the leading investor in Lime, shows micromobility options on its app. Similarly, Lyft’s app also supports micromobility, such as bikes and e-scooters, in a number of cities, including showing users all the available transportation options in their area on a single pane.‍ ‍

Amsterdam-based VanMoof’s business model relies on purchasing its high-end bikes rather than ridesharing. However, it recently introduced a subscription service in several cities to allow users to pay a monthly fee for a rental.

With more entrants in the micromobility space, their ability to manage their fleets and ensure connectivity will be a competitive advantage. ‍

Micromobility is yet another example of the power of sustainability as a force for change. It’s also a reminder for business leaders to look beyond the internet when thinking of connectivity. By taking a spin on an e-scooter or renting a bike, leaders will experience first-hand how micromobility and IoT are creating more robust experiences in the real world.