Everything you need to know about IoT testing

IoT testing is the practice of performing a series of tests to validate performance in the IoT process. Find out more here.
Hardware
Maggie Murphy
February 16, 2022 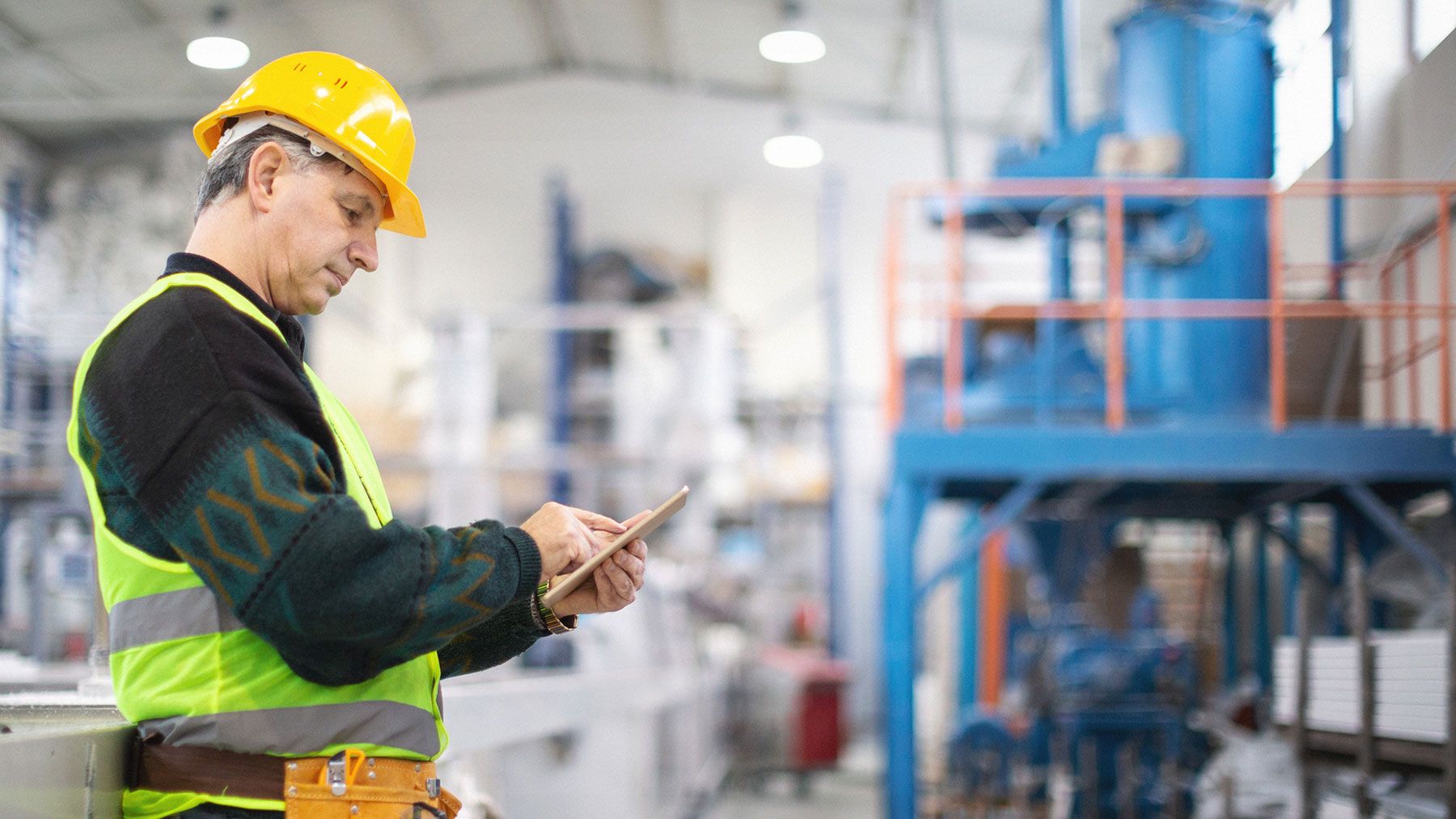 Simply setting up IoT devices isn't enough, you also need to ensure that they are working as they should. Here, we discuss why IoT testing is necessary, the types of tests, the challenges involved, and some tools to make the process easier.

What is IoT testing, and why it’s important

The 5 different types of IoT testing

Optimizing your IoT testing: a few tools to consider

What is IoT testing, and why it’s important

IoT testing is the practice of ensuring that both the hardware and the software components of the solution function as they should under a variety of operating conditions.

Before we dive into the hows and whys of IoT testing, it helps to understand that an IoT device is the sum of many parts.

It is necessary to test each layer separately and collectively. Like an orchestra, each individual instrument must be fine-tuned, and together the instruments need to sound melodious.

The large scale of IoT deployments makes it difficult to track down and fix faulty units once they are actively in use. However, IoT testing can find weak links before devices become active, preventing bigger problems down the line. For example, cybersecurity vulnerabilities can surface in unsecured IoT endpoints of an enterprise network system. IoT testing finds and secures these rogue units. IoT testing also ensures devices are easy to use and compatible with both legacy and greenfield equipment.

Recommended reading: IoT Architecture Explained: What Is It And How Does It Work?

The 5 different types of IoT testing‍

IoT testing varies depending on which aspect of the solution needs evaluation. They include:

Usability testing involves testing how easy it is for the average user to work with an IoT interface — are the messages understandable, and do the right messages display at the right time? Usability testing need not apply to human interactions alone. Machine-to-machine (M2M) communications in IoT are routine and challenging because of the frequent lack of an interface. Usability testing is still key in such instances and will test the ease with which machines communicate with each other.

A smart blood glucose monitor managed remotely needs to relay the right and understandable information to healthcare providers and also use the right language when immediate attention to a dangerous health situation is necessary.

Usability testing ensures IoT communications proceed smoothly and don’t discourage usage. A frustrating user experience can lead people to not use IoT devices at all, which is exactly the kind of outcome that companies want to avoid.

An IoT solution’s primary function is to relay information. To do so, it needs to integrate with existing networks and devices. Compatibility testing ensures that this integration goes smoothly. Will the related app, if any, work on all browsers and platforms? The method through which the IoT device relays the information might also vary: Bluetooth, 4G LTE, and Wi-Fi are just a few channels of communication that will need testing to ensure compatibility.

Testing an IoT application’s behavior on various browsers is just one example of this kind of testing.

Testing for security vulnerabilities is becoming increasingly critical as a hacker can move laterally into entire enterprise systems simply by gaining a foothold through a vulnerable IoT interface.

Security needs to apply both at the API level and for data in transit. As a result, all data needs to be encrypted. This especially applies to devices handling sensitive information such as patient health data. Interfaces and M2M communication protocols will also need to pass testing standards.

Penetration testing as part of a suite of cybersecurity checks, is a common method of ensuring that IoT portals are secure. Or you can use automated tools that scan all machine identities — these can include IoT endpoints, servers, virtual containers, and networks. IoT testing addresses vulnerabilities in both the cloud and the device.

It might be an obvious statement, but an IoT device needs to function as promised when used under everyday conditions. Performance testing subjects devices to their intended use cases to ensure all the software and hardware components work as advertised. The network and gateways, databases, and APIs all undergo performance testing.

In addition, IoT devices need to function reliably while in use. This becomes especially important in the case of field devices or devices in manufacturing and nuclear power plants where environmental hazards come into play.

Several functional safety standards apply to IoT devices in a variety of fields. For example, medical device manufacturers must comply with I​EC 62304​, a regulatory framework for medical devices. Similarly, vehicle IoT systems, including infotainment consoles and vehicle-to-vehicle smart communication solutions, must mesh with other onboard electronics and comply with cybersecurity standards.

Such compliance is typically baked into design and coding processes but needs to be tested for compliance as components and code change.

While IoT testing is important, its implementation is not always easy for a variety of reasons.

The great thing about IoT is that it can feed data from previously untapped sources. But, testing and maintenance become challenging when every machine is outfitted with a sensor, especially in remote locations. Shadow IoT units creep up, whose existence might not even be known to system operators, and they can fly under the radar and remain untested.

The big advantage of IoT devices — bringing digital data from the physical world — also leads to testing challenges. Embedded devices are difficult to test as both the software and hardware components must be evaluated separately and together.

Data from legacy equipment and newer IoT devices might not be in the same format, so in essence, you might be comparing apples and oranges. Communication protocols vary as well, which means establishing a common testing protocol that accounts for data heterogeneity is a must.

Oftentimes IoT devices made by mixing and matching components from original equipment manufacturers do not lend themselves easily to testing. A certain amount of trust in the vendor is required to assume that hardware components have passed crucial testing thresholds. Preventing this mixing and matching is not always easy when supply chain challenges make aspects of parts sourcing somewhat opaque.

The challenges related to IoT testing might seem difficult to work around, but professionals know that understanding certain ground rules helps make the process a lot easier.

It might seem like a no-brainer but figure out what drives the devices being tested. How do they work? What protocols do they use? Which parts of the IoT layer do they belong to? Knowing this will help you understand which parts need to be tested — and how.

Bake testing and security early into the design process

Make testing more agile and a habit. Integrate testing earlier in the design of IoT systems so you can catch vulnerabilities early instead of having to go back to the drawing board after a long design cycle. Testing early and more often can also bring IoT devices to market earlier. Security also needs to be baked into the design and coding process so testing does not reveal too many gaping vulnerabilities.

Test automation can help analysts scale the volume of testing to ensure that all layers are tested effectively and quickly. Open source programs are available to conduct such automated testing, as are more proprietary solutions from companies specializing in automated testing of all software, not just embedded systems.

Optimizing your IoT testing: a few tools to consider‍

A number of tools promise to simplify the task of IoT testing. Tools test each layer of a functional IoT device — from the connectivity layer to APIs.‍

Companies like Parasoft and AWS have developed tests to ensure the security of IoT endpoints. In addition to testing, often managed service providers will include monitoring of IoT endpoints as part of a larger security package and test systems periodically to ensure that all vulnerabilities are taken care of.

Shodan is a critical IoT endpoint testing tool because it shines a light on “shadow” devices that might be connected to the enterprise network without the administrator’s knowledge. Shodan also tells you where users are connecting from and if they’re using a VPN.

This open-source tool tests networking protocols and helps determine where the gaps might lie. Given that IoT devices might rely on hundreds of protocols, Wireshark is an especially useful tool in any kit. The tool has to be configured based on the protocols used, and the traffic analyzed for abnormalities.

Much like Wireshark, the Tcpdump tool also analyzes network traffic without a graphical user interface. Users have to issue commands in the command line instead.

This tool tests the chip on the IoT device and whether it functions as it should. Printed circuit boards are the basic unit in the hardware system so testing them ensures the integrity of the device.‍

Used often to test the viability of a device design, the DSO can give crucial intelligence about how the IoT product will perform under various operating conditions, including wireless connectivity and voltage variations from battery durability. Will the device hold up when the power supply is unpredictable? This test can tell.

Cellular connectivity for IoT with Hologram

Ensuring performance, reliability, and security is key to a successful deployment. With Holograms IoT SIM card, you'll get seamless, global coverage for LTE/4G/3G/2G IoT devices in 200 countries worldwide with more than 470 carriers to rely on. And you won't have to worry about device security. From device isolation to three layers of firewalls, Hologram places a high value on transparency, trust, and security. Ready to start your IoT deployment? Check out our global IoT SIM card today!