NB-IoT and Cat-M1 (LTE-M) vs. Cat-1: How to choose the right LTE IoT standard

Here we break down the differences between Cat-M1 (LTE-M), NB-IoT, and Cat-1. Learn more about the benefits and limitations of these LTE IoT standards.
Connectivity
Derrick Wolbert
March 30, 2022 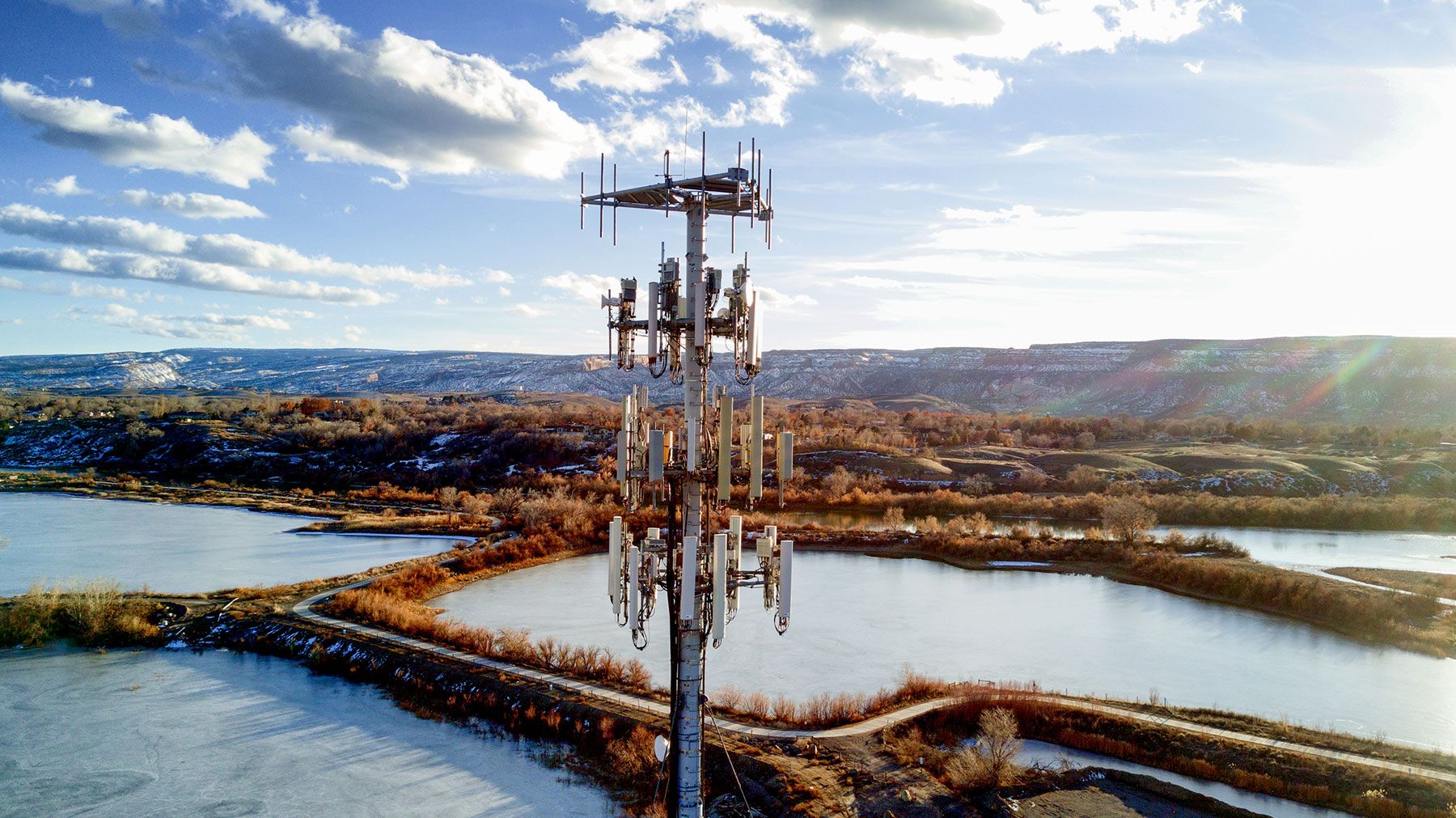 You probably know there are a number of connectivity options when it comes to IoT: cellular LTE, WiFi, Bluetooth, and ethernet, to name a few. While each has its own benefits, if LTE connectivity is the right choice for your IoT deployment — it’s time to talk about LTE IoT standards.

Companies that plan to implement IoT globally, or need an upgraded path from existing 2G and 3G cellular network deployments, have multiple LTE IoT standards to choose from. First, there are two newer LTE standards – NB-IoT, which stands for Narrow Band Internet of Things, and Cat-M1, which is also called LTE-M — that are designed for IoT. Both have generated a lot of buzz and have been touted as the technologies that will drive the next generation of cellular IoT deployments. As such, carriers have begun to deploy these two standards.

Then there’s a third option that you may not have heard of but is a great fit for global IoT deployments today: an LTE standard called Category 1 (Cat-1).

Read on, and we will explain the basics of the three standards, examine their benefits and limitations, and then detail the reasons you should consider Cat-1.

Jump to what you need:

NB-IoT is a standard developed by the Third Generation Partnership Project (3GPP) as part of Release 13 of the LTE standard for cellular communications. To fully understand NB-IoT, let’s go over some of the features of this standard and discuss the use cases where its implementation would make the most sense.

NB-IoT is a low-power, wide area network (LPWAN) technology that operates on the licensed spectrum and is designed for IoT devices with low-bandwidth needs. Along with LTE-M, it’s one of the two new standards getting a lot of interest. It is a subset of the LTE standard, but with a more limited bandwidth, constrained to a single 200kHz narrow-band.

A couple of benefits of NB-IoT: it’s low cost, provides improved in-building coverage, and is designed to consume less power. For this reason, it enables a longer battery life when compared to other existing cellular standards.

When thinking about IoT applications, the speed at which data can be uploaded to the internet and downloaded from the internet will be an important consideration. NB-IoT features uplink speeds of 66kbps and download speeds of 26kbps in half-duplex mode, meaning data goes in one direction at a time. It also has a latency of 1.6 to 10 seconds.

As mentioned, NB-IoT operates in a very narrow bandwidth and can be deployed in the guard band portion of an LTE network, which is in-between channels in an unused portion of the spectrum. It has a 200 kHz channel bandwidth but occupies only 180 kHz.

The cellular technology offers long-range support and strong signal penetration, so it’s good for long distances and indoor or underground usage. But NB-IoT can only be used for stationary IoT applications because it doesn’t handle cellular tower handoffs.

Use cases for NB-IoT include smart gas, water, and electricity meters, smart city applications, such as smart street lighting and parking sensors, and other remote sensing applications that don’t send frequent or large amounts of data. That includes HVAC control, industrial monitors, and agricultural sensors that monitor irrigation systems and detect leaks.

Cat-M1, also known as LTE-M, was designed specifically for IoT projects to transfer low to medium amounts of data (200 – 400 kbps) across a wide geographical range. It was designed to exist as an alternative to unlicensed LPWAN options, like LoRa, SigFox, and RPMA. Let’s dive into the features of LTE-M to see how it compares to NB-IoT.

Cat-M1 is also a low-cost LPWAN technology developed by 3GPP as part of Release 13 of the LTE standard. It’s a complementary technology to NB-IoT and also features low power; however, it’s different from NB-IoT in several ways. For one, Cat-M1 supports cellular tower handoffs, so it works for mobile applications, such as asset tracking and fleet management. It also supports voice features in IoT applications, making it a good choice for medical alert devices and home alarm systems where the ability for people to talk is important.

LTE-M is faster than NB-IoT, with 1Mbps upload and download speeds and a lower latency of 10 to 15 milliseconds. Generally, speeds are 300 kbps for downlink and 380 kbps for uplink. This might still seem slow, especially compared to the internet speeds that many are used to, which ranges in the megabits per second arena, but for IoT applications, LTE-M can make sense. Generally, this standard works well in IoT applications where what matters is the value of data over time, rather than the speed at which data can be sent.

Cat-M1 offers fast enough bandwidth to serve as a replacement for many current 2G and 3G IoT applications. The standard, which uses 1.4 MHz of bandwidth, also has enough throughput to transfer firmware, software, and other security updates to IoT devices, including a full-blown Linux operating system – something NB-IoT can’t do.

Good use cases for Cat-M1 include wearables, such as fitness bands and smartwatches, and automated teller machines (ATMs) in addition to asset tracking, health monitors, and alarms. It also has some crossover with NB-IoT and can work with smart meters and industrial monitors.

Now, let’s look at a third IoT standard, Cat-1, and some of its features that make it such an attractive option for IoT LTE deployment.

Cat-1 is part of Release 8 of the 3GPP standard, so it’s an older, but still current technology. It is designed for IoT devices with low and medium bandwidth needs.

The upshot: Cat-1 can manage the low-power applications that NB-IoT and Cat-M1 support, but it can also support higher bandwidth needs because it offers better performance and much lower latency than its two counterparts. On the flip side, Cat-1 consumes more power and has a slightly shorter signal range than NB-IoT and Cat-M1.

Cat-1 – which has widespread adoption among carriers worldwide – offers bandwidth speeds of 5Mbps for uploads and 10Mbps for downloads with a latency of 50 to 100 milliseconds. It uses up to 20 MHz of bandwidth in full-duplex mode and supports tower handoff.

Cat-1, which supports voice and mobile IoT applications, also offers a good migration path for 2G and 3G applications, such as asset tracking, smart meters, and other remote sensors.

However, Cat-1 isn’t fast enough to support the needs of autonomous vehicles of the future. For higher bandwidth needs, the Cat-4 LTE standard reaches 50Mbps upload and 150Mbps download speeds and can better handle video surveillance and other real-time video applications as well as in-car hotspots and in-car infotainment.

The reality and current limitation of NB-IoT and Cat-M1

In fact, by the end of 2025, NB-IoT and Cat-M1 are expected to make up 52% of all cellular IoT connections, according to the Ericsson Mobility Report in November 2019. Similarly, in a separate study, analyst firm ABI Research predicts that by 2026, NB-IoT and Cat-M1 will account for 60 percent of the 3.6 billion LPWAN connections.

But while NB-IoT and Cat-M1 offer many benefits, the two technologies currently have some limitations; namely, they are still emerging technologies, and coverage is still limited globally.

Carriers throughout North America, Europe, and Asia have begun adopting one or the other, but because NB-IoT and Cat-M1 are complementary technologies, some carriers are choosing to support both. In fact, out of 114 service providers that have deployed either NB-IoT or Cat-M1, nearly 25 percent have implemented both as of November 2019, according to the Ericsson Mobility Report.

However, while carriers are making progress with the adoption of NB-IoT and Cat-M1, they are not widely deployed globally yet. That, in turn, limits roaming capabilities. If your company has a specific IoT use case that requires roaming between carriers on Cat-M1 networks today, it may not be possible because of the still limited adoption rates.

As mentioned, NB-IoT can’t accommodate cellular tower handoffs, and this is one of the main reasons it’s best for stationary objects. Of course, when it comes to IoT deployment, this limits the use cases and results in fewer applications.

Is it really low-power?

NB-IoT and Cat-M1 do, in fact, consume less power than previous cellular technologies, such as Cat-1, 2G, and 3G networks. The new standards also include some additional power-saving features that can further reduce power consumption and extend the battery life of IoT devices. However, these highly touted features may not live up to their promises because carriers might not fully support them.

More specifically, NB-IoT and Cat-M1 devices can sleep for a longer period of time through two features: Power Saving Mode (PSM) and Extended Discontinuous Reception (eDRX). With PSM, IoT devices using NB-IoT and Cat-M1 can go dormant indefinitely and then wake up at a pre-determined time to send and receive data.

However, there are potential limits to the amount of power saved by eDRX and PSM because their usage is not solely dictated by IoT devices. In fact, it depends on each specific carrier and whether each carrier supports all the available low-power modes. It’s likely that carriers may only adopt a subset of the low-power modes, meaning IoT devices may not fully maximize the benefits of eDRX and PSM.

Which connectivity option is the best choice today?

Even though Cat-M1 (LTE-M) and NB-IoT are starting to get widely deployed, CAT-1 will probably be the best option for most deployments. Let's take a look at a few reasons why.

‍Companies that need to deploy IoT globally today should consider Cat-1 because the two new alternatives are simply not as widely available (though this may soon change).

In contrast, Cat-1 is available today and is widely supported by carriers worldwide. It’s low cost, popular for IoT deployments, and is about the same price as current Cat-M1 and NB-IoT modules. And while it does use more power than Cat-M1 and NB-IoT, it does use reasonably low power and supports long distances.

Power savings does matter, and enhancing this is something to look forward to when Cat-M1, or LTE-M, and NB-IoT are more readily available. But one way to look at it is this: 2G and 3G are not low-power technologies. With 2G and 3G networks shutting down, companies that need to upgrade their IoT deployments will find that Cat-1 is more energy-efficient than the older 2G and 3G networks.

‍Cat-M1 and NB-IoT are the future – no doubt. The 3GPP plans to evolve NB-IoT and Cat-M1 and merge them into the 5G standard.

But Cat-1 – and LTE in general – are not going away anytime soon. Carriers are still in the early stages of building 5G networks, and as a result, LTE networks will remain the de facto standard for several years at least. And even after that, LTE networks and Cat-1 will remain and not get phased out for some time.

While there are certainly use cases where NB-IoT and Cat-M1 are ideal because of their lower data rate and battery optimization, most applications are better suited for Cat-1. Simply put, companies that need to deploy IoT globally today or upgrade from 2G and 3G networks don’t need to wait until Cat-M1 and NB-IoT expand globally and mature as a technology. Cat-1 is a viable, strong solution today and for years to come. Plus, it provides the most extensive, thorough coverage for your current IoT needs.

Get connected with Hologram

NB-IoT and Cat-M1 will be the future, which is why Hologram’s future-proof SIM cards are the key to successful, long-term IoT deployment. Our SIM card offers seamless, global coverage for IoT devices with access to 2G/3G/4G/LTE and CAT-M technologies. Available in 200 countries with automatic carrier switching across 470+ carriers, with Hologram SIM cards, your devices will never go dark. Get connected today.