How to understand the different LTE IoT device categories

Highlighting the benefits of LTE-M and NB-IoT, plus a look at the future of 5G.
Connectivity
Ryan Lee
January 12, 2022 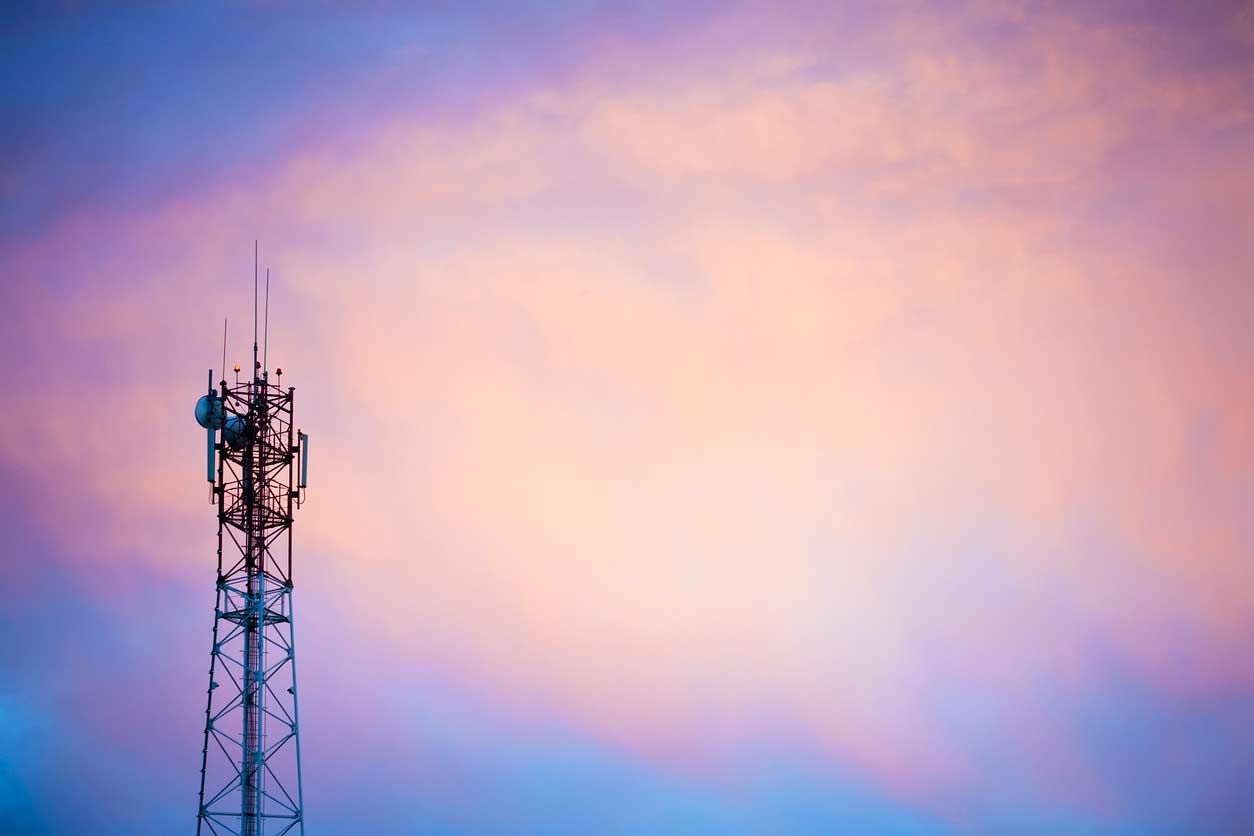 In this post, we’ll look at the main LTE IoT standards, including the two latest: LTE-M and NB-IoT. We’ll highlight the benefits of each, explore the future of 5G networks and examine how it will impact your current and future cellular IoT deployments.

Use the links below to jump to what you need:‍

What is LTE, and how does it differ from 3G?

Recommended reading: What is cellular IoT?

What is LTE, and how does it differ from 3G?

LTE, which stands for Long Term Evolution, is a 4G (fourth generation) wireless broadband standard. Here’s what sets it apart from 3G, the previous generation.

3G networks still hold a sizeable market share in some parts of the world, such as the Middle East, Africa, Southeast Asia, Latin America, and Central and Eastern Europe. But carriers in those regions are moving rapidly to LTE. 3G can still be beneficial to IoT fleet operators as a fallback connectivity option but won’t be the main method of connectivity moving forward.

Let’s take a closer look at each of these four standards and how they differ from one another.‍

Also known as Cat-M1, LTE-M is designed for low power consumption and IoT devices with low-bandwidth needs. It was created as part of Release 13 of the 3GPP’s LTE standards for cellular communications. It is a low-power, wide area network (LPWAN) technology that operates on the licensed spectrum and serves as an alternative to unlicensed LPWAN options such as SigFox, LoRa, and RPMA. LTE-M / Cat-M1 offers 1 Mbps upload and download speeds and a latency of 10 to 15 milliseconds. Its bandwidth is fast enough to serve as a replacement for many current 2G and 3G IoT applications, and it supports cellular tower handoffs, making it a good choice for mobile applications such as asset tracking and fleet management.‍

Also part of Release 13 of the 3GPP’s LTE standard, Narrowband IoT (also known as NB-IoT or Cat-NB1) is an LPWAN technology that operates on the licensed spectrum and is designed for IoT devices with low-bandwidth needs. This low-cost technology provides good in-building coverage, consumes less power, and has a longer battery life compared to other existing cellular standards. NB-IoT has an uplink speed of 66 kbps and download speeds of 26 kbps in half-duplex mode, meaning data goes in one direction at a time. Its latency is longer than LTE-M’s, at 1.6 to 10 seconds. Because of its limitations, it’s best suited for simple IoT devices that require small, intermittent data transmissions where latency doesn’t matter. Some examples include smart gas, water, and electricity meters, smart city applications such as street lighting and parking sensors, and other remote sensing applications like HVAC control, industrial monitors, and smart agriculture sensors.

Cat-1 is designed for IoT devices with low and medium bandwidth needs. It’s part of Release 8 of the 3GPP standard, so it’s an older but still current technology that’s widely available around the world. Cat-1 offers bandwidth speeds of 5 Mbps for uploads and 10 Mbps for downloads with a latency of 50 to 100 milliseconds. It uses up to 20 MHz of bandwidth in full-duplex mode and supports tower handoff. As a result, it’s a good choice for use cases like wearables, point-of-sale (POS) terminals, ATMs, asset trackers, and smart meters.‍

While Cat-1 isn’t fast enough to support the needs of autonomous vehicles of the future, the Cat-4 LTE standard can meet that demand. It reaches 50 Mbps upload and 150 Mbps download speeds and can better handle video surveillance and other real-time video applications as well as in-car hotspots and in-car infotainment.

The four LTE IoT categories have overlapping features and performance metrics. The best choice for your company depends on particulars like the amount of throughput you need, latency requirements, power consumption, battery life, cost, and how widespread its adoption is by carriers. Here’s a closer look at each of these considerations:‍

Cat-M1 targets IoT applications that need more frequent data transfer and lower latency than what NB-IoT offers (although these are much less than other LTE categories, such as Cat-1). Cat-1 networks can handle from low to medium-bandwidth applications, from 100 Kbps to a few 100 Mbps of data per month. Cat-4, on the other hand, can manage much higher upload and download speeds, making it the best choice for high-demand applications such as video.

As LPWAN technologies, both NB-IoT and LTE-M are designed to conserve battery power. Cat-M1 also supports full and half-duplexing, meaning companies can lower power consumption and increase their battery life by choosing half-duplex. By contrast, Cat-1 consumes more power and has a slightly shorter signal range than NB-IoT and Cat-M1, and Cat-4 consumes the most power and therefore is best suited to use cases with dedicated, connected power sources (rather than batteries), such as autonomous vehicles.‍

LTE-M and NB-IoT are both designed to be low-cost IoT technologies, making them great choices for many high-volume device applications. Typically, Cat-1 modules cost a bit more than LTE-M and NB-IoT modules, but are only about half the cost of Cat-4 modules.

Among the new LTE categories, Cat-M1 and NB-IoT are the most nascent options for companies that have to upgrade their existing 3G IoT deployments as carriers shut down their 3G networks. Analyst firm ABI Research predicts that by 2026, NB-IoT and LTE-M (Cat-M1) will make up 60% of the 3.6 billion LPWAN connections. But carriers are just starting to adopt Cat-M1 and Cat-NB1. Carriers throughout North America, Europe, and Asia are adopting one or the other, but because they are complementary technologies, many carriers will choose to support both in the next few years. For example, several large U.S. service providers launched nationwide Cat-M1 networks in 2017 and then rolled out nationwide NB-IoT networks in 2019.

5G promises great improvements for IoT device connectivity, including a wider radio frequency spectrum, higher bandwidth, and more reliability and security. Eventually, the technology will make massive IoT (deployments of millions of sensors and devices) possible by enabling high-speed data processing at the edge. But we’re not quite there yet.

Here, we will first explain 5G’s benefits, its timeline for construction, and why 4G LTE is the way to go if you need to deploy IoT in the next few years.

5G will provide the infrastructure necessary to handle the real-time video and artificial intelligence algorithms necessary to support autonomous vehicles and applications that require fast network performance, such as remote surgery in healthcare and remote management of hazardous machinery. ‍

While carriers are racing to build 5G systems, it’s still in its early days. 5G is extremely short-range technology. To achieve the high bandwidth and capacity necessary to handle a large number of users, carriers will have to install 5G base stations on every block or every few blocks. In contrast, 4G LTE requires cell towers every mile or every few miles. ‍

Municipalities are wrestling with 5G deployment and the permitting processes to enable its construction. This process will take a few years in cities and much longer in rural communities. As a result, LTE will remain the de facto standard for several years at least.

The upshot: for companies that need to do any type of IoT deployment in the U.S. or internationally, LTE will provide the most extensive and thorough coverage over the next two-plus years.

Besides, the vast majority of IoT applications don’t require the fast speed and low latency that 5G offers. In most cases, LTE offers the features and performance you need. Also, 3GPP plans to evolve LTE-M and NB-IoT standards and merge them into the 5G standards, so the two newest LTE IoT technologies are not going away. LTE-M and NB-IoT will co-exist with 5G, so in the future, when 5G is the dominant cellular network, companies can still leverage their LTE investments.

No matter which LTE IoT standard is right for your application, Hologram is ready to help you get connected wherever in the world your devices will be deployed. Our IoT SIM card offers seamless, global coverage for IoT devices with access to LTE/4G/3G/2G technologies. And with our Hyper eUICC-enabled SIMs, you’ll gain access to new connectivity partnerships without any additional carrier negotiations, integrations, or hardware swaps.

Cellular technologies like 4G LTE provide the bandwidth and the reliable and secure communications necessary for companies across all industries to take advantage of smart, connected devices. Businesses building cellular IoT products must choose the cellular technology that best meets their requirements, but the alphabet soup of cellular standards for IoT devices can cause confusion.