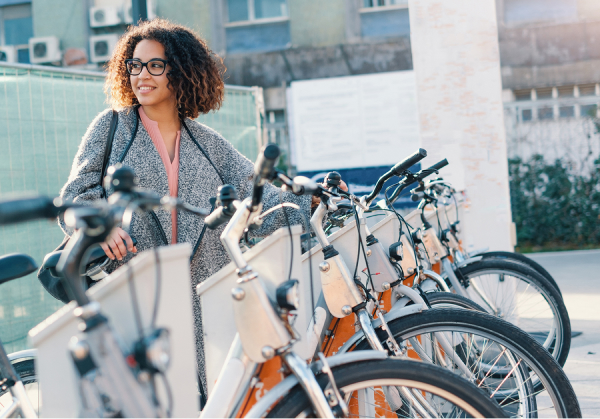 Network selection: What role does it play in cellular IoT?

Network Selection is critical in how a cellular device connects to a cellular network. Here we explain how it works and more.

What is Network Selection?

A device connects by default to its “home” network — the one chosen by its SIM card manufacturer. If a device travels outside the geographical boundaries of its home network, it can usually connect to provider networks that have forged agreements with the primary provider, a process called steered roaming.

For most cellular devices, network selection happens automatically. This is important because IoT devices are often deployed away from human oversight, so they need to be able to manage connectivity without intervention. If there are several networks available in the area, the device makes a selection based on settings stored in its SIM and modem firmware, the position and efficacy of its antenna, and other variables. ‍

How Does Network Selection Work?

Traditional SIMs connect based on their MNO’s preferred set of networks. A device’s modem can be configured to choose a network automatically (which as we’ve noted is most commonly the case for cellular IoT devices) or manually. Let’s take a look at how the process works in each scenario.‍

If a device’s modem is set up for automatic network selection, it will scan for available networks when it’s powered on or when it moves into a new geographical area. Based on its findings, the modem will attempt to connect to a network based on rules laid out in the 3GPP TS 23.122 standard:

Individual devices can also make the call on which network to join. The process is similar to automatic network selection, but in this case, the device itself (rather than the modem) issues an AT+COPS command to scan for available networks. The list of networks is sorted according to the same 3GPP TS 23.122 standard, and the device makes a decision and issues another AT+COPS command to attach to its chosen network. In case the network rejects the connection request, the device must be programmed with a fallback rule that will allow it to move to the next potential network on the list.‍

SIMs keep a running list of networks that have refused their connection request. This list is referred to as FPLMN, or the forbidden list. Once a network is on the FPLMN, the modem will not attempt to join it again unless a human manually overrides the setting. If it’s causing problems, device managers can clear the FPLMN using a few specific AT commands.‍

What’s the Role of Network Selection in Cellular IoT?

For cellular IoT deployments, network selection plays a key — and very practical — role. Let’s take a fleet management system as an example. A shipping company deploys several thousand IoT sensors on its fleet of semi-trucks, which regularly traverse the continent.

As a truck moves from one region to another, it must select a new network to remain connected and keep sending important data to a cloud-based IoT platform. For the most consistent flow of data, the device — and its SIM and modem — must be ready to choose and connect to the best available network in every region with minimal or no manual oversight.

How Does the IMSI Impact Network Selection?

A SIM’s list of available networks is linked to its International Mobile Subscriber Identifier (IMSI). Single-IMSI SIMs typically restrict devices to one network carrier, making them vulnerable to that carrier’s infrastructure problems and outages and causing unnecessary downtime for IoT devices. Some SIM providers use multi-IMSI technology to provide more network options.

To provide multi-IMSI connectivity, the SIM is loaded with several IMSIs, allowing subscribers to switch carriers when the device moves to a new geographical area. But while multi-IMSI is a useful technology with much potential, it has some limitations. A multi-IMSI SIM shuffles between multiple profiles based on available networks — and this switching logic can cause longer registration times and varying service experience. ‍

In contrast, Hologram’s global IoT SIM and eUICC SIM platform (Hyper) give IoT devices the power to switch automatically between carrier networks without delays, always optimizing the best possible coverage in a given area.