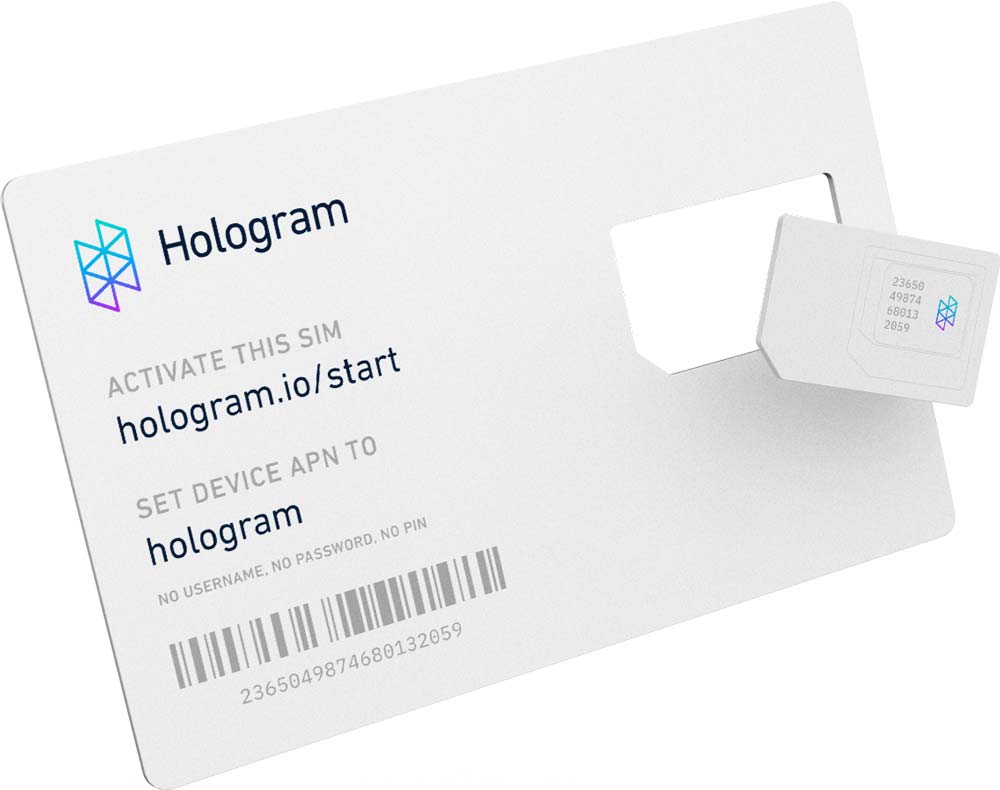 What is an ICCID number and why does It matter for cellular IoT?

The ICCID is a globally unique serial number—a one-of-a-kind signature that identifies the SIM card itself.

What’s an ICCID number and why does it matter for cellular IoT?

The ICCID is a globally unique serial number—a one-of-a-kind signature that identifies the SIM card itself. It stands for Integrated Circuit Card ID, a 19- or 20-digit number that’s typically printed on the back of a SIM card.

The ICCID isn’t the only identification number visible on most SIM cards. Other identifiers used in mobile networking including the IMSI and IMEI along with several more. In this article, we’ll drill down on the ICCID and what makes it important, taking a closer look at where it comes from, what it means, and how things are changing with the introduction of eSIM technology and the eUICCID.

What do ICCID numbers actually mean?

The first two digits of an IoT SIM Card ICCID are always 89, a code that identifies the telecommunications industry. This code distinguishes the SIM from other types of chip cards, including credit cards and some types of government or business identification.

Next is a country code, which is 2 or 3 digits long, depending on the region. Country codes are determined by the International Telephony Union (ITU), and are different from mobile country codes (MCCs) used in IMSIs.

The next set of numbers is the mobile network code (MNC), a 1–4 digit identifier of the mobile network that issued the SIM—in other words, its home network. If your device roams in another country, it must connect to a local network, and the MNC allows it to identify itself to the new network. In today’s world of many partnerships between cellular companies and service providers, you might find that your SIM’s MNC indicates a partner company, rather than the one you bought the SIM from.

Following the MNC, the rest of the SIM’s ICCID consists of a unique number that differentiates it from every other piece of SIM hardware on the planet. At the very end, there’s a single check digit computed by a Luhn algorithm.

You’ll use your device’s ICCID number in most communications with your network provider—to login to your dashboard, activate a line of service, or connect with customer support.

How do you find an ICCID number?

Typically, the ICCID number can be found on the SIM card or the packaging it came in. Depending on the device type, you can also look up the SIM’s ICCID from within the user interface. For example, on a mobile phone, it’s usually listed in settings.

How ICCID numbers are used and issued

As we’ve seen, the first several sets of numbers in an ICCID are dependent on the card’s designated industry, global region, and home network. The distinguishing portion of the ICCID is generally issued sequentially by your issuing mobile network, your home network for that SIM. In some cases, a SIM manufacturer in partnership with your carrier network might generate the numbers.

ICCID vs IMEI & other types of mobile network identifiers

Beyond the ICCID, which was created to identify the SIM hardware, there are several other codes and identifiers associated with mobile network equipment. Here’s a quick overview:

The International Mobile Subscriber Identity (IMSI) number is used by the cellular network to identify a specific line of service that your data plan is attached to. If you have a SIM card in the device, the modem module will read the IMSI from it. When the device needs to establish a connection, the network identifies it by the IMSI.

A 15-digit number, the International Mobile Equipment Identity (IMEI) is usually printed within a device’s battery component. It’s a unique number that identifies the device to the network when it’s checked against a global IMEI database.

An IMEI is usually broken down this way:

The Mobile Station ISDN Number (MSISDN) is the complete phone number, including the country code, of a piece of mobile equipment used to complete voice calls and route SMS messages.

These two codes are used by the network to authenticate a device.

What is the relationship between the ICCID and the IMSI?

ICCIDs and IMSIs might appear to be similar, but they were designed to identify two distinct entities: the SIM hardware itself and the subscriber or type of connectivity service. As a result, they don’t necessarily have a one-to-one relationship.

Traditionally, a SIM card has always had one ICCID because it’s a hardware identifier. So while there’s always just one ICCID and typically a single IMSI in a SIM card, there are instances when a card carries multiple IMSIs. For example, if a device is on the move and needs to connect to networks in different regions, its SIM card might have several IMSIs on board and switch them out based on its current location.

While multi-IMSI SIM cards have been around for a while, the new world of eSIMs and eUICC technology is opening up more possibilities—and confusion—around the ICCID and IMSI.

Embedded SIM technology, also known as eSIM, is disrupting the mobile networking world. Because it’s embedded into the device itself, the eSIM provides a number of advantages over traditional SIM cards — but there’s also quite a bit of confusion around the term and its related elements. Here’s a quick overview:

The term eSIM refers to the hardware component of the SIM, which is typically soldered onto the motherboard of the device. It usually contains more non-volatile memory than a standard SIM card, and—with the help of an eUICC—it can switch between several SIM profiles and network subscriptions. That’s where things get a bit complicated when it comes to ICCIDs.

The embedded Universal Circuit Card (eUICC) is the software within the eSIM that allows remote provisioning of SIM profiles. It enables network operators to provision profiles from afar, rather than having to physically remove a card and insert new hardware into the device. While the eUICC essentially developed alongside eSIM hardware, the software can also be used on traditional SIM cards.

With the development of eSIM comes a new identification number, the eUICCID. In many cases, an eSIM manufacturer may not be the same company that makes physical SIMs and generates profiles. For example, a company that manufactures chips might decide to sell eSIMs as well. A mobile network carrier wants to use their SIMs, but wants to provision them with their own pre-developed profiles. The carrier might even work with another provider to create the profiles, turning this into a two- or three-party relationship. To simplify the situation, the industry has adopted the eUICCID to identify the physical eSIM. It’s a completely different classifier, in addition to the ICCID, which is typically still generated along with the profile.

‍
Clearly, the ICCID and eUICCID play crucial roles in the genetic makeup of a SIM. Ready to get started on your IoT deployment with Hologram? Create an account and get a SIM.

Grab your own SIM

Clearly, the ICCID and eUICCID play crucial roles in the genetic makeup of a SIM. Ready to get started on your IoT deployment? Create an account and get a SIM.