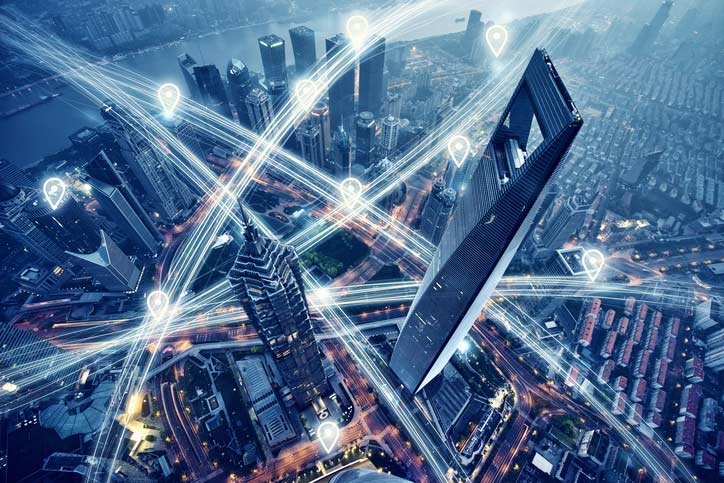 Why Software Defined Networks Are the Future of IoT

IoT demands a specialized, adaptive, and always-improving network, and the Hologram global network meets these demands everywhere around the globe.

It’s well-understood that IoT has the potential to transform industries as diverse as manufacturing, energy, CPG, and agriculture. But there’s a perplexing trend happening with IoT innovation. Even though IoT development is accelerating, organizations large and small are finding themselves hitting major points of friction when it comes to the practical side of building cellular connected products. The biggest challenges are exactly what developers would expect — security, bandwidth optimization, and the ability to move from prototype to large scale deployment.Despite the promise that IoT brings for a more connected and efficient technical landscape, developers are getting stuck. As Cisco found in a recent report, close to 75 percent of IoT projects are failing. Keep in mind that this failure rate is happening in parallel with IDC’s forecast that “the worldwide installed base of Internet of Things (IoT) endpoints will grow from 14.9 billion at the end of 2016 to more than 82 billion in 2025.Cisco surveyed 1,845 IT and business decision makers in the US, UK, and India across industries such as manufacturing, local government, retail/hospitality/sports, energy (utilities/oil and gas/mining), transportation, and healthcare. Within this sample, Cisco found that 60 percent of IoT initiatives stall at the Proof of Concept (PoC) stage and only 26 percent of companies have had an IoT initiative that they considered a complete success. A third of all completed projects were not considered a success.

The silver lining in these failure rates is that IoT, as mainstream technology, is still in its nascent stages. There are opportunities for innovation. Focusing on these three areas will increase the success rate of an IoT initiative:

Software defined networks will be the foundation that enables all three opportunities to unfold, as they provide much-needed abstraction and specialization. This infrastructure layer is the missing link between ideation, prototyping, deployment, security, and maintenance.

It’s not a new process to isolate networks at the infrastructure layer. The idea is very similar to virtual LANs (VLANs) that companies of all sizes have been using for years. Virtual LANs compartmentalize larger networks into smaller ones that can have custom access and quality of service controls, while also allowing virtual networks to span multiple physical locations and equipment. System administrators can divide up networking resources and implement unique security, redundancy, and operational requirements across each segment.Software defined networks (SDNs) are the next logical iteration on their more rigid VLAN and QoS ancestors. Software defined networks add additional customizations over traditional VLANs but are also programmable and can be adapted. With more precision in their settings, system administrators can utilize technical resources more efficiently by providing additional isolation, monitoring, and configurability. The network itself can also add a layer of intelligence to enforce policy and detect issues. Additionally, software defined networks can adapt unchanging devices to evolving deployment and integration requirements.Imagine fewer hacks, more efficient bandwidth usage, and higher levels of customization from product prototyping to deployment. The bottom line is that specialized networks should exist for IoT versus mixing many different classes of devices on generic networks.

Cellular networks are invisible networks yet provide ubiquitous connectivity. In some contexts (and within certain regions), it’s the best connectivity option available. Private APNs are the cellular equivalent of VLANs, and have traditionally been used to isolate different operators’ traffic from that of others. In theory, each device or group of devices with similar requirements on a network could be given their own network partition, right?In reality, this model doesn’t scale well for IoT. There are far too many devices. Creating individual Access Point Networks (APNs) would not be cost or resource effective (they involve additional maintenance costs and typically require manual setup). But, the real deal-breaker is that mere segmentation is not a complete solution, because it fails solve the problems of address access control, privacy and encryption, monitoring, and continuous improvement.Modern device deployments need specialized networks that can enforce their unique security, access control, monitoring, data utilization, and any other technical requirements. Reinventing cellular networks with complete software defined networking solutions solves both current and future IoT needs.For the last 18 months, Hologram has been working on the world’s largest LTE software defined network for cellular. What that means is that each device “micro-network” is configurable to its own set of characteristics. What this capability allows developers and IoT program administrators to do is customize both development and deployment environments to meet their own requirements as well as their industry’s standards.These capabilities bring added efficiencies from a development perspective. With Hologram’s software defined network, developers can build a solution that resides in three places: on a device itself, on a server that a device talks to, and on a programmable network. The difference between development, staging, and production environments can simply be a change in network configuration.The software defined network also enables Hologram and its customers to implement advanced security features right on the network. This presents three main advantages:

Telcos provide a base layer for cellular communication, but they’re often too rigid for the breadth of IoT uses and pace at which technologies and security mechanisms become obsolete.IoT demands a specialized, adaptive, and always-improving network, and the Hologram global network meets these demands everywhere around the globe.

INTERESTED IN GETTING STARTED? CHECK OUT OUR DEVELOPER PLAN AND ENJOY A FREE DEVELOPER SIM AND 1MB PER MONTH.