See why thousands of customers choose Hologram for their cellular IoT platform. 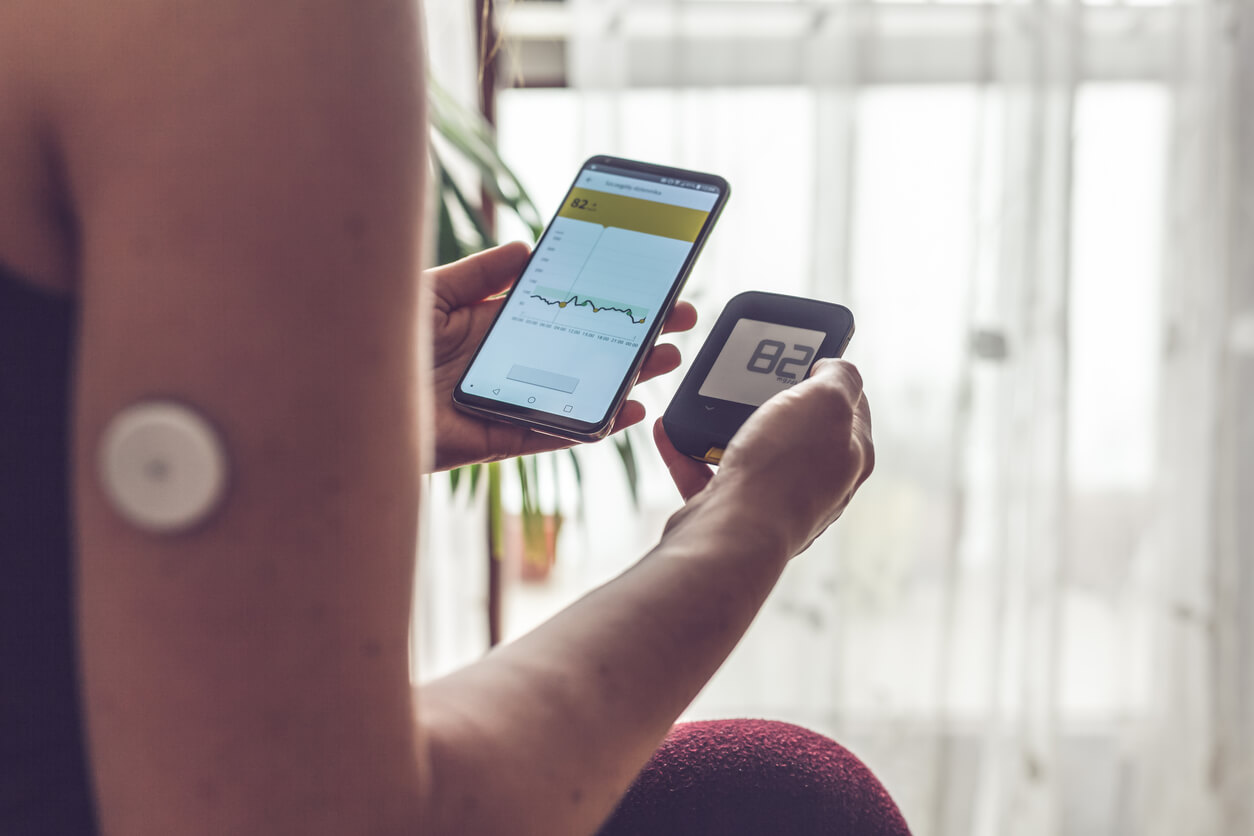 Find out how the ten most common IoT sensors are transforming daily life — and how cellular technology helps manage all that data.

Wireless Internet of Things (IoT) sensors are being deployed to make buildings smarter, manage supply chains, and connect people with technology. While sensors have measured and regulated our daily lives for years — think thermostats — shrinking technology and costs are driving innovators to put IoT sensors in all kinds of places.

When all that IoT sensor data is aggregated, companies can gain a better picture of their entire environment and make smarter decisions about their factory, high-rise, field — even patients.

In general, sensors detect changes in an environment. Connecting those sensors via the Internet of Things amplifies their power, enabling systems that can adapt based on what the sensors detect. One of the most exciting applications, the Industrial Internet of Things (IIoT) is transforming how businesses handle everything from automation and efficiency to predictive maintenance.

The most common types of IoT sensors include:

Pressure sensors measure changes in gases or liquids for weather and medical usage, with growing IoT use throughout manufacturing and commercial buildings.

Humidity sensors measure water vapor and are widespread in HVAC systems, weather tracking, and manufacturing lines that must maintain an exact moisture level.

Accelerometers measure acceleration and changes to gravity, which is very useful in vehicles, but also common in smartphones, pedometers, and other IoT wearables.

A special type of optical sensor, infrared sensors either emit or detect infrared radiation. They are widely used in healthcare to monitor blood flow and in remote controls and smartphones.

Proximity and motion detection sensors can measure movement of humans or objects. They have long been used in security situations and are also widespread in anything automatic: doors, lights, and those annoying sinks.

Level sensors can measure fluids, whether in a gas gauge, a beverage dispenser, or a medical device. IoT uses include remotely monitoring water reservoirs and compressors.

Gyroscopes measure the angular velocity to assess how an object is oriented. These sensors are common in video game controllers, smartphones, navigation systems, drones, and elsewhere.

Gas sensors monitor the amount of a given gas or airborne particles. Long used for detecting smoke and carbon monoxide in homes, the IoT has brought these wireless sensors into manufacturing facilities and mines to protect workers. Fire-prone areas use IoT-enabled air quality sensors to inform the public of unhealthy conditions.

IoT sensors are pervasive in smartphones and HVAC systems. But as costs come down, they’re also transforming less obvious industries.

The Industrial Internet of Things, or Industry 4.0, is disrupting how manufacturers go about their work. While IIoT sensors have already enabled entirely new levels of safety and automation, they are now helping solve one of manufacturing’s biggest challenges: unplanned downtime. This downtime costs factories 5 to 20 percent of their annual productivity — and as much as $22,000 per minute in the automotive industry. The easiest way to minimize this unplanned downtime is to monitor usage and ensure equipment is properly maintained. IoT sensors are helping manufacturers do exactly that.

One IIoT sensor company, Amper, set out to fix the downtime problem to help manufacturers improve their profitability.

Amper’s IIoT sensors monitor machines’ electrical signals to gauge whether they’re productive, idle, or off. And since these IoT sensors are designed to work with LTE connectivity rather than rely on non-existent or sub-par factory Wi-Fi, they continuously stream real-time data to an IoT dashboard. This data instantly notifies maintenance managers when a machine is unproductive, while helping them make smarter decisions about maintenance priorities.

Healthcare has long relied on sensors to monitor everything from a patient’s blood sugar and heart rate to oxygen saturation. And healthcare has developed some of the smartest, most widespread IoT wearables.

With every month, IoT sensors are tracking more conditions, from an accelerometer that tracks Parkinsons-related tremors to insoles that measure foot pressure, temperature, and movement  to help prevent diabetic foot ulcers. There are also medical IoT sensors that track insulin levels, medication adherence, asthma inhaler use — the list goes on.

Plus, more healthcare providers are “prescribing” smartwatches or other wearables to help their patients track exercise, movement, and sleep. A Pew study finds that 21 percent of US adults currently use some type of smartwatch or fitness tracker, a number that is climbing especially fast among Baby Boomers.

Since these devices are all IoT-enabled, sensor data is fed to platforms and apps that can be managed by the patient and/or care provider, depending on permissions. That can help a patient better understand and manage their own health, such as getting notifications to take their medication or alerts if their blood sugar drops. Trend data can identify patterns or triggers that can help a patient make healthy changes. Meanwhile, care providers can see patterns or potential problems — or even receive alerts, depending on the device.

Many of these wireless IoT sensors ultimately help patients reclaim control over their health. As Richard Cooper of AXA PPP Healthcare told Econsultancy, wearables connected with wireless IoT sensors are “solving what are in some cases quite simple problems, and giving people that quality of life back… Technology makes your interaction with your medical professional much more powerful and useful, and puts you more in control.”

IoT sensors are poised to empower so much more.

Machine learning and artificial intelligence can comb through aggregated data to identify trends and spot anomalies that the average person would never notice.

For example, the thousands of wireless IIoT sensors currently installed in commercial buildings’ HVAC systems track everything from temperature, humidity, and pressure to the effectiveness of those systems. Aggregating that data can help a smart building solution provider better understand what’s “average” and what’s “abnormal.” Mapping those insights against the age, type, and condition of both the building and HVAC system can generate recommendations for how a building owner might wring more efficiency from their own system.

Meanwhile, Apple’s ResearchKit framework is helping medical researchers gather data that helps them better understand certain diseases, such as movement disorders. The open source framework makes it easier to develop user-friendly apps, while the platform helps enroll iPhone users into trials and studies. With a larger data set, researchers can learn how a condition manifests itself in a population — and develop new treatments.

But all that IoT sensor data must be secure, protected, and reliable.

And that’s not always possible on Wi-Fi, which can range from unreliable to nonexistent, especially with wearables or connected vehicles that are always on the move.

Many IoT sensor manufacturers now rely on cellular LTE connectivity instead of Wi-Fi. LTE is far more reliable, delivering continuous streams of secure, real-time data. But with more than 550 cellular providers around the world, how do manufacturers decide which one should connect their IoT sensors?

Today, technologies like eUICC (embedded universal integrated circuit card) allow a SIM card to be assigned to multiple cellular providers, rather than just one. The result is a truly Global SIM card, like those developed by Hologram.

Many IoT sensor manufacturers work with a Global SIM provider to future-proof their technology. A sensor with a Global SIM card can work on any cellular provider, anywhere. That means that no matter where an IoT sensor is shipped — an office building in Newark, a factory in Japan, a supermarket in Portugal — the sensor will connect to the local cellular provider, instantly and seamlessly.

Plus, a Global SIM provider like Hologram merely serves as a “tunnel” for the data, keeping it private and secure as it flows from the connected IoT sensors. That security helps guard against a potential backlash from privacy-concerned users.

IoT sensors will drive the future

The ten common types of IoT sensors are already being combined into a startling array of possibilities, with so many more on the horizon. As developers think big, they should make sure that verifying connectivity is part of their process. After all, wireless IoT sensors are useful only if their data can get to the intended platform, system, or app.