7 challenges in IoT and how to overcome them

Explore some of the most popular challenges in IoT and ways you can prevent or overcome them.
Features
Kelli Harris
September 9, 2021 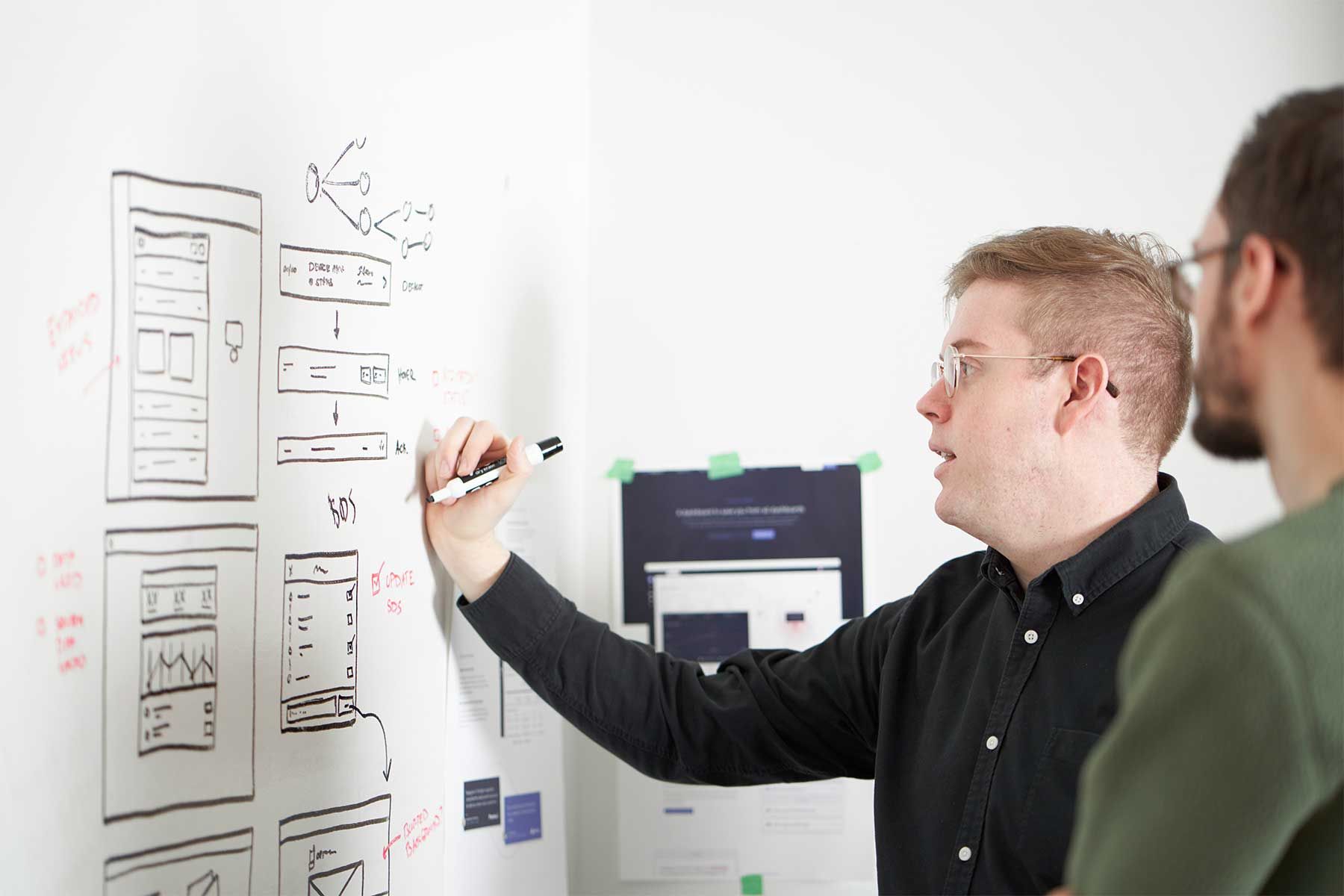 IoT is a rapidly growing industry with endless potential applications in every sector, but there are unique challenges associated with adding connectivity to — well, everything. Those hurdles include ensuring dependable connectivity, robust security, and compatibility between devices, systems, and software. In this article, we’ll break down seven of the most common challenges to IoT development and deployment and how to overcome them.

To jump to what you need, click the links below:

‍By its nature, IoT opens up networks to the possibility of hacking. That’s because it involves connecting many objects or “things” to the internet that did not previously link to a network. For example, manufacturing companies connect IoT sensors to machinery on the factory floor, while homeowners purchase smart home devices such as thermostats, doorbell cameras, and light switches.

With the innovation comes new vulnerability. Each connected thing, whether it’s a temperature sensor buried underground or a fitness watch, adds a doorway through which hackers could enter — and potentially bring down entire networks.

IoT security seeks to protect devices and networks, addressing the specific issues inherent to IoT deployments. But ensuring robust security for IoT devices is no easy task. Here are a few of the challenges:

Many IoT devices require frequent updates, including updates for security features. Some require manual interaction to update software and firmware, but these days many wireless devices allow automatic over the air (OTA) updates. Even if a device is kept up-to-date, though, there can be holes in system security — especially if the device manufacturer or software designer retires a product or goes out of business and stops creating updates.

Most IoT devices do not encrypt communications if the data is transferred over a local Wi-Fi network. If the Wi-Fi network is unsecured (and many are, especially public Wi-Fi networks), this leaves the device wide open to security risks.

Typically, IoT devices are not equipped with the same security features that standard computers have. In many cases, it’s nearly impossible to detect malware or ransomware in a device unless you’re an expert at coding.

There have been quite a few high-profile IoT security breaches — in fact, that’s one of the main PR problems IoT developers have to contend with. One example is the 2015 Jeep Cherokee hack, when two hackers remotely took control of a car using vulnerabilities in the entertainment system to access its dashboard functions. The two hacker-researchers commandeered the car while a journalist was behind the wheel, initiating a series of unexpected disturbances and finally disabling the brakes, causing the driver to swerve into a ditch. The experiment demonstrated just how serious — and life-threatening — IoT security vulnerabilities can be.

To build a solid IoT security framework, you need to address every layer of the stack. Here are a few best practices to keep in mind. (For more, check out The Ultimate Guide to IoT Security.)

IoT is a fast-developing area of technology. The wheels of bureaucracy, on the other hand, turn very slowly. Many legislators are either not aware or don’t fully understand the workings of IoT, so they are reluctant to create or enforce regulations about what businesses can or cannot do.

Here are a few examples of how this challenge plays out:

When it comes to data collected by IoT devices, there are no clear regulations on which information is private or public. For example, an IoT toy could collect information from a child without the parents’ knowledge or consent, and share that data with the manufacturer — who presumably could then share it with others without clear boundaries.

Lack of repercussions for leaks

Currently, the legal ramifications for data theft from companies is minimal, which does not really motivate them to tighten security. If 10,000 credit card numbers are stolen, little action is taken aside from a tarnish on the reputation of the company.

Both government organizations and private companies often retain information long after it is out of date and no longer relevant — and once that data is locked into a large system, it may be hard to extricate. For example, consider those who were added to TSA’s “no fly” lists by accident — once they are in that system, it’s nearly impossible to get them out.

Until governments can define privacy and security policies around IoT, software and hardware developers need to create their own framework. Here are a few key ideas:

Compatibility between devices, operating systems and software is a common debacle in the world of technology, but especially so in IoT. With a huge variety of manufacturers and providers, making devices and systems “talk” to each other can be a problem.

In healthcare IoT, when an insulin pump only communicates with a particular operating system, it inhibits functionality for patients who may have a PC running a different OS. There also could be complications around the device’s wireless standard — for example, if it uses Bluetooth, it could inadvertently connect to the wrong nearby device. As the pump ages, more compatibility issues could emerge because it will still need the same connectivity standard, which could be no longer compatible with newer computers or docking devices.

Here are a few possible solutions if you’re having IoT device compatibility problems:

As you’re developing a new device or choosing which one to use in your deployment, pay attention to developing trends and sales numbers for other IoT devices. What is the most common type of network for devices in your field? Knowing that will help make sure your device can talk to others that your end users might already have.

A current workaround for device compatibility is Microsoft’s Azure IoT Hub, a cloud-based system that serves as a kind of router for all your IoT devices, translating whatever system they are using into a common language

As more and more IoT devices become connected in a geographical area, more data will flow through those devices — including higher-bandwidth data such as audio and video — placing strain on the server farms that process all that information.

Enhanced management and edge processing can help. If IoT devices themselves are able to prioritize information and only send what is needed at a particular time, that bandwidth regulation can help reduce the strain on servers.

One perpetual problem with technology products of all kinds — including IoT devices — is the tendency for end users to avoid playing an active role in device health. They don’t want to download updates and change passwords because they feel there are negative trade-offs for doing so.

For example, end users may avoid updates because they think they take up too much memory space, might damage compatibility with other non-updated devices, or would render the device unusable during the update period. But avoiding updates can have negative effects on device security and performance, leaving it open to potential hackers — and without the features included in the latest updates.

Here are a few ways to motivate end users to play an active role in device health:

For companies and organizations that invest in IoT applications, managing their fleet of devices can be one of the most challenging aspects of successful implementation. Even with a robust IoT platform in place that supports device management, the organization needs at least a few team members who are well-versed in the technologies to oversee the deployment and deal with any anomalies and alerts when devices in the field are compromised or in need of service.

According to this piece in TechTarget, 30 percent of overall IoT systems development time is consumed with device management issues such as provisioning, onboarding, and updating devices and systems. That’s a lot of time and energy to expend, especially in companies with few IoT experts on the team. One complication is the wide variety of connectivity types that devices may be using — from 2G, 3G, 4G, and 5G networks to LPWAN to Wi-Fi and BLE — each requiring a slightly different management approach. Data organization and analysis is also an issue, especially when thousands or millions of devices are collecting and sending data.

Here are a few shortcuts for simplifying device management in your IoT fleet:

Because (like cybersecurity) it’s a relatively new field, IoT suffers from a professional skills gap. Many IT professionals are experts in some aspects of IoT, but few have the breadth of understanding and visionary skills to perceive all the possibilities — and vulnerabilities — in this exciting field.

The main reason this skills gap exists is because IoT is developing so rapidly — meaning there simply hasn’t been time for many people to develop a skillset working with this technology. There are also a limited number of IoT experts currently in the industry, making training new people even more difficult. In a recent survey, 38 percent of respondents said they lacked in-house expertise in IoT network management, while 27 percent said they anticipate challenges with IoT projects because of a dearth of in-house experience to deploy IoT.

If your organization is facing a shortfall of IoT talent, here are a few solutions:

Focus on training people within your organization — because there aren’t that many experts “out there,” start internally.

Things are changing so quickly in IoT that looking for a current expert might not be enough. While you need someone with hard skills about how the technology works, it’s also essential to look for hires who have the soft skills to learn quickly and continue to upskill going forward as new technology is developed.

Use a managed service provider

Some companies outsource their IoT work to other companies focused in the field because they’ve already done the hard work of training and finding experts. It might cut into your bottom line, but it will also save a lot of time.