What is LPWAN? (low-power wide-area network)?

What are the benefits of LPWAN, how does it work, and what are the use cases? Hologram breaks down LPWAN for large-scale IoT deployments.
Connectivity
Derrick Wolbert
February 22, 2022 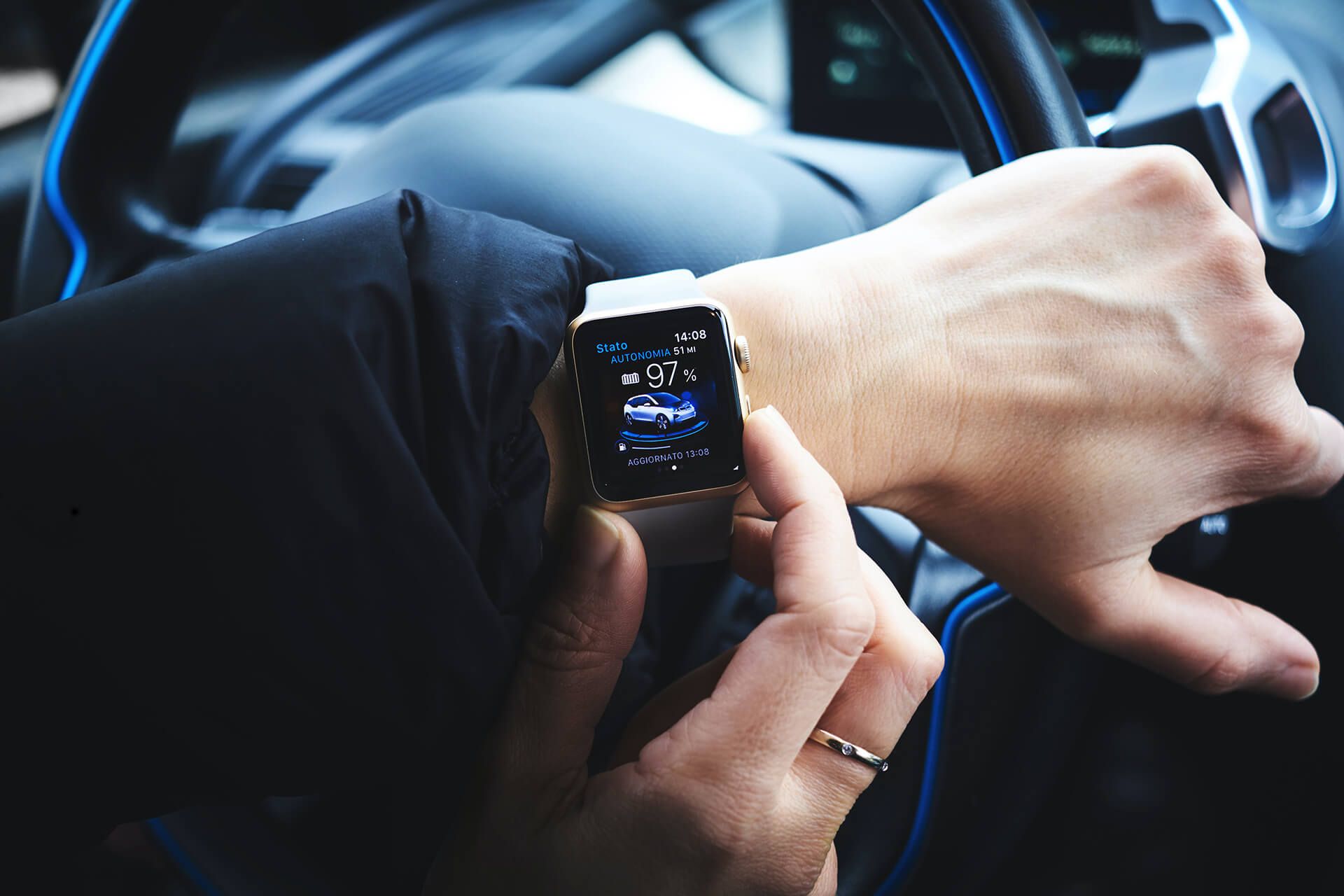 As IoT expands to include many applications across geographies and industries, there’s a need for new types of connectivity. That’s because IoT sensors have different requirements than consumer devices like smartphones do. They may be deployed in rural or remote areas or need to connect while traveling across a continent. And many IoT sensors are designed to send small packets of data from time to time without needing a constant connection to the network. For these IoT sensors in the field, saving power to maximize battery life is a higher priority than staying online 24/7. ‍

Recommended reading: What is cellular IoT? The future of IoT connectivity

Use the links below to jump to what you need:

LPWAN stands for low-power wide-area network, a technology developed for large-scale IoT deployments. This type of networking emerged around 2010 with the advent of Sigfox and LoRa, followed by NB-IoT. While they differ substantially from each other, the technologies all fall under the LPWAN heading because they share a few essential characteristics: low cost, minimal power consumption, and the ability to achieve long-range communications.‍

What are the benefits of LPWAN?

LPWAN offers numerous benefits for IoT, specifically when many devices need to be deployed in remote areas. That’s because LPWAN technology is created for devices that don’t need continuous, high-bandwidth connectivity. Instead, they typically send small packets of data and may only need to check in periodically with the network. Examples of prime use cases for LPWAN include wearable health monitors and soil sensors used in smart farming.

Compared to other cellular technologies, LPWAN uses far less power and runs on inexpensive batteries that can last for a decade or more. This longevity is advantageous for IoT deployments in remote areas or sensors that are difficult to access, such as agricultural sensors or smart meters.‍

Compared to 3G and 4G, LPWAN technology is a low-cost solution that can enable IoT deployments at scale. If a city wants to install wireless sensors in trash containers, that project is feasible with LPWAN — where it wouldn’t be with a more expensive technology.‍

Some LPWAN technologies (such as LoRaWAN and Sigfox) operate on the unlicensed spectrum, cutting out ongoing connectivity costs. However, since interference can be an issue with a growing number of connected devices in many areas of the world, some operators choose to pay for connectivity on a licensed radio spectrum.‍

Because they operate at lower data rates, LPWAN signals can travel up to 40 km in rural areas and 1–5 km in urban environments. By comparison, 4G wavelengths have a range of about 16 km.‍

While similar technologies developed in the 1980s and ‘90s, the first LPWAN that emerged was Sigfox in 2009. After Semtech acquired Sigfox in 2012, they continued to develop their low-power RF technology with IoT devices in mind.

To compete in the IoT market, the cellular industry started developing its own LPWAN solutions — primarily LTE Cat-M1 and Narrowband IoT (NB-IoT).

LPWANs allow IoT devices to send small packets of data over long distances. Typically, IoT sensors in the field rely on an IoT gateway to receive and aggregate their data before sending it on to the cloud. Non-cellular LPWANs such as Sigfox and LoRaWAN operate on unlicensed radio spectrum, while cellular LPWAN technologies such as NB-IoT and LTE Cat-M1 use licensed spectrum.‍

LPWAN connectivity uses less power because devices are designed for fewer check-ins with the server. This arrangement doesn’t fit every use case, but for many IoT deployments — such as those in smart cities — reporting from the field only at scheduled intervals is a far more efficient use of power than maintaining a constant connection.‍

LPWAN technologies tend to transmit data at much slower rates than other cellular technologies such as 3G. But in wireless networking, it’s often true that the slower the data transmission, the greater distance it can travel.

‍What are some of the leading LPWAN technologies?

While Sigfox is the oldest LPWAN technology, newer developments for cellular IoT devices have gained significant ground in the market. Let’s take a closer look at four of the most popular LPWAN categories today.‍

Another cellular LPWAN technology, LTE Cat-M1 can support higher bandwidth than NB-IoT, with upload and download speeds in the neighborhood of 1Mbps. Many operators are migrating 2G, and 3G devices to LTE Cat-M1 as those other cellular technologies come to an end.

A French company that built the first LPWAN in 2009, Sigfox continues to operate its proprietary network in many countries around the world. Like NB-IoT, it uses a narrow band and works best for very small bandwidth applications where energy savings is a paramount concern.

Developed on the heels of Sigfox, LoRa is based on chirp spread spectrum (CSS) technology and uses unlicensed radio frequency bands to enable long-range transmissions. Also a proprietary technology, the LoRaWAN network can transmit larger data loads than Sigfox, and its modulation scheme consumes more bandwidth — meaning it can enable more devices to transmit data simultaneously.

‍What are some ideal use cases for LPWAN?

IoT designers across many sectors are finding LPWAN an ideal choice for their deployments. Most IoT devices don’t need constant connectivity and the bandwidth to transmit large data packets. For most deployments of simple sensors spread across a geographical area, LPWAN is a clear solution. Let’s take a closer look at some examples of use cases in various industries:‍

Smart metering is an excellent use case for LPWAN technology. A utility company places thousands (or millions) of these meters across their service area. The sensors only need to report back periodically to guide billing information, the data load is small, and the long battery life is essential to the financial feasibility of the deployment.‍

Like smart meters, telehealth monitoring devices typically send small packets of patient data (such as a glucometer that collects blood sugar readings). The data is collected and sent periodically to a management system that the patient and/or healthcare provider can access. Long battery life is a key feature for wearable health monitors, as it ensures greater convenience for the patient and fewer interruptions in data collection.‍

Agricultural IoT devices such as livestock trackers and soil moisture sensors are typically deployed across large, rural areas. These devices collect small amounts of information and don’t require a constant connection to the network—they just need to check in periodically to deliver data to a management system. LPWAN is ideal for this category of IoT devices because it offers the needed long-range, low-power solution.‍

For companies renting bikes, scooters, and other short-range vehicles in urban areas, LPWAN connectivity provides energy-efficient, low-cost asset tracking. Sensors deliver data periodically and can be programmed to trigger an alert if someone moves the vehicle outside a designated geographic area. ‍

Many companies are installing IoT sensors on vehicles and shipping containers — and again, LPWAN technologies fit the bill for these use cases. Asset trackers typically only need to check in periodically or trigger an alert if something is amiss, and long battery life is essential to success.‍

LPWAN is the future

In 2018, LPWAN was deemed the fastest growing IoT technology on the market, with 1.1 billion connections expected by 2023. LPWAN technologies enable businesses and governments to collect new streams of important data — data that can save lives, increase efficiencies, and save energy. Ultimately, these low-power, wide-area network technologies are key to achieving the promise of an IoT-connected world.‍

For IoT, cellular connectivity provides the broadest, most secure option for most device deployments — and at Hologram, we make cellular connectivity incredibly easy. With our IoT SIM card, we support growing coverage for LPWAN LTE Cat-M1 and seamless, global coverage for Cat-M1 LTE/4G/3G/2G IoT devices in 200 countries around the world with more than 470 carriers to rely on. And with our Hyper eUICC-enabled SIMs, you’ll gain access to new connectivity partnerships without any additional carrier negotiations, integrations, or hardware swaps.